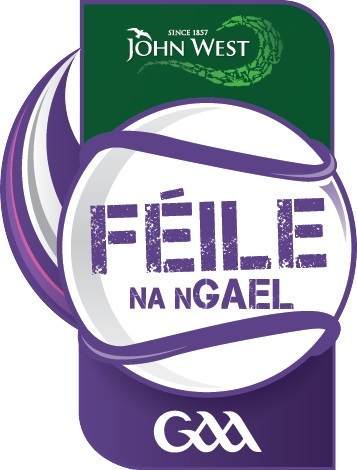 Sixmilebridge took on Doora/Barefield in the Féile semi-final, played in Clonlara on a beautiful day for hurling. The ‘Bridge had advanced to the penultimate round after comfortable wins over old rivals Cratloe and Clarecastle in the group stage. Unlike the earlier round, the Semi-finals and Final were played under the national Féile rules. This meant that each team had to make 2 subs every 10 minutes and the players introduced had to play the rest of the game. Each game was also 15 minutes a half.

The game started off with a bang for the ‘Bridge boys. Less than 2 minutes into the game, a high ball into the Full-Forward line was caught by Daniel Chaplin who turned and rattled the net. The two teams exchanged points from play. A free from Dara Fitzgerald left the score at 1-2 to 0-1 before Pauric O’ Donovan pulled a point back to leave it a one score game at half time. The ‘Bridge were no doubt the happier of the two teams, having played into a stiff breeze in the first 15 minutes.

Alas, it would be a half of frustration for the ‘Bridge after the interval. Despite playing with the elements, and continuing to play well throughout the field, the ‘Bridge lads left too many chances behind them. Some clearcut chances to take points, were spurned in favour of going for goals and this was to prove the difference between the teams. Frustratingly, the ‘Bridge’s last score of the day had been scored in the 13th minute. Doora/Barefield took advantage of Sixmilebridge’s carelessness upfront and landed 4 points to win by a point and advance to the Final, where they defeated Clooney/Quin 1-5 to 0-5.

We wish Doora/Barefield all the best as they go forward to represent Clare in the National Feile na nGael in Cork in June. Will they go one step further than the ‘Bridge did in their last appearance in 2017 when reaching the Div 1 A Final?