Buzzers defeat Tubber in Round 3 of League 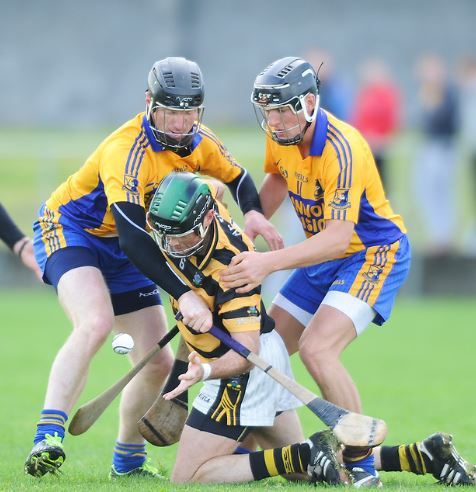 Junior B League Round 3 @ Cappa Lodge

The junior B's make it two league wins from three with a comprehensive victory over Tubber this evening. As the scoreline suggests the 'Bridge were in control and led by 4-9 to 1-3 at the break with some great passages of play throughout the field.

The 'Bridge goals came from James O'Neill, who notched a hat trick, and Jamie Lyons with 1995 All-Ireland winner Eamonn Taaffe in goals for Tubber. The 'Bridge continued their good form in the second half to outscore their opponents by 0-11 to 1-2 as manager Mikey Corbett emptied the bench.

The action continues for the Junior B's this weekend when they face a stiff test from a very strong Feakle team.