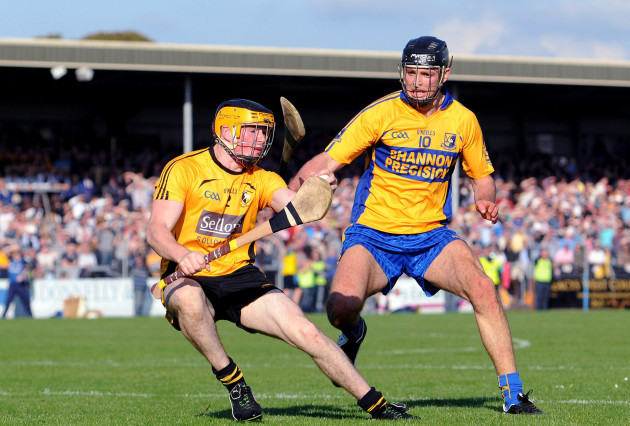 Junior B League Round 5 @ Clonlara

The buzzers made the short trip to Clonlara this evening to take on our neighbours in the league. The 'Bridge were down a few players on the evening which gave manager Mikey Corbett ample opportunity to utilise his panel.

The 'Bridge got off to a great start when a long range Donald Devanney effort was misjudged by veteran Donal Madden and ended up in the net. However, the Clonlara shot stopper redeemed himself when he stopped a penalty from his 1997 Clare minor team mate Stiofàn Fitzpatrick soon after. The visitors tacked on some good scores during this half to lead by 1-11 to 0-7.

The second half saw the 'Bridge score 3-6 in response to 1-8 from Clonlara as Jake Dineen, Ross O'Donnell and Charlie Carmody had the goals. Corbett's troops now have a two week break before they take on a very good Kilmaley team in round six.