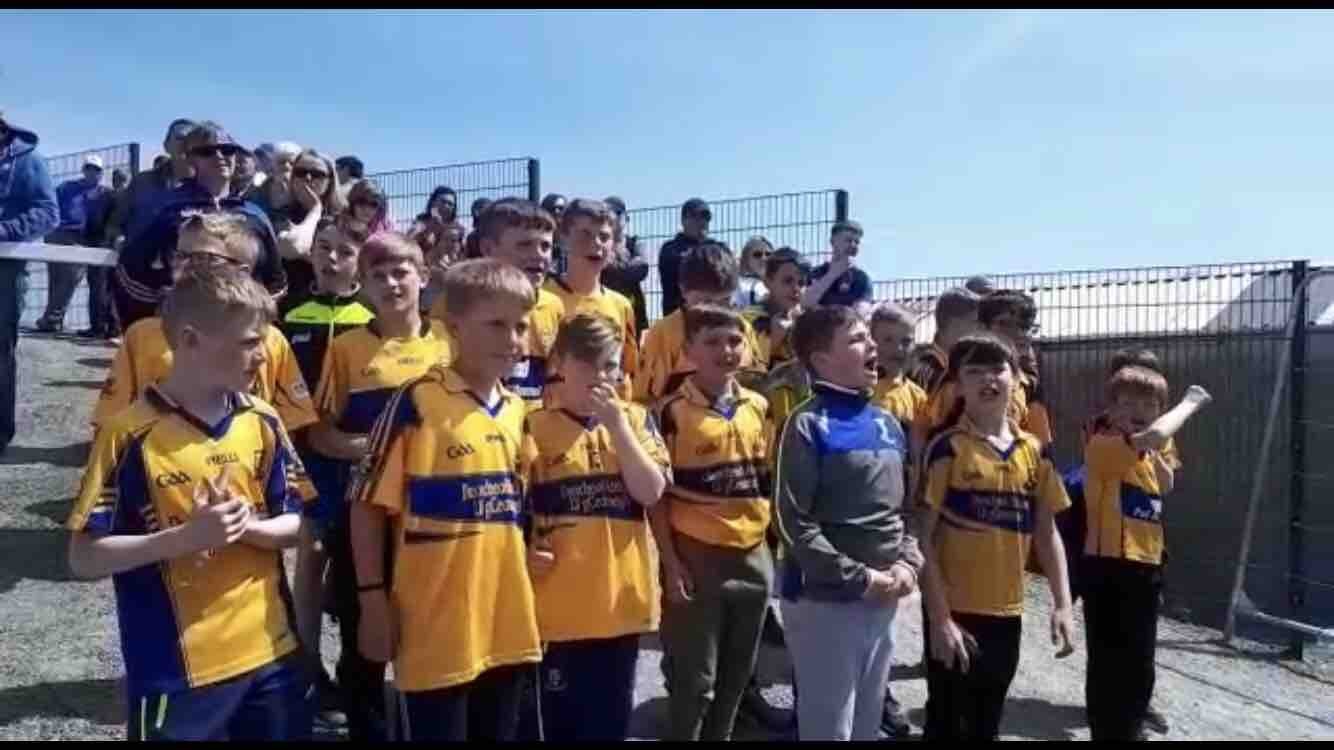 Our U12 panel (aka the ‘Bridge Ultras!) travelled to Walsh Park yesterday to support our local hero’s representing Clare.

The lads certainly made their mark on the day and were visible all over the stadium, their color, cheering and singing certainly adding to the drive behind the Clare team on the day. Their efforts were recognized by the Clare team with John Conlon giving high fives to the lads after the game. Indeed their exploits made the national media also as they appeared on Tv (Sunday Game), Radio (Rte Radio, Marty Squad) and the Newspaper (Daily Star).

The bus load of Ultra supporters left SMB headquarters at approx 9AM (a little later than scheduled as Tommy was dreaming of scoring the winning point for Tipp in an All-Ireland final!). The squad were well equipped with flags, jerseys, packed lunches and endless vocals.

We arrived in Mount Sion GAA club at 11AM in plenty of time to see both the minor and senior games. Many thanks to Mount Sion for providing convenient and free parking. The U12 Ultras then led a singing procession to Walsh Park. The fanfare attracted many supporters and lots took videos of the boys blasting out their best ‘Everywhere we go, People always ask us.....’, this seemed to encourage the boys and the singing grew louder! 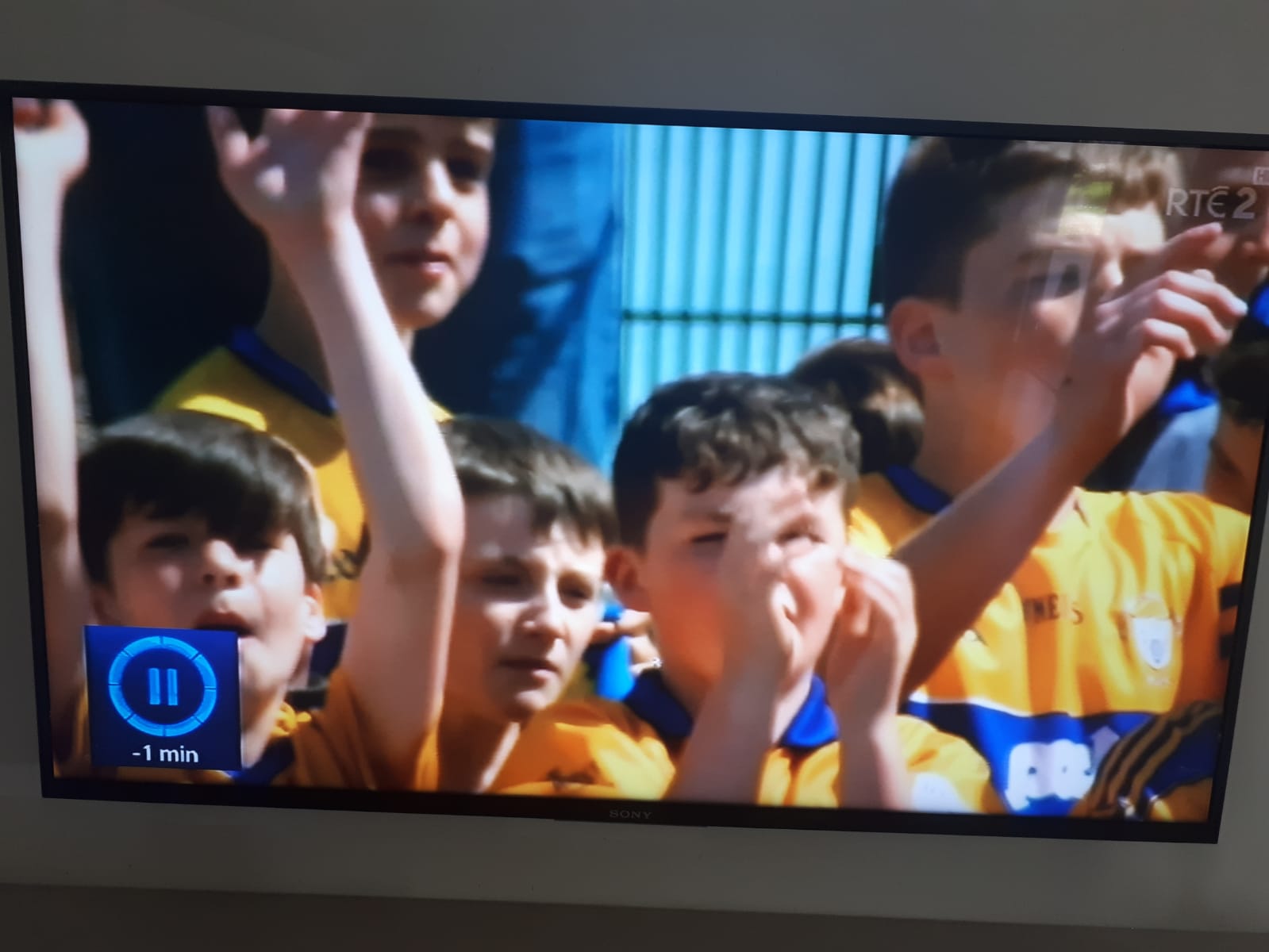 See video of the boys singing on the terrace here https://youtu.be/OVnjJEkmo44

We enjoyed shouting on Storm, Dylan & Sean in the minor match. They represented our club very well and deservedly got a great win.

The sun shone bright all day and the seniors secured a great victory also. Well done to Seadna, Cathal and Shane and Dr. Quinn.

After the game, John Conlon took the time to meet the players, giving all the lads a high five! Many thanks to John for taking the time. And as if things couldn’t get any better, Brenda o’Donoghue from ‘The Marty Squad’ on Radio One interviewed some of the lads about the game. Great analysis of the game was provided and some songs too. 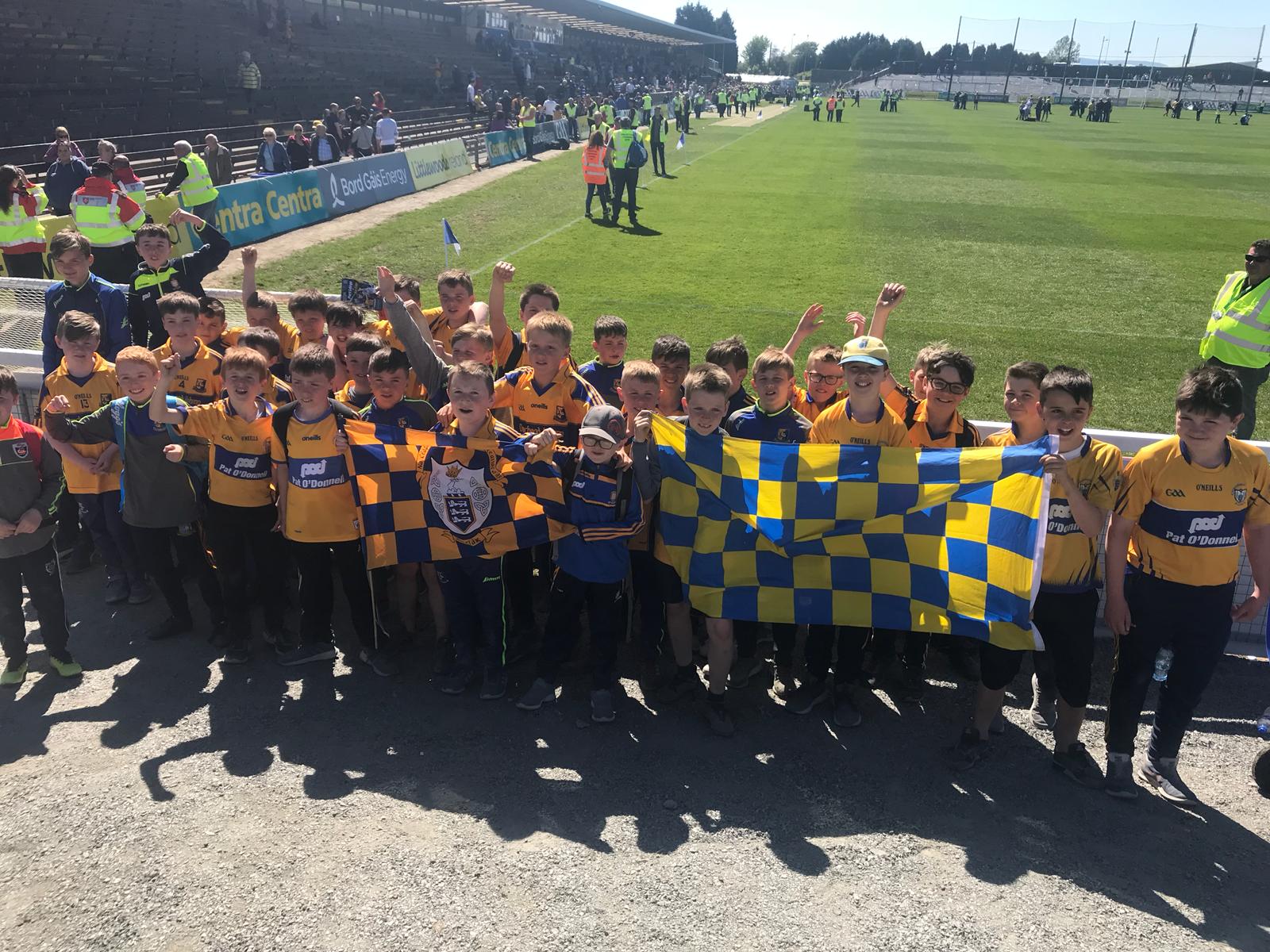 We ate in Clonmel on the way home and arrived back at SMB HQ at 8PM. We had an amazing day, with sunshine and 2 Clare victories. Thanks to all the coaches for managing a great day and especially to Brian for organising the day out. Many thanks to Edel and John for somehow securing enough tickets for the whole panel.

But most of all, well done to the U12 players who at all times behaved excellently. The coaches are very proud of them and they added massively to the atmosphere in Walsh Park yesterday.

Photos, videos and the interview from ‘The Marty Squad’ which captures the boys in full voice and features our future Sunday game analyst Mark Mullins giving his own analysis of the game can be seen below. The boys singing starts around the 27 minute mark and our analyst is on around the 32 minute mark.