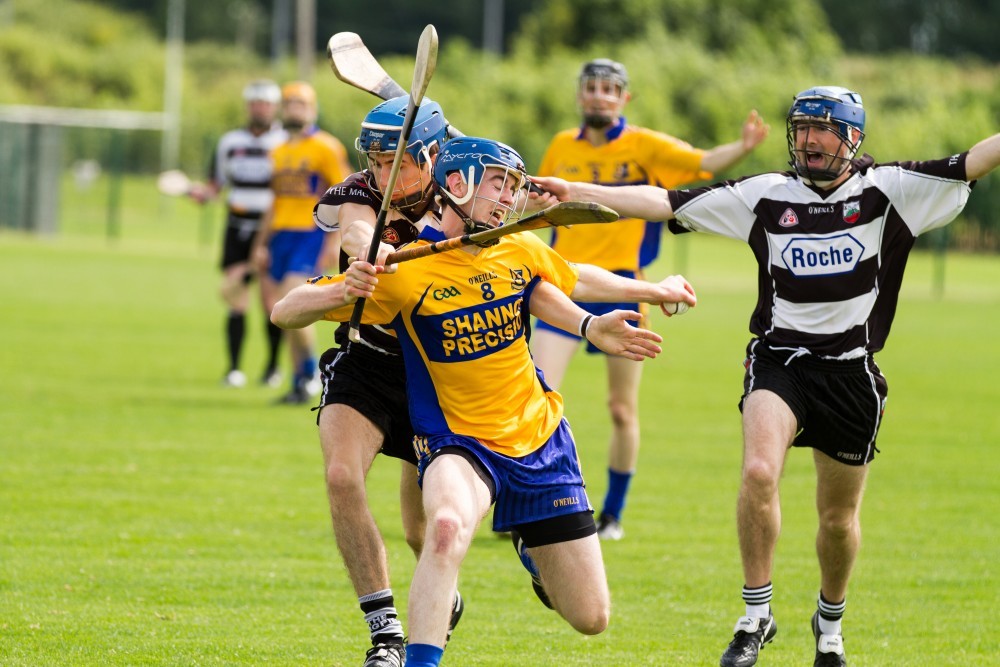 U14 Academy versus Clarecastle Match Report

The U14 Academy team played Clarecastle in the 3rd game of their Championship in O’Garney Park Saturday last. The game was played in ideal conditions with only a light breeze blowing towards the school end. The ‘Bridge elected to play with the wind and made full use of it, racing out to a 2-6 to 0-1 lead.

This was in large part thanks to goals from Eamonn Breen and Niall Moloney while Finn Murphy and Breen each chipped in with a couple of points. Breen raised another green flag before Clarecastle struck for goal on the stroke of half-time to leave the score at 3-7 to 1-2 to the hosts.

Clarecastle started the second half the brighter, rattling home a penalty and tacking on another free soon after. Sixmilebridge soon got back on top, striking over 3 straight points, 2 from Calum Phelan. Clarecastle pulled a point back before the ‘Bridge finished with a flurry, with Phelan scoring 2 more points and Don Whitty also hitting the back of the net. This was the Academy teams 3rd win from 3 on a score line of 4-12 to 2-4.