U14s defeat Ballyea in round 3 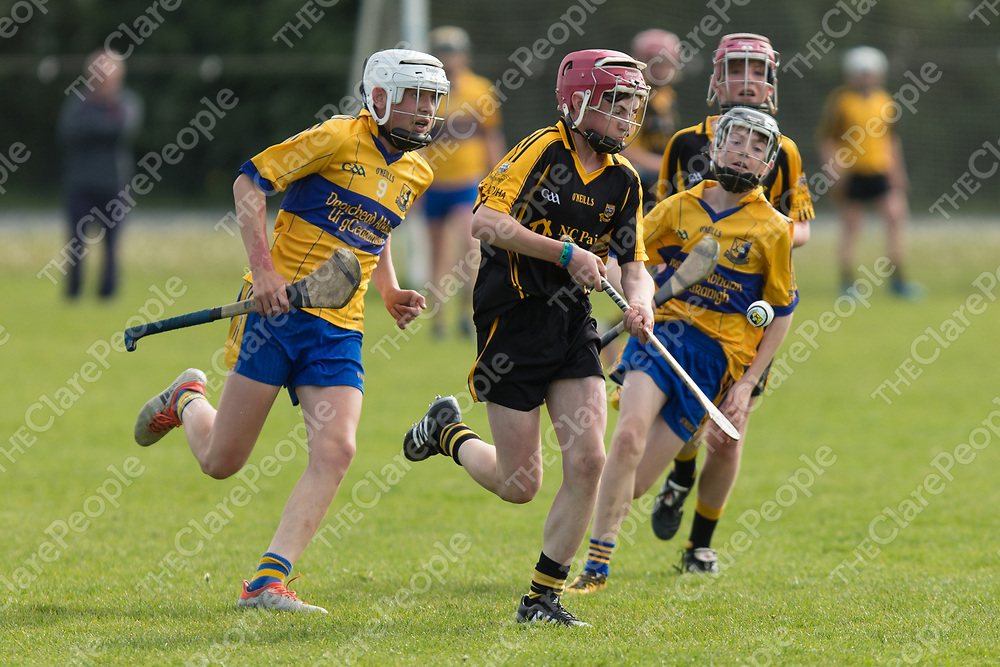 U14 A versus Ballyea- Match Report

The U14As continued their group stage play with a match against the struggling Ballyea. Sixmilebridge had home advantage for this game and the fixture was refereed by Jim Hickey. The game got off to an inauspicious start, with no scores in the first 12 minutes.

The ‘Bridge struck first with Lee Mulready’s shot being half-saved by the goalkeeper before nestling in the far corner of the net. Ballyea replied with a free before the ‘Bridge rattled off 1-4 reply. The main men in this period were Jack Holloway, who scored 1-1, and Fionn Hayes who clipped over 3 points. Ballyea responded with two points and Dara Fitzgerald scored a free with the last puck of the half to leave the score at 2-5 to 0-3 entering the break.

The hosts started the second half with a bang, with three goals in the first ten minutes. The first two were slightly fortuitous, with Paddy O’ Reilly lobbing the goalie from a fair distance and the second a result of a goalmouth scramble. The third goal was all skill however, with Michael Morey finishing off a good team move to leave the score at 5-5 to 0-4. The game petered out with the ‘Bridge striking for two more goals and Ballyea grabbing a consolation goal at the death. The game finished with a massive victory for the U14s with the final score reading 7-8 to 1-4.