Community Games Hurling round up 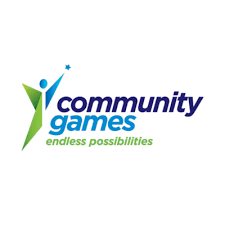 The 2019 Community Games hurling competition took place in O'Garney Park, Sixmilebridge on June 3rd (Bank Holiday Monday) with 11 teams (representing 10 areas) competing on the day. As with previous years, Sixmilebridge\Kilmurry entered two teams in the competition to ensure that all eligible boys in the area get the chance to represent their community in this tournament.

The SMB Blue team started their campaign against eventual winners Derg (a combination of Scariff, Ogonnoloe and Bodyke) in wet and windy conditions at 10am.
Despite being in control for much of the first half, the Bridge boys went into the break with a slender one point lead. This proved insufficient in the second
half as our lads played into a stiffening wind, with the Derg team eventually reeling them in with some excellent points from placed balls. Despite a last gasp effort to grab a late goal, it wasn't to be for the Bridge boys who succumbed to a two point defeat.

Conditions calmed down a bit by the time SMB Yellow team played in the quarter final against an Inagh team which had accounted for Cratloe in the first round. This team, a significant number of whose players will be underage again next year, put on a very brave display of defensive heroics with Inagh eventually pulling away late in the second half. This Inagh team eventually made it through to the final where they were narrowly defeated by Derg.

While it wasn't to be our day, the coaches of both SMB Blue and SMB Yellow teams are very proud of the performance of their players.
As we were hosting the event this year, a concerted effort was made over the last few weeks to fully prepare for it. All U10 training for the month of May was focused on Community Games with additional sessions added to accommodate our U11 players. The benefits of these sessions really shone through today with the skill, tenacity and honesty of effort shown by all players in both games. It was fantastic to hear these young boys encouraging each other throughout their games. The future of Sixmilebridge hurling is in safe hands with these kind of characters coming through the ranks.

As with any event like this, the action on the pitch is only half the story. A massive effort went on behind the scenes in the weeks leading
up to the tournament and on the day itself to ensure it was a success. A big thank you to:

Finally, best of luck to Derg in the Munster Community Games competition.