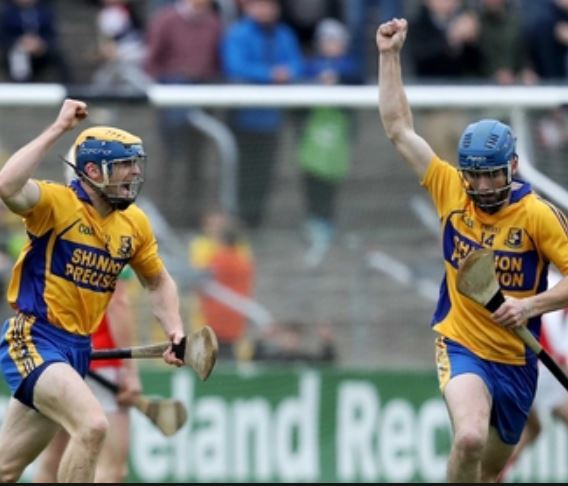 Alex Morey marked his first start with the seniors in 2 years with a man of the match performance in O'Garney park on Friday evening in round 8 of the Clare Cup against Feakle. While the Bridge were chasing the game for long periods it was Mini Mow who kept the score board ticking over from play and placed balls and his aerial ability added a new dimension to the forward line.

Feakle lead by 3 at the break and this would have been more but for the rather fortuitous goal just before the short whistle by corner forward Ciaran Hassett. Feakle did all the running early in the second half and lead by 6 points with close to 10 minutes remaining. However danger man Morey gathered possession and was hauled down when bearing down on goal for keeper Derek Fahy to bury the resultant penalty to bring the Bridge back into the game. This they did and they finished the stronger side to ensure a 2 point win and move them to the top of Clare Cup Division 1A with one game remaining against Tulla.