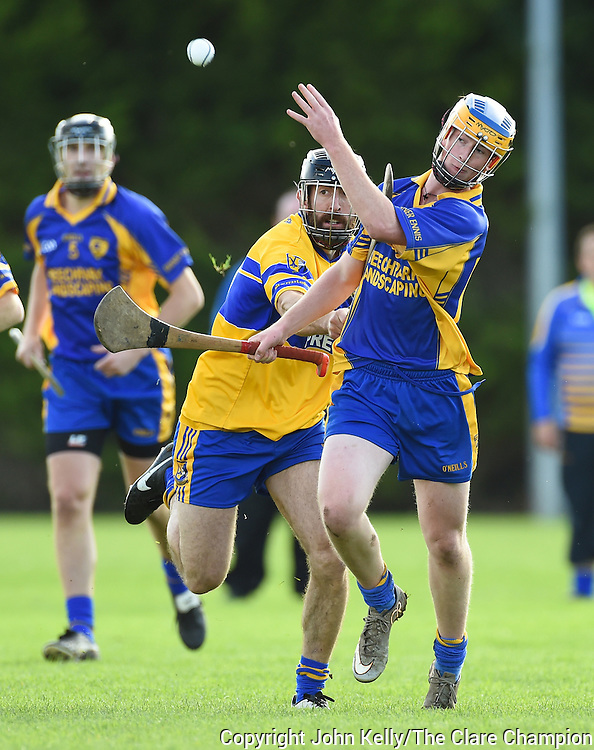 Junior B League Round 7 @ The Banner, Ennis

The old saying 'goals win games' proved true in Ennis this evening as the buzzers exited the league at the hands of The Banner. In what was effectively a league quarter final for the 'Bridge, they came out second best to the Ennis men who prevailed in a tough physical battle.

The Banner, who this year are managed by 'Bridge clubman Tommy Liddy, surged ahead with two early goals to go 2-3 to 0-3 clear by the first quarter. Indeed, two more majors sent them in at the interval 4-6 to 0-8 with a big improvement needed from the visitors.

The 'Bridge were a different team in the second half outscoring the hosts by 0-9 to 0-5 but unfortunately the deficit proved too much with the home side fully deserving of their victory. To make matters worse the 'Bridge finished the game with fourteen when Jamie Lyons saw red near the end.

With the league over for another year, thoughts now turn to the championship which starts the end of June.