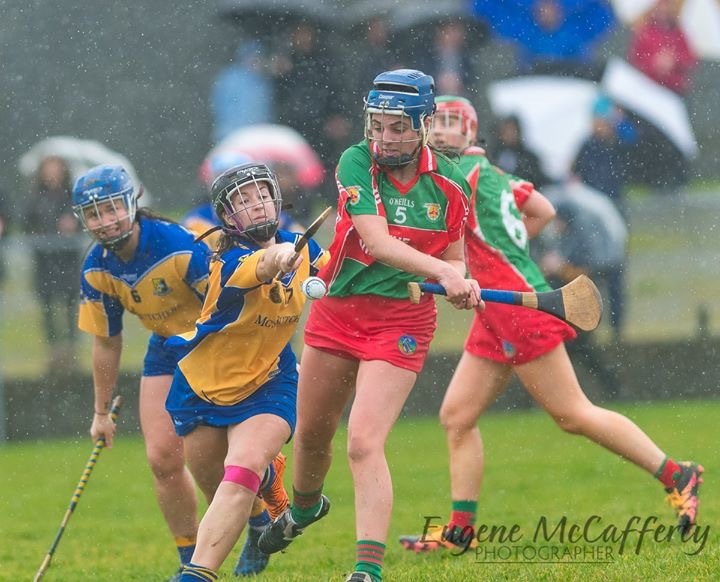 Clooney were first to register a score when they pointed from a free. Murphy then pointed a second from a placed ball. The first ‘Bridge  score came when Morey put over a free. Finia O’Brien added to this when she split the posts. Good team work from Morey and O’Brien led to the ‘Bridge adding another point. Clooney answered when Murphy pointed two more frees. Only two points separated the teams at half time, Clooney led 0-7 to 0-5. In the second half both teams exchanged points before Clooney found target in the ‘Bridge net. The ‘Bridge bounced back with three more points. But Clooney kept the scoreboard ticking over. In the final minutes Clooney were on top with a four point advantage. Morey’s shot on goal from a free caused a stir in the square. In the end Clooney came out on top, with the goal seperating the sides.