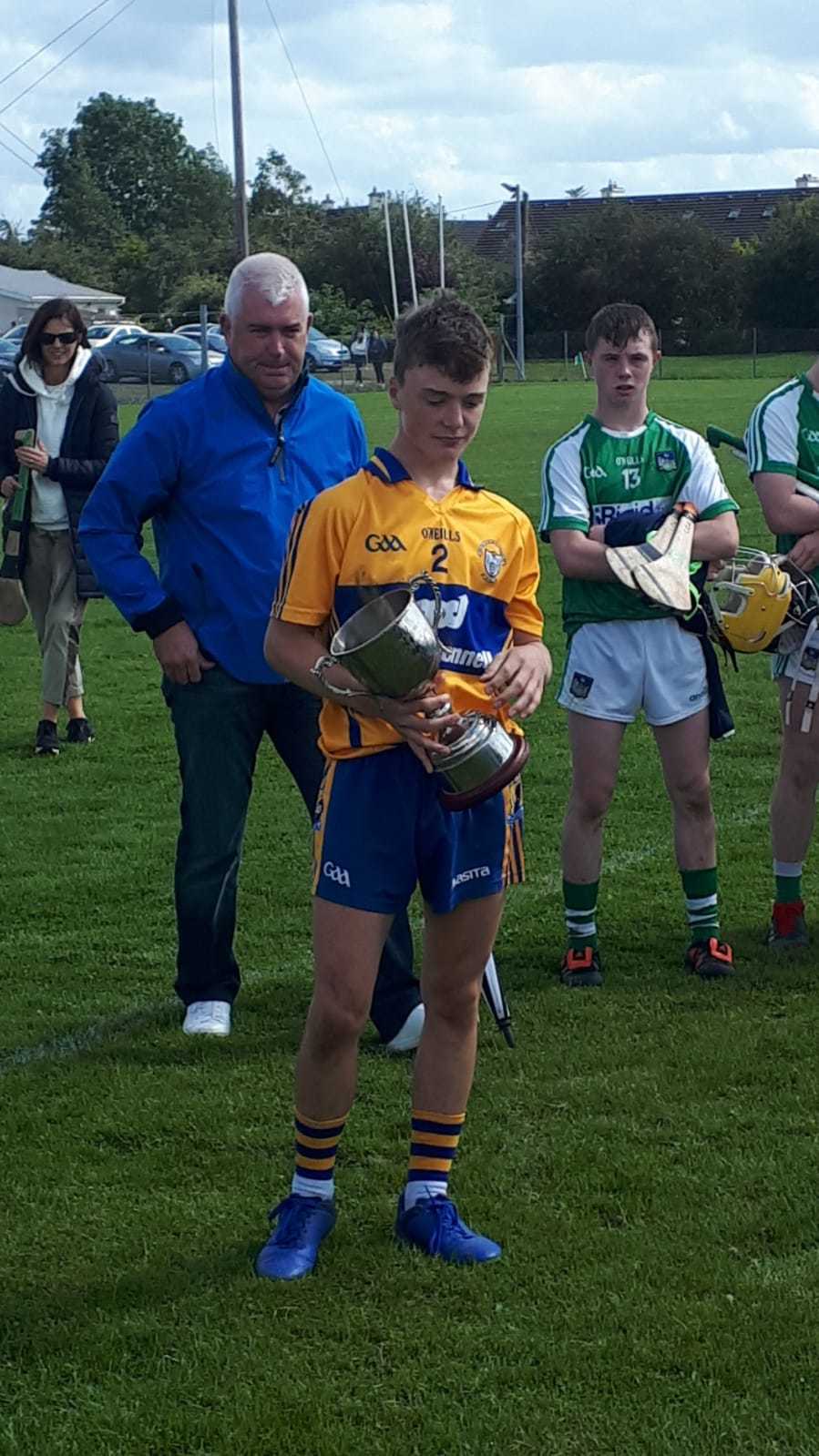 Congratulations to Colm Flynn and David Kennedy who were part of the Clare U16 squad who won the Sean O Connor memorial tournament in Limerick today. They defeated Kildare and Limerick. Colm was captain on the day. In the four team tournament, Clare beat Kildare to reach the final while Limerick beat Westmeath in the other semi final. Clare beat Limerick in the final 1-17 to 0-19 to win it. Evan Murphy and Cian Fawl were part of the other U16 squad and they beat Kilkenny and Waterford last week to reach the final stages of that tournament where they will meet Limerick, Cork and Tipperary at the end of August. Terence Chaplin is also part of the Clare U16 management team.