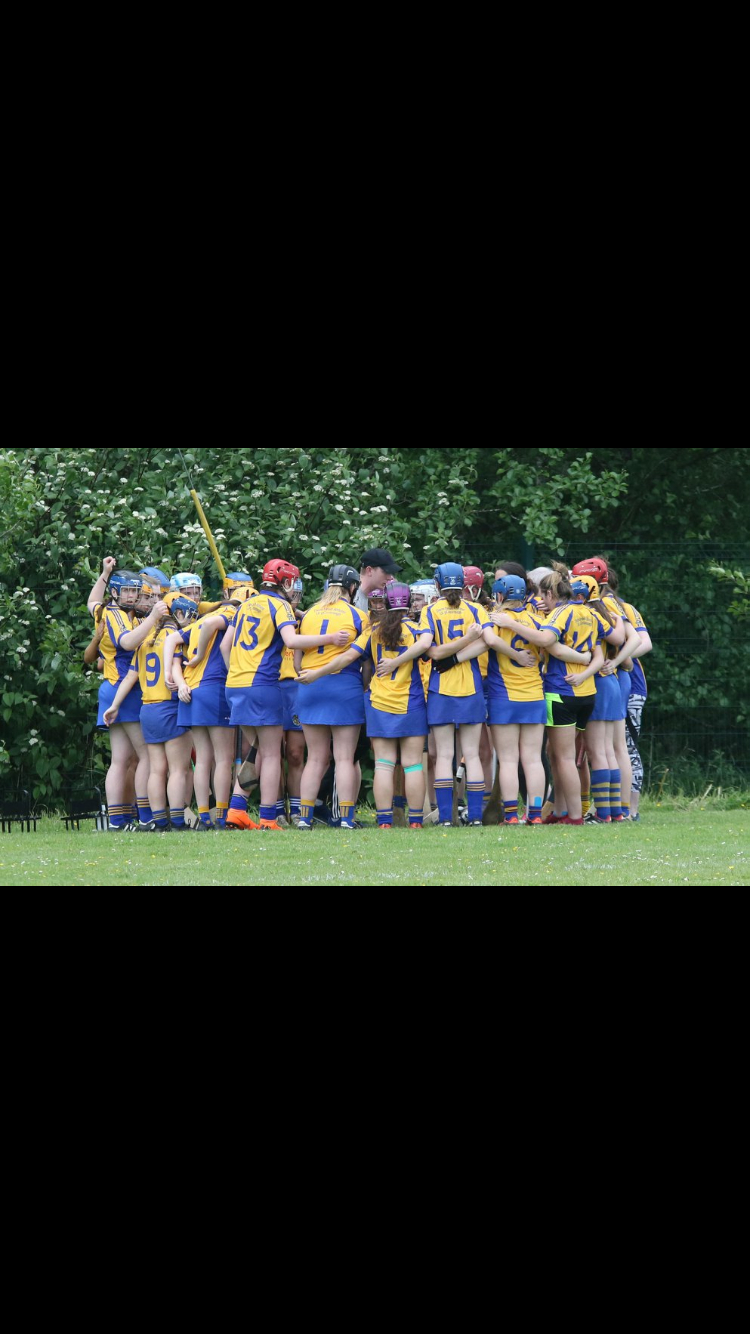 The Bridge faced the Blues in soft conditions on Saturday. Sixmilebridge dominated at the start; Finia O’Brien was first to raise the green flag, Corry repeated this minutes later. Newmarket came back with a goal of their own, followed up with a point. Corry rattled the Newmarket net once more. Morey and Carroll added a point a piece. Newmarket put one over the bar. Both teams then exchanged two points.A shot on goal was saved by Loughnane and went out for a 45 which Newmarket pointed over the bar. Morey added a further 3 points when she split the posts with her frees. This meant that at half time Sixmilebridge led on a scoreline of 3-08 to 1-05.

Newmarket came out strong at the start of the second half initially scoring a point before taking their shot at goal. They continued their dominance by putting two points over the bar one from a free. Morey scored first for the ‘Bridge in the second half when she got a point from a free. Newmarket added who more points from placed balls. Morey added another point this time from play. Newmarket came back this time raising the green flag. Both teams exchanged points before Newmarket added two more to put them in the lead by three. Sixmilebridge never gave up and a placed ball for the ‘Bridge provided a threat of a goal but there was too many bodies on the line for it to come off.