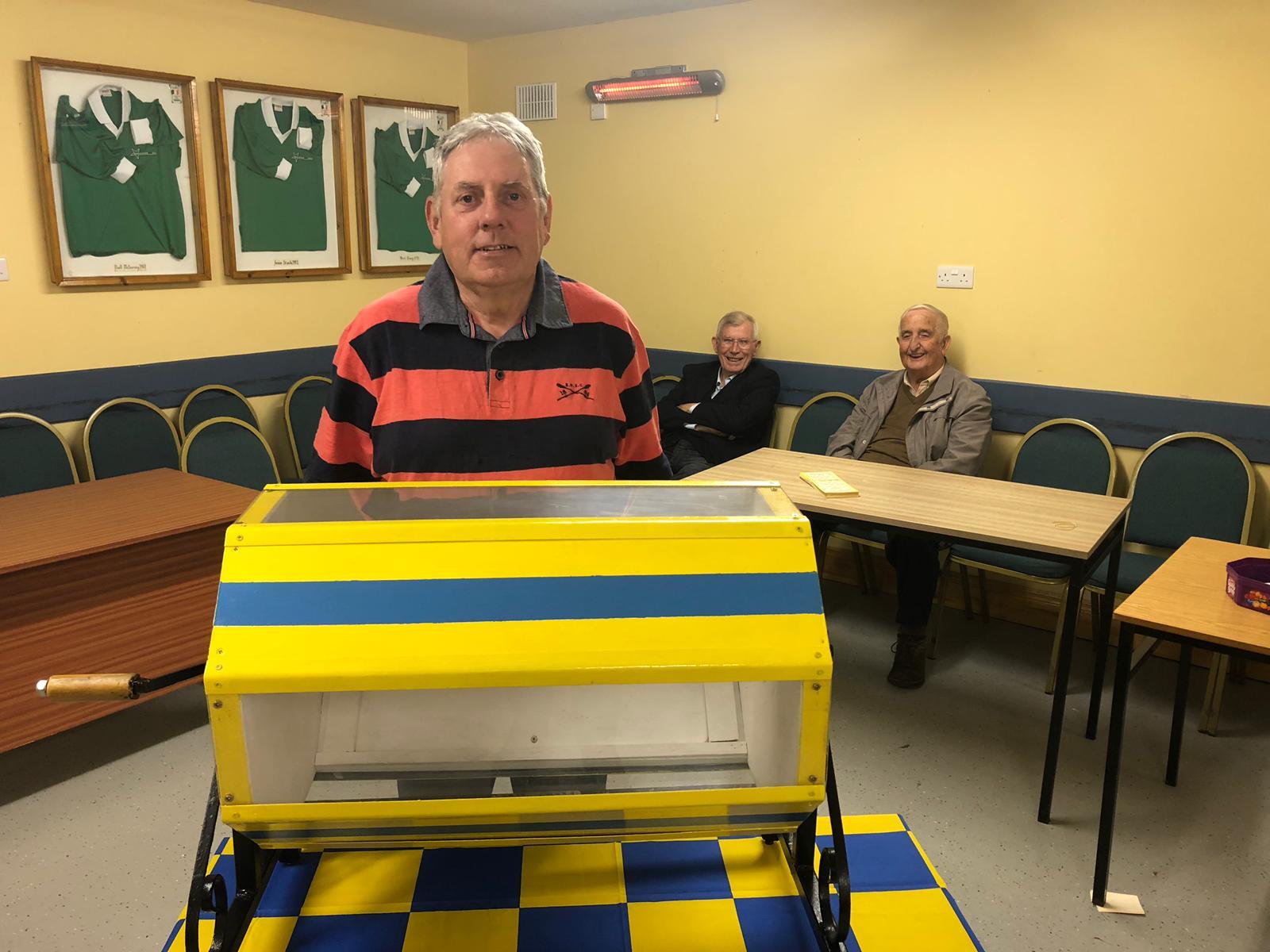 The local mens shed group recently presented a new lotto drum to Sixmilebridge GAA club for housing the club lotto tickets for the weekly lucky dip draw. The club are most thankful for this lovely gesture and a special mention to Johnny Loughnane who oversaw the project with a number of his colleagues. It got a great reaction at the clubs weekly bingo (8pm - 10:30pm every Monday at the GAA Hall... all welcome!), when it was unveiled last week when 10 lucky dip tickets were pulled out. The jackpot now risen to over €13,000, the local shops & pubs are returning more ticket sales than ever before, so the old box had done its time.

The Sixmilebridge/Kilmurry Mens shed meets every Tuesday night from 7pm to 9pm at the old courthouse building in the village. The meetings consist of chat and craic with cups of tea and card playing as well as plenty of practical work options for those willing. Current projects include Bird Boxes for the winter and another project for St. Josephs Hospital in Ennis. Events are regularly orgainsed including the recent completion of a glass cutting class while winter fitness classes are starting up soon on Thursday nights. The group welcomes all new comers from near and far with regular visitors from Newmarket, Kilkishen and the famous Clare hurler Naoise Jordan from Parteen/Whitegate. If your interested call in for a cup of tea any Tuesday night and Tony Quinn and the gang will look after you.

Pictured below overseeing the lotto draw is Sean Corbett from the mens shed group along with Paddy Collins and Sean Lonergan. 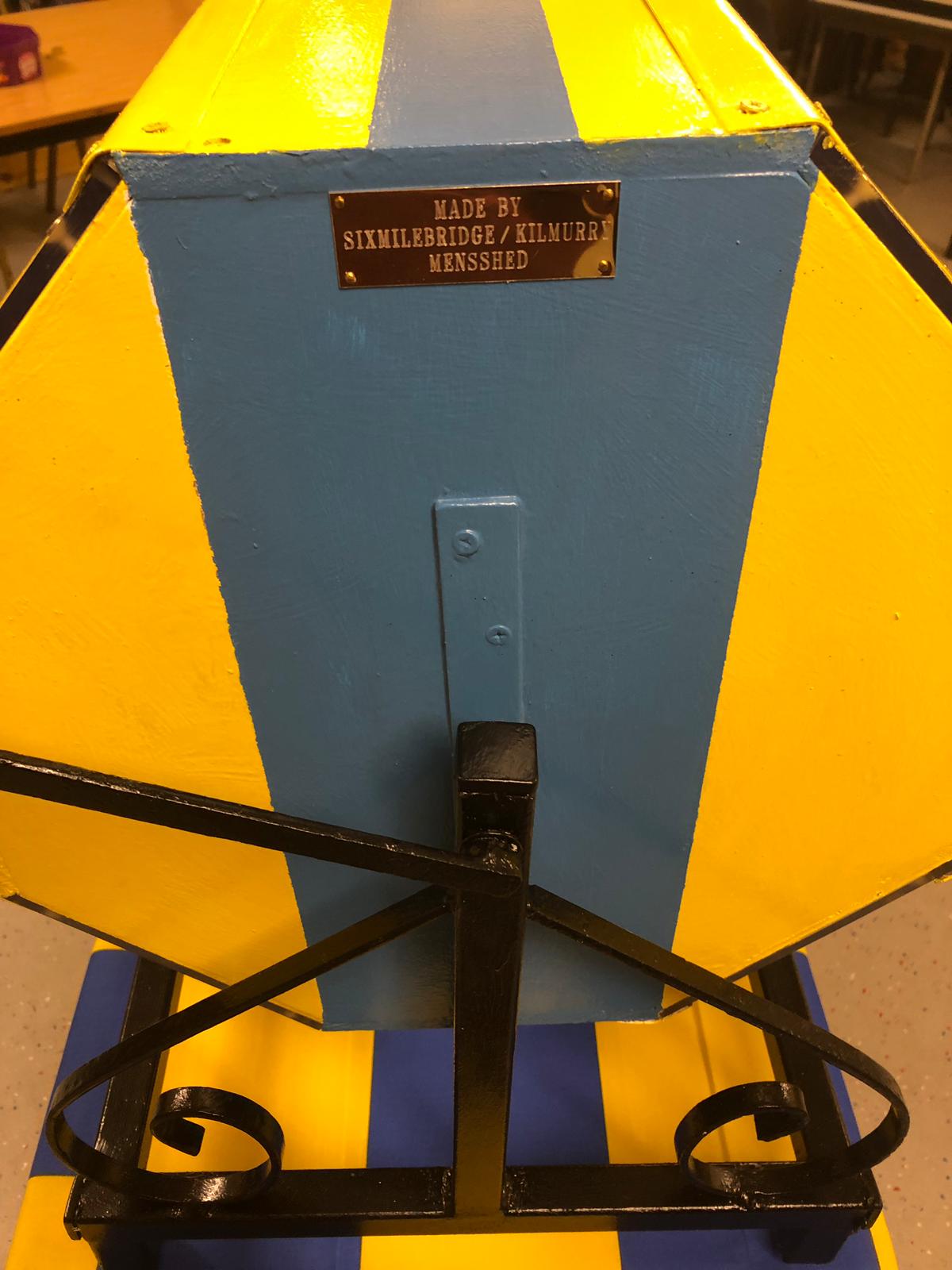