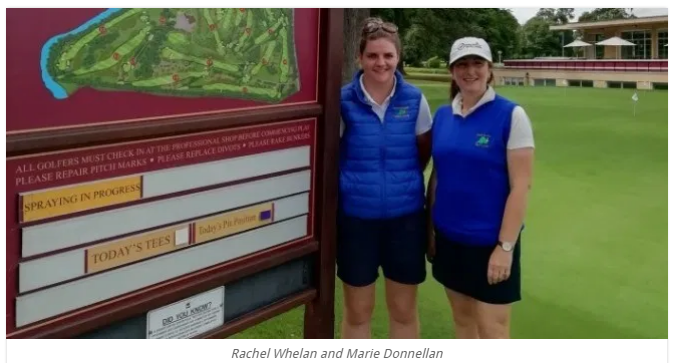 Two Clare women are set to take on one of the most renowned golf courses in the world next week as part of the Coronation Foursomes.

East Clare Golf Club duo Rachel Whelan (SMB) and Marie Donnellan(Kilkishen) are preparing to travel St Andrews next Monday where they will play the Eden Course in the Grand Final of this year’s tournament.

It marks the latest step in their progression having only taken up the sport in 2017 through the “Get into Golf” programme hosted by East Clare Golf Club before joining as full members the following year.

They won the qualifying competition on their home course before going on to win the Area Final where the first prize was an all expenses paid trip to the famous Scottish venue. They will be representing Ireland while competing against 15 other qualifying pairs from Northern Ireland, Scotland , England and Wales.

The R&A Coronation Foursomes is the largest domestic golf participation event for women and girls in Great Britain and Ireland, with over 25,000 golfers from 1,100 clubs taking part in 2019.

The very best of luck to Rachel from everyone in the club.