Busy day for the Under 10s 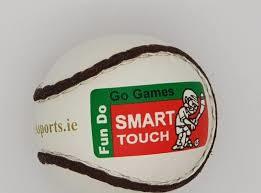 Another busy Saturday for our U10 squad with a team making the long journey to St Marys, Clonmel to compete in the Frank Maher tournament and 2 teams making the shorter trip to ClooneyQuin to take part in the last Go-Games blitz of the season.

The 2018 Sixmilebridge U10s won the Frank Maher tournament last year so this years team traveled down to defend the title against some stiff competition inlcuding Mt Sion and Lismore (Waterford), O'Loughlin Gaels (Kilkenny), Sarsfields and Erins Own (Cork), Clarinbridge (Galway), St Marys and Mullinahone (Tipp) with ourselves as the sole Clare representatives. Clarinbridge had Micheál Donoghue on the sideline, with Doc and the other 'Bridge coaches hoping they could test their tactical acumen against the former Galway supremo if their paths crossed :)

The boys got their Group campaign off to a good start with a hard fought victory over Erins Own. Our lads were very tuned in despite the long journey and made a strong start to the game and managed to stay in front despite some tough battling by the Cork side. The next game was against O'Loughlin Gaels with the 'Bridge getting to half time with a 2 point lead. However, a strong restart by O'Loughlin Gaels saw the Kilkenny team take control early in the second half and go on to win the game. Last group game was against Mullinahone with the Bridge boys knowing a victory was needed to keep their dreams of retaining the cup alive. The lads controlled this game and ran out comfortable winners to finish second in the group. The 'cup' dream was over but this meant our next game was the Shield semi-final against hosts Clonmel - this was a great game with the Bridge battling back after a poor start to lay siege on the Clonmel goal. Despite getting within 2 points of the hosts with a couple of minutes to go, the boys couldn't quite get that elusive goal to seal victory. There were lots of tears of disappointment when the final whistle went but the boys should be very proud of how they performed and conducted themselves throughout the day. 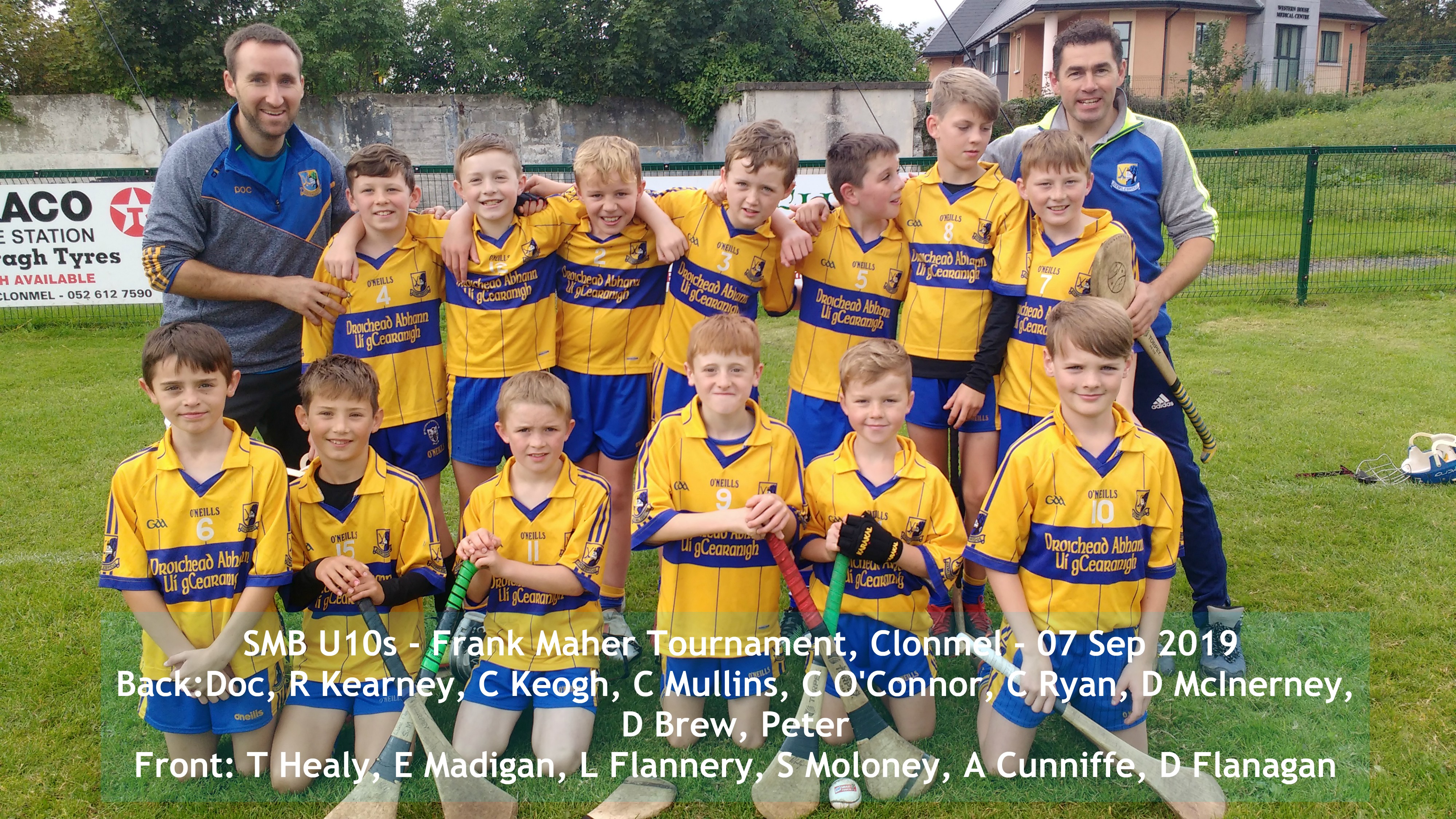 Unfortunately the much anticipated Battle of the Bridges (and Doc v Donoghue) never transpired. The nearest we got to it was when some members of each squad met in the Supermacs queue in Tipp town on the way home!!

Massive thanks to St Marys for inviting us to Clonmel for their superbly organized tournament and their hospitality on the day.

A big thanks also to all the parents, brothers and sisters who traveled to Clonmel yesterday. The boys really appreciated the support, especially in the semi-final against the host club who naturally had a large following.

Meanwhile, back at the ranch, Assistant Head Coach Caimin Morey had a sleepless night as he was tasked with putting together two teams to represent the Bridge in the Go-Games blitz at ClooneyQuin. 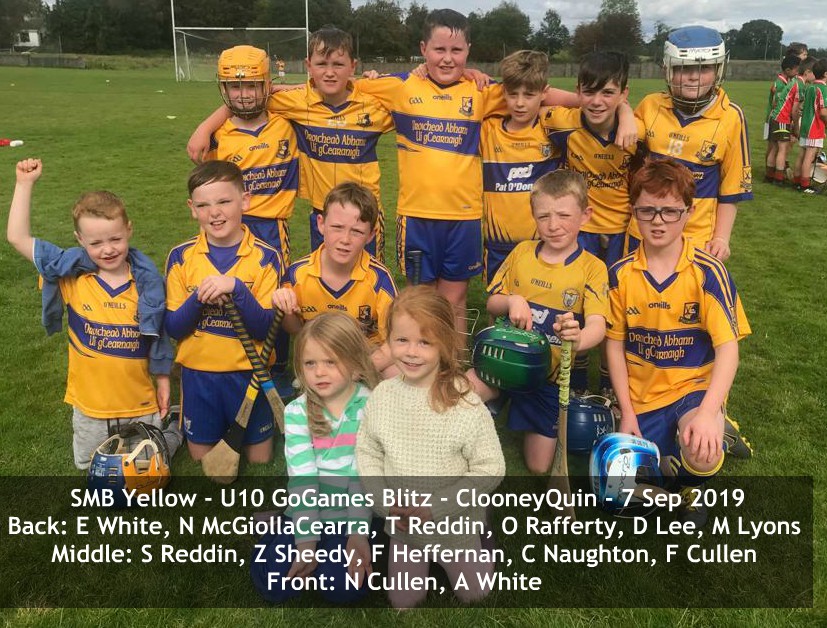 Another great afternoons hurling was in store with they boys putting on a fine display of skills, tight marking, work rate and attitude as they played games against St Josephs, Newmarket on Fergus and the hosts. 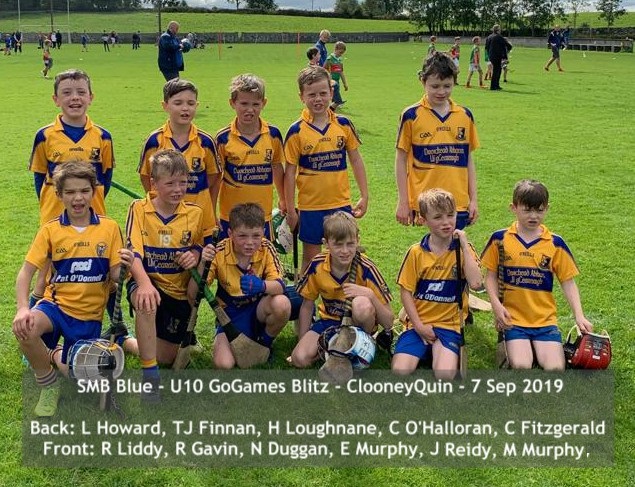 The U10 squad are getting plenty of hurling at the moment with many of them lining out with the U11s on occasion - special mention for Dylan L and Ronan who played with the U11s in Monaleen on Friday evening and in ClooneyQuin on Saturday - well done lads!