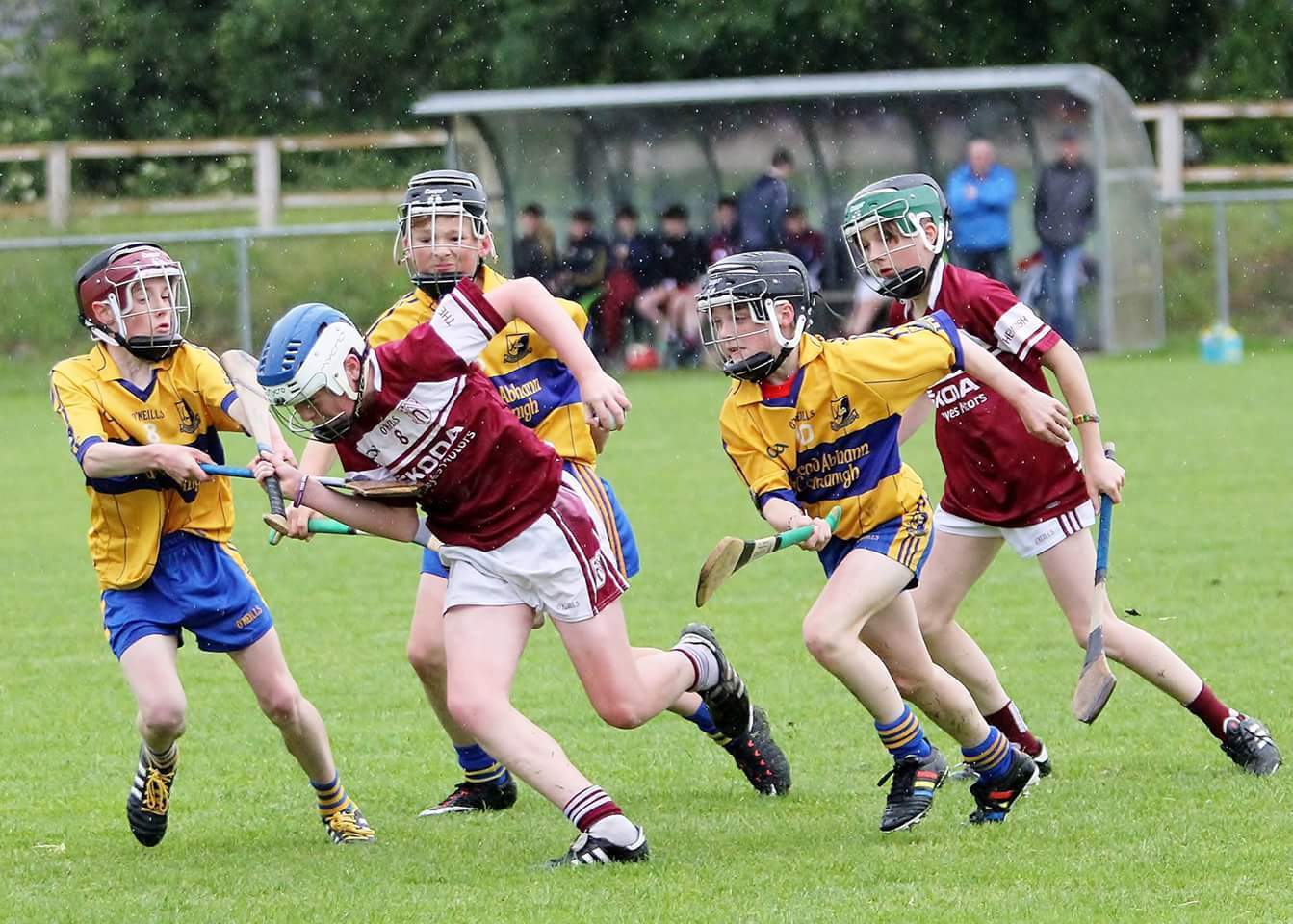 Under 16 A Championship Round 4.

Sixmilebridge under 16’s were in Gurteen last Sunday afternoon for this Round 4 Under 16 A match against St Joeseph’s Doora Barefield. Michael Nash put the home side in front 2 minutes in with a pointed free but it was the ‘Bridge boys who settled in quickly after that scoring 1-4 without reply the pick of which was a 5th minute goal from Colin Kelly, who was put through unmarked following a good pass from Oisin Breen. Kelly made no mistake rifling the top left corner giving Evan Creaven in DB goal no chance.

10 minutes in they were 6 points clear and as sometimes happens with teams that go ahead in a quick burst they seemed to switch off allowing DB back into it and they took full advantage halving the deficit entering the second quarter. The ‘Bridge however soon bounced back and Colm Flynn started their revival after a good passage of play when Evan O Callaghan and Evan Murphy combined to clear their lines to put Flynn free to score a cracking point followed a minute later with another by Luke O Halloran who was becoming a lot more involved after he moved out the field. The rest of the half was even enough with both sides exchanging scores leaving the interval score 1-11 to 0-10 in favour of the ‘Bridge. A good position to be in from a ‘Bridge perspective with wind advantage to come.

Just like the first half it was DB who were first out of the blocks with a well taken point in the first minute but the ‘Bridge response was immediate. Adam Murray won his ball in the corner and made a run at goal laying off a pass to Colin Kelly who dropped it but pulled first time into the back of the net for his second goal. Dara Casey slotted over a point a minute later and the ‘Bridge looked like they were cruising.

Again just like the first half they switched off and this time they found it very hard to switch back on. They got careless and gave momentum completely to DB for much of the second half conceding several silly frees which were duly dealt with by Michael Nash and Morgan Lahiffe. DB were slowly but surely wearing the ‘Bridge down and were much the better team all over the field. The ‘Bridge were in danger of being caught in this one but with five minutes left Scott Kirkland took the initiative and made a good run up the wing passing to Noel Flynn who shot at goal with Evan Creaven making a great save. Unfortunately for the DB net minder Adam Murray was there to finish it to the back of the net to give the ‘Bridge some breathing space which they badly needed.

There was more drama as the game moved into injury time when DB were awarded a penalty which Michael Nash buried leaving three points between the sides with 3 more minutes to play. Luke O Halloran finished the scoring topping off an excellent individual display with lovely point well into injury time. The ‘Bridge held on and it was their ability to get goals at vital stages that got them over the line.

For Sixmilebridge Luke O Halloran, Evan O Callaghan, and Scott Kirkland were the three who really stood out with O’Halloran excelling in the first half.

Note: Sixmilebridge will now go forward to the Qtr Finals as the top team in their group having won all their group games and also have now received a walkover from Bodyke/OC Mills in the game that was due to be played this Sunday 15th September.

Well done to the players and management thus far and we look forward to seeing how they respond to the different dynamic of knockout competition, when they play their Qtr final on Sunday week 22nd September. Stay tuned to ClubZap for details of opponent early next week.