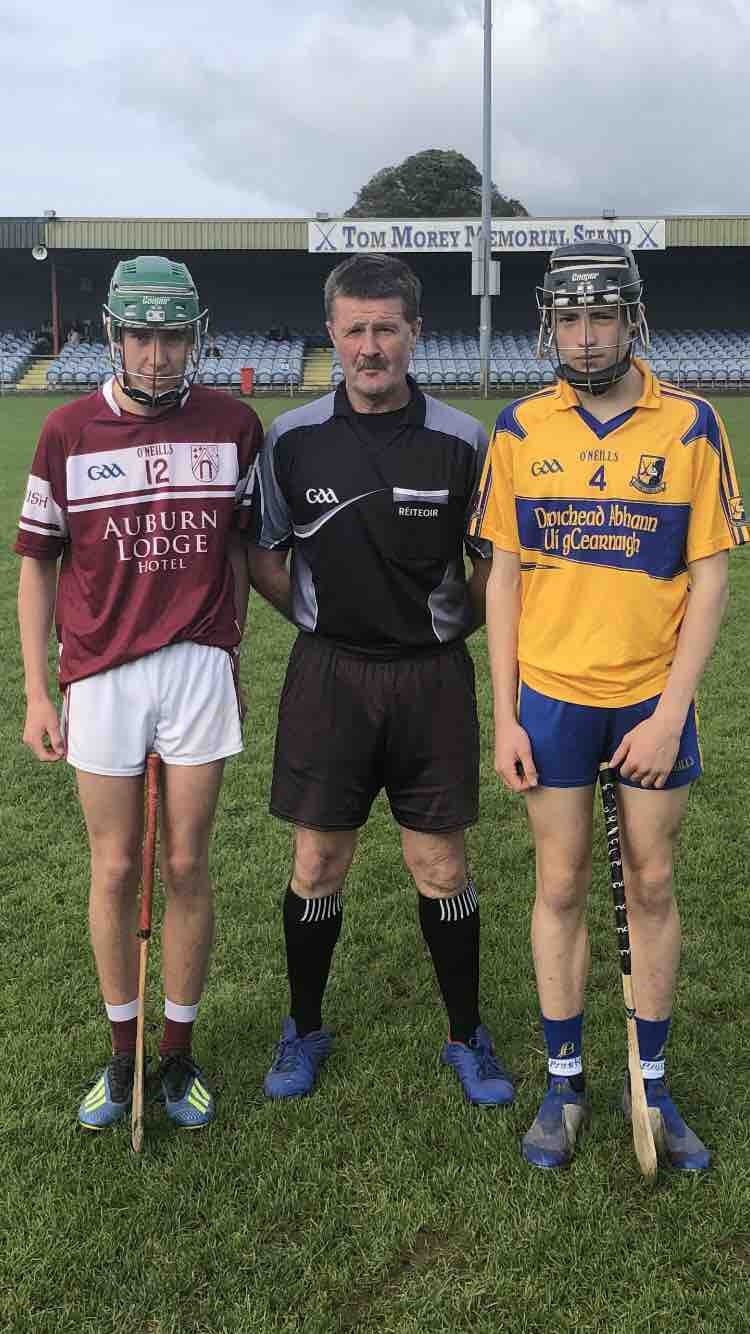 The Sixmilebridge U16 Academy Team took on St. Joseph’s Doora Barefield this morning in Rd. 4 of this championship. Conditions were perfect considering there was a hurricane alert only a few days ago, O Garney Park presenting excellently largely thanks to ground staff headed by John Corbett.

This championship has a home and away format to the group stages, which is great as it offers plenty of games before the knockout stages. The ‘Bridge had played 3 games coming into this rd. 4 tie and had won 2, against Barefield away and against Eire Og at home with a loss last week away to Corofin Ruan. Indeed the ‘Bridge had won well in the away fixture of this game a few weeks ago but it was expected that this game would be much closer and indeed that turned out to be the case.

The ‘Bridge opened the game with points from Adam Murray and Fionn Hayes and they lead for much of the first half before being hauled back by a determined Barefield side, who finished strong and helped by a goal where confusion reigned in the Sixmilebridge defence. The ‘Bridge goal came from Adam Murray after a superb solo run.

The second half saw the ‘Bridge pull away near the end but Barefield made a battle of it for a long time. The ‘Bridge added another goal from Lee Mulready, a simple bat in after good teamwork before by Davy Hassett to cross. Brendan Carey, Davy Hassett, Michael Carey and Morgan O’ Connell all added to the points tally in the second half.

Danny Dunne performed very well at wing forward and consistently managed to win puckouts from both Sixmilebridge and Barefield. Adam Murray with 1-3 at full forward looked dangerous all day, and Gary O’ Callaghan hurled well in the full back line. 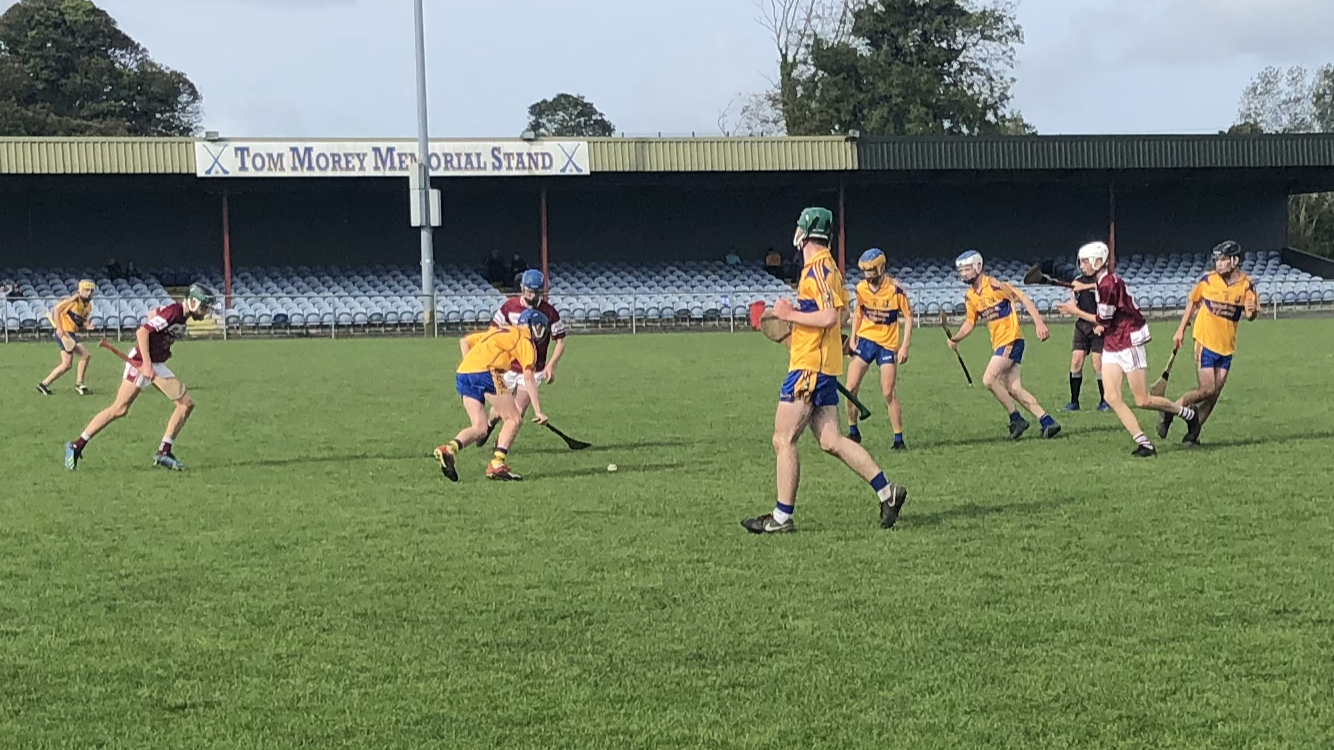 The ‘Bridge will be hoping to make the final now of this competition and have remaining games left against Eire Og away next Sunday and Corrofin Ruan at home the following Sunday. 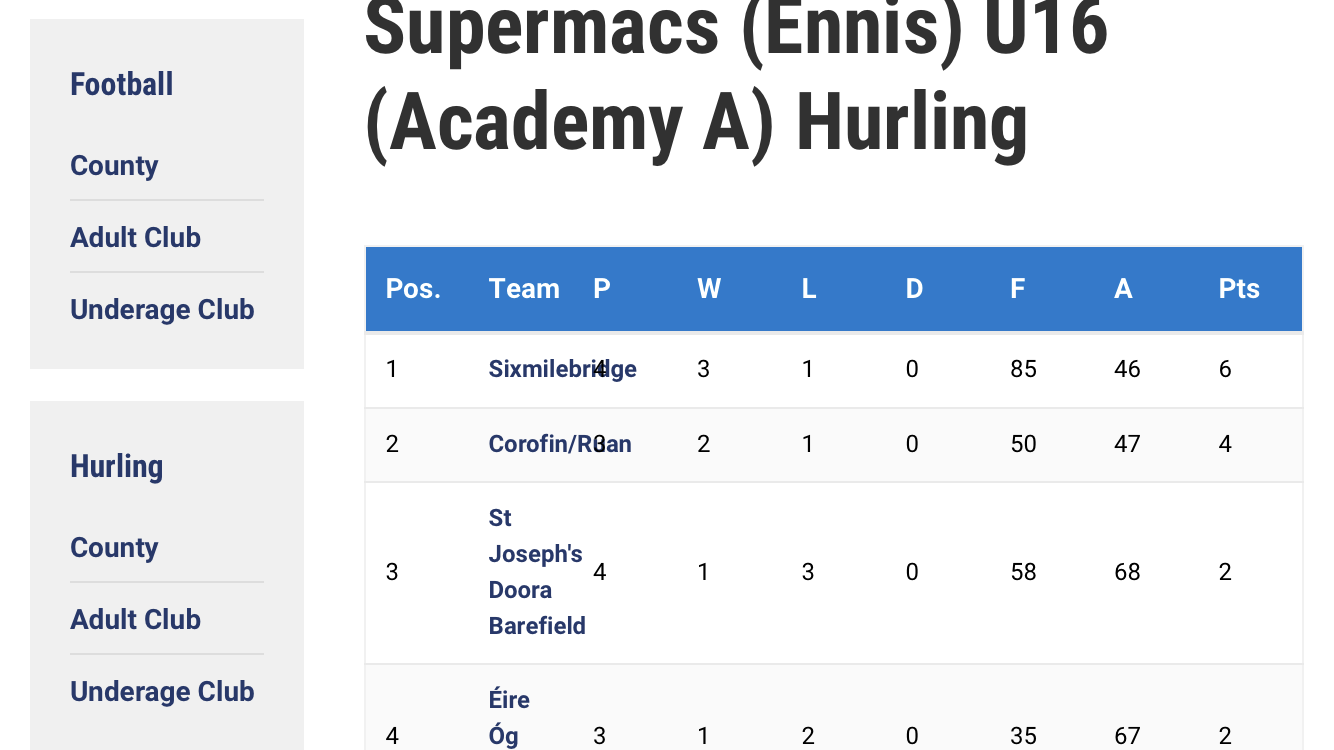