After 7 months, 60 training sessions, 12 blitzes and 8 tournaments the U10 season finished up on Saturday evening with the match-up everyone wanted to see - Players v Coaches. With the 44 players bringing a combined total of 390 years life-experience to the game, the coaches knew they would have their work cut out for them if they were to secure bragging rights for the long winter ahead. Thankfully, Doc has been focused on this game since March and planned an unorthodox team selection to confuse the opposition - 1 fly-goalkeeper, 7 sweepers, Peter Kearney pulling the strings at midfield and John Reddin up front as a Tony Cascarino style target man.

The U10s made a blistering start but the coaches soon weathered the storm and Docs game plan had the teams short passing game working like a well-oiled Massey Ferguson. Kearney was beginning to dominate around the middle, feeding great ball into Reddin who was causing havoc in the u10 defense. Unfortunately, just as the coaches began to assert their dominance, referee Caimin Morey blew the final whistle early - shades of '98 all over again. A half hearted protest by the coaches followed but the aroma of coffee, tea and cakes wafting from the hall proved too enticing for the veterans and soon everyone was indoors and agreeing to let bygones be bygones (until next season at least). 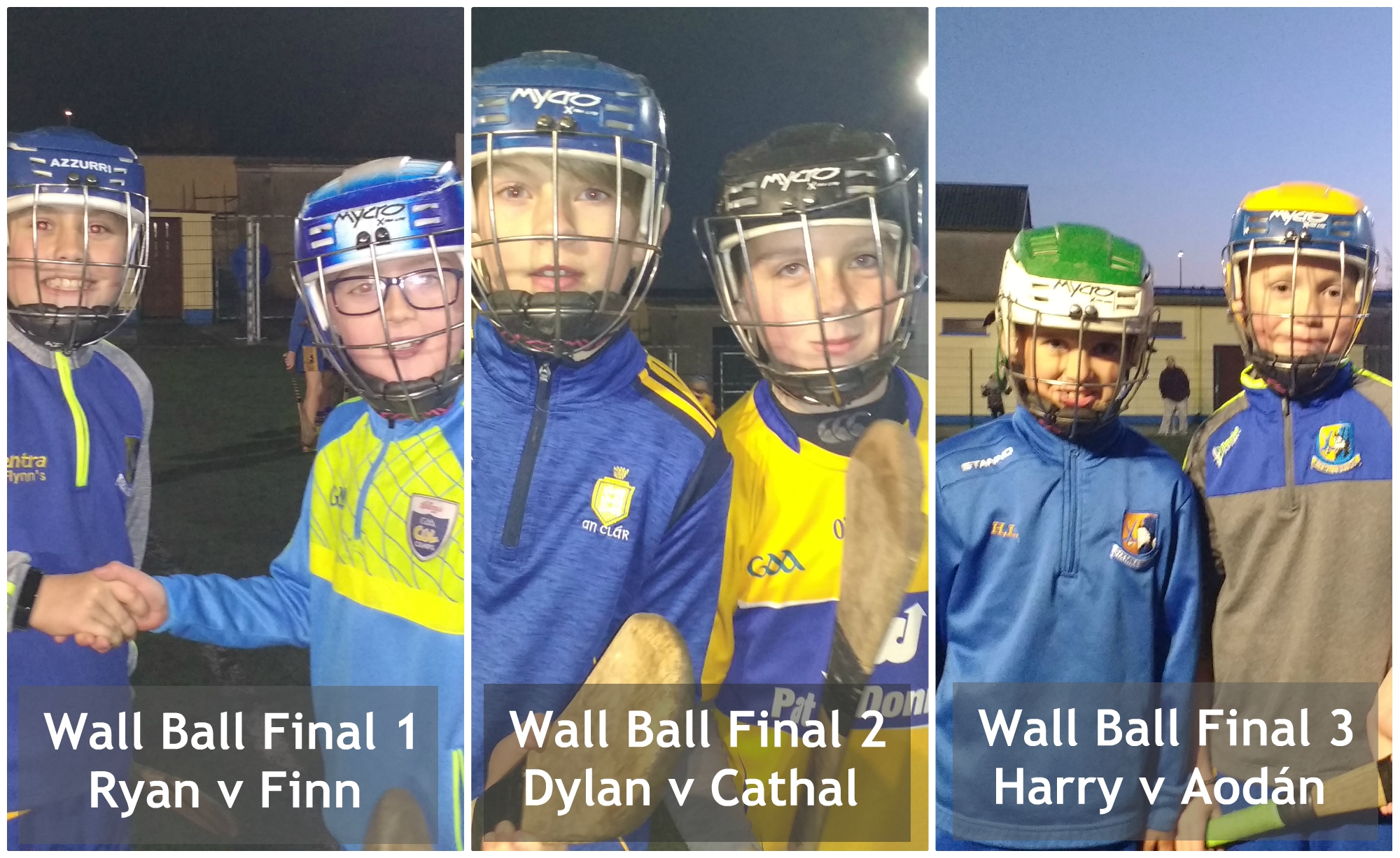 Before the epic battle, the boys played out the final round of our Wall Ball competition in the astro and some fun games on the main pitch including a poc fada and a variety of target practice challenges. The Wall Ball competition was a huge success with great skill on display from all the lads and we were served up 3 epic finals. 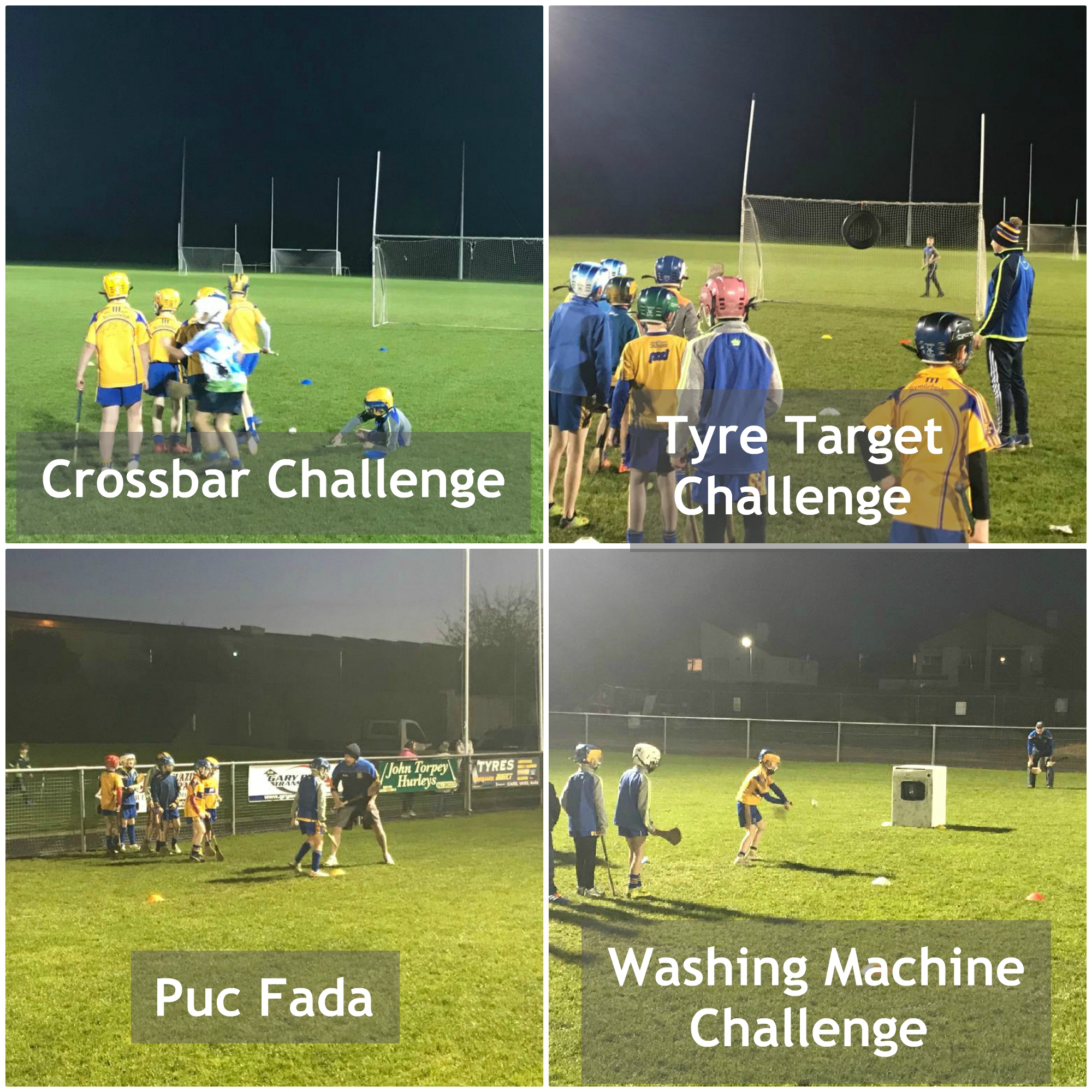 The U10 parents outdid themselves this time with a fine spread of grub in the hall which was soon demolished by the hungry troops. After that we came to the small matter of announcing the winners of the various skills based competitions we ran over the last few weeks. It was great to see the camaraderie amongst the lads as big cheers went up for everyone who won a prize. 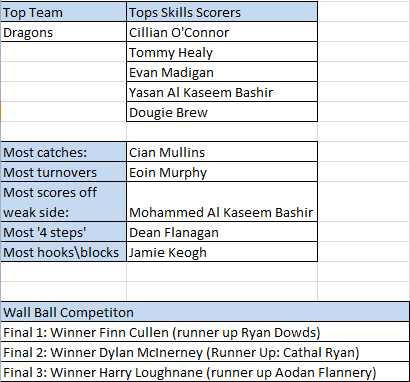 We also announced that the SMB Dragons were the overall winning team of our Sixmilebridge League with the Johnny Flynn Perpetual Cup being presented to Dragons captain Dylan Lee by Johnnys daughter Janette. 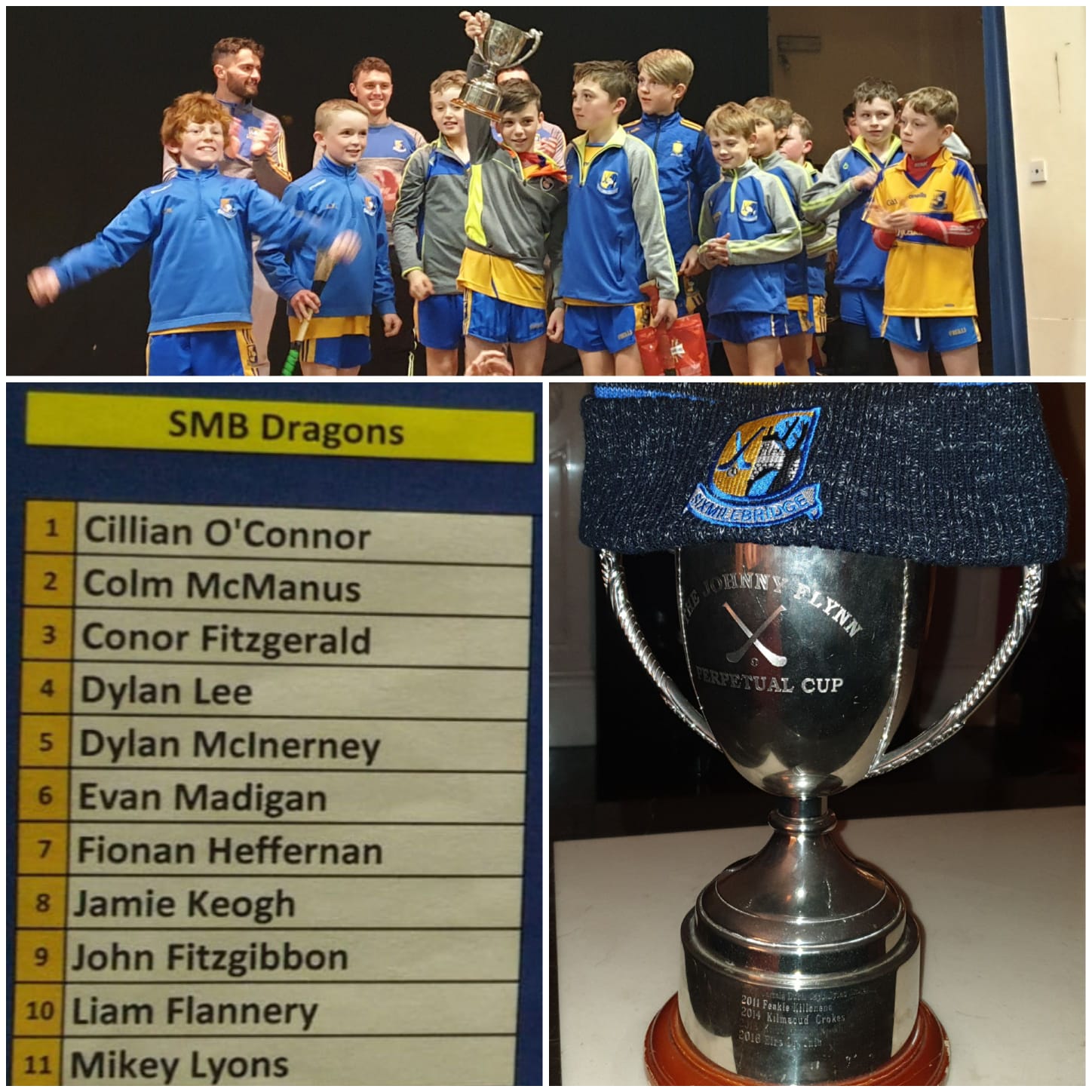 To top it all off we were lucky enough to have Alex Morey, Brian Carey, Brian Corry and a certain Canon Hamilton on hand to present the squad with their new tops and caps.

All in all, it was great end to what was an epic year of U10 hurling where the lads represented Sixmilebridge with pride in tournaments and blitzes in Galway, Cork, Limerick, Tipperary and Kilkenny. As with all of the teams in our club, what you see on the pitch at training and matches is only half the story, with a lot of people pulling together behind the scenes to make our year so successful. To that end, the U10 coaches and players would like to thank: 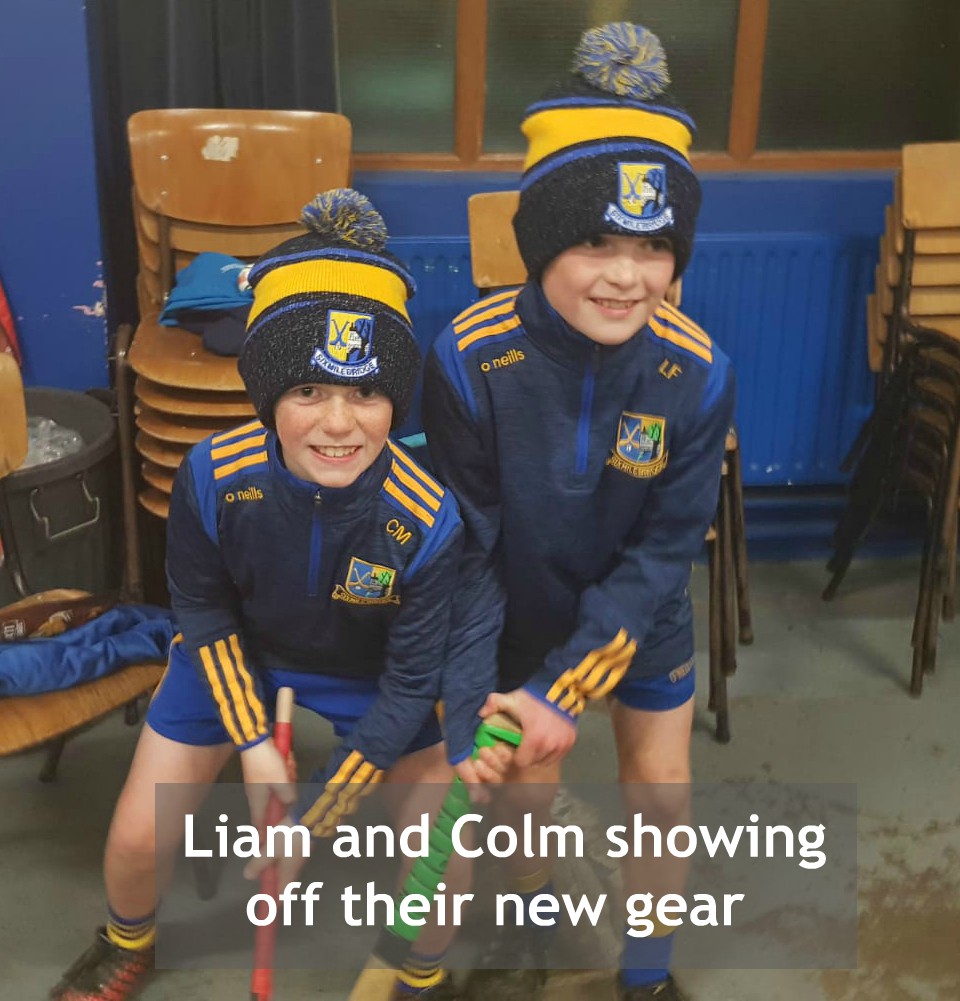 So, that's it - hurling season ended for another year. We hope all our players, coaches and parents enjoy the break and will be ready to come back refreshed in the new year for another year of thrills and spills on the underage hurling scene. In the meantime, if you start getting nostalgic you can relive some some of the highlights of the season with this short video: