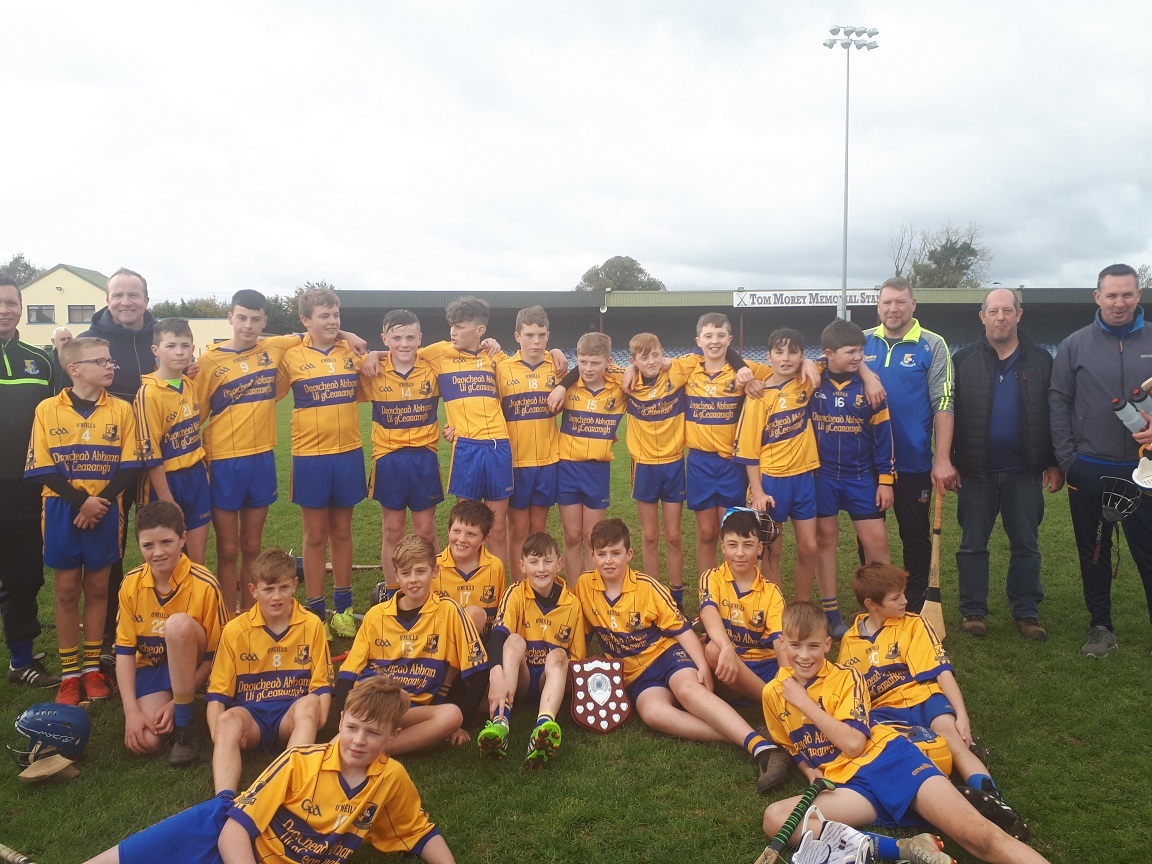 U13 Hurling Academy A Final

The Sixmilebridge U13 Academy team were playing in a county final of their own, against Doora/Barefield at home in O’Garney Park. The two sides had met twice already, the ‘Bridge coming out as victors in both games. The ‘Bridge and joint-captain Ben O’Connell won the toss and elected to play against the strong breeze, which was blowing straight down towards the school.

The game started slowly, with Dylan Keogh registering the first point of the day after nearly 15 minutes. The first score seemed to open the floodgates, as Keogh grabbed a brace of goals and Mark Mullins, Robert Stafford, John Deasy and Darragh Whyte all raised the white flag in the next 10 minutes. All these scores came about as a result of the positive way the ‘bridge lads attacked the ball, broke tackles and played the ball short or long to the best placed man. Doora/Barefield, to their credit, did respond well to end the half scoring 1-2 without reply, leaving the score at 2-5 to 1-2 after the three short whistles.

The ‘Bridge boys now had the strong wind in the second half, and they made full use of it. An early goal from Darragh Leyden was followed by 4 more points from the boys in saffron and blue, the scoreboard now reading 3-9 to 1-2 in favour of the hosts. The Parishmen did respond with a goal and a point, but the Bridge put the icing on the cake with goals from Don Whitty and Ben Maxwell and another point from Dylan Keogh. When referee Rory McGann blew his whistle for the final time, the scoreboard read: Sixmilebridge 5-10 Doora/Barefield 2-3.

Congratulations to all these young players on a great achievement of going through this competition undefeated both home and away against strong clubs like DB, Clooney Quin and Inagh Kilnamona. What’s even more pleasing is the enthusiastic way they threw themselves into this final and actually gave their best performance of the year in this match. As always with our Academy teams all players got good game time with all subs rotating in and out from 15mins in.

Thanks also to Bord na nÓg for organising these great Academy competitions which are so important for Player development and match time in a big Club like our own. For the vast majority of these boys it was their first experience of 15 a-side Hurling on a Full sized pitch, and they took to it like ducks to water. They will now be bursting to get a taste of U14 Hurling in 2020 while the vast majority of players on this Academy squad will also be underage again for the U13 competitions next year as well. 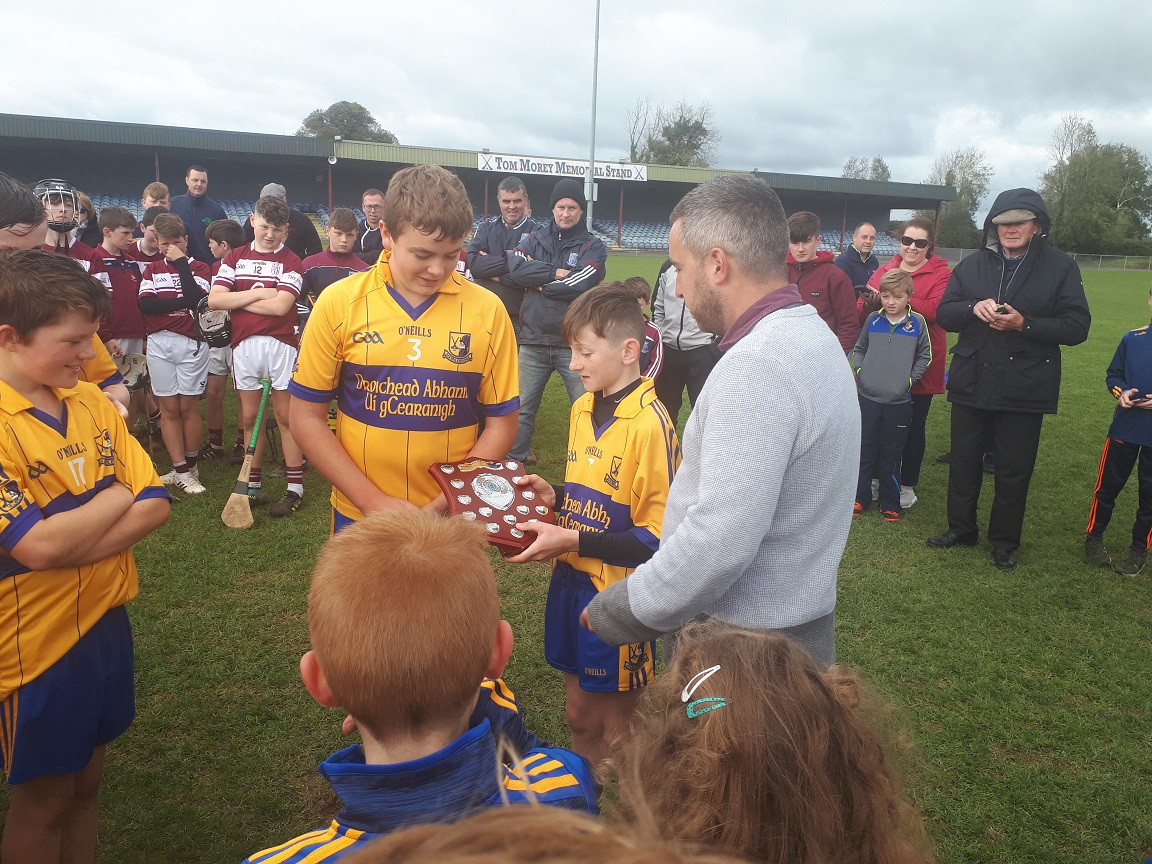 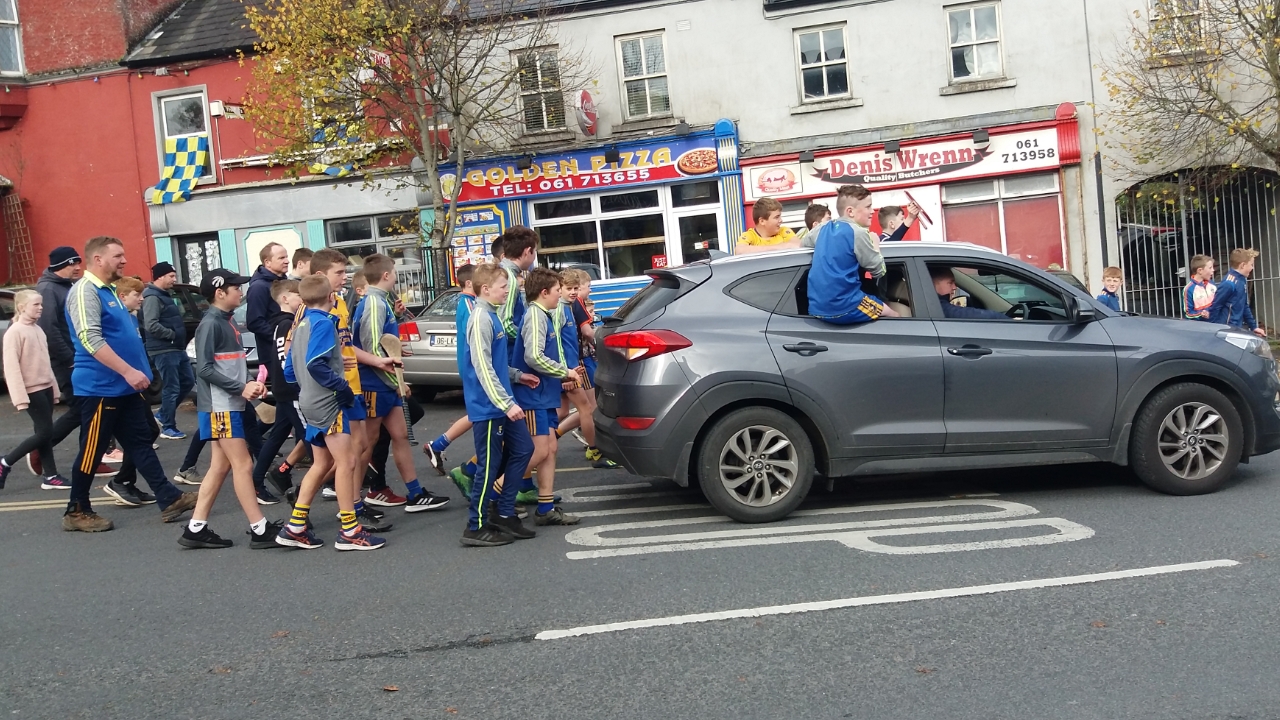