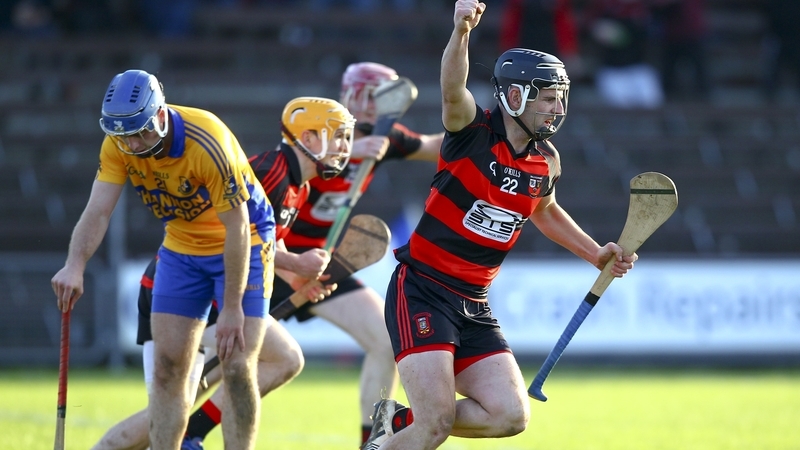 JJ Hutchinson, scorer of 1-3 during the Gunners’ second half recovery, rifled a 58th-minute goal though a mass of limbs to edge Fergal Hartley’s side two points clear before a 2,492-strong crowd.

And when Billy O’Keeffe and Hutchinson landed further superb points in additional time, it seemed Ballygunner had done enough to secure their place in the provincial decider.

As the game trickled into its third extra minute though, redeployed centre-back Seadna Morey slammed the sliotar past All-Star goalkeeper Stephen O’Keeffe to hand Sixmilebridge a lifeline.

But the Clare men couldn’t compete against Johnny Murphy’s full-time whistle, which sounded less than 30 seconds after Morey’s goal.

At the break, Sixmilebridge deservedly led by 0-11 to 0-6, having restricted Ballygunner to just a single point from play, a fine Shane O’Sullivan effort after 21 minutes, with Pauric Mahony completing their tally from frees.

Sixmile’s Jamie Shanahan and Mahony traded the opening points inside five minutes before Shane Golden and Conor Deasy pushed the visitors ahead.

Mahony and Shanahan exchanged further frees in the 10th and 12th minutes, before Sixmilebridge took control of the half, dominating both the individual and sectoral battles between then and the interval.

Mahony turned over a 13th-minute free before 41-year-old Niall Gilligan landed a superb point, to the delight of the travelling support.

Whatever oracle was worked in the Ballygunner dressing room did the trick at half-time and they’d drawn level by the 39th minute thanks to points from Billy O’Keeffe, JJ Hutchinson (2) and Pauric Mahony (2).

Over the next 20-plus minutes, the sides slugged it out, with Jamie Shanahan sending over two superb points in the closing stages, but the qualities exemplified by Messrs Mahony, O’Keeffe and Hutchinson ensured the day was Ballygunner’s.