U11 End of Season Report 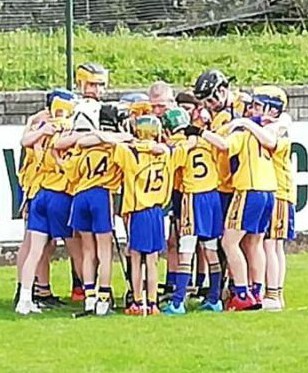 After 15 training sessions and 18 matches in 14 weeks, the hardest working team in Sixmilebridge finished up their season last Wednesday when the U11s saw out 2019 with a fun evening under lights in O'Garney Park. It was a fitting end to a season which, as well as the focus on training and playing matches, has put a large emphasis on having fun and inclusiveness.

The final night consisted of various activities including:

While that all sounds like fun , there was also the small matter of the Coaches v Players 'Tug of War' to be decided. In a press conference earlier in the evening, U11 Head Coach Adrian Chaplin expressed confidence that his Coaches team (with help from Senior Hurlers Caimin Morey, Noel Purcell and Jason Loughnane ) would prevail stating 'the U11s won't be able to cope with the sheer muscle power and raw physicality we will be bringing to this competition'. The U11s, on the other hand, imposed a media ban with no players being made available for interview. Wild rumours were floating about that the young lads had enacted a self-imposed 'junk ban' with the squad swearing off the Halloween Trick or Treat sweats in preparation for this showdown. In the end it was an anti-climatic affair, with the Coaches putting up a good show for about 7 seconds before the U11s took over. There was calls for a Stewards Inquiry by the Coaches (something to do with the fact that U11s had 26 lads on their team) but that was over-ruled as it was time to head indoors where the evening concluded with a feast of sweets, treats and sandwiches. 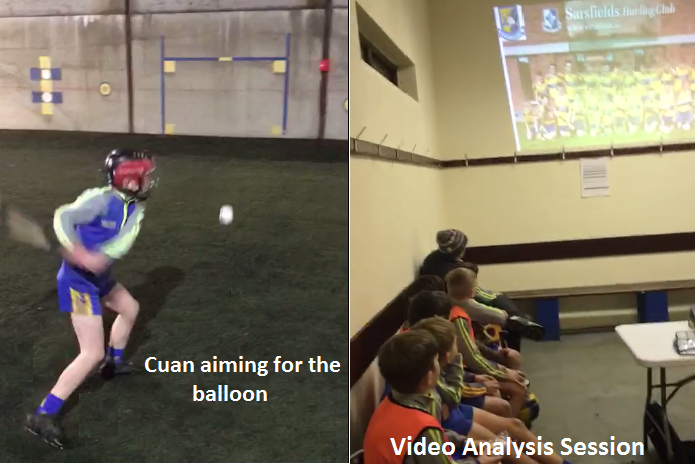 Many thanks to Caimin, Noel and Jason who gave up their evening to hang out and have fun with the U11 squad. Great credit is due to the senior players as they were in no rush away and they stayed for a chat and posed for many photos. Thanks also to all the parents who brought plenty of food to nourish the hungry troops after all the activities.

There were several awards handed out on the night to lads who made big impressions throughout the season.

Some highlights of the season:

The U11 season would not be possible without the help of many, many people from our great club:

For the record the following players made up our 2019 U11 squad: 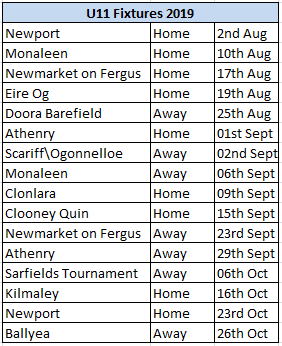 In the mean time this short video shows some of the highlights of the season: