Mulready named coach of the year 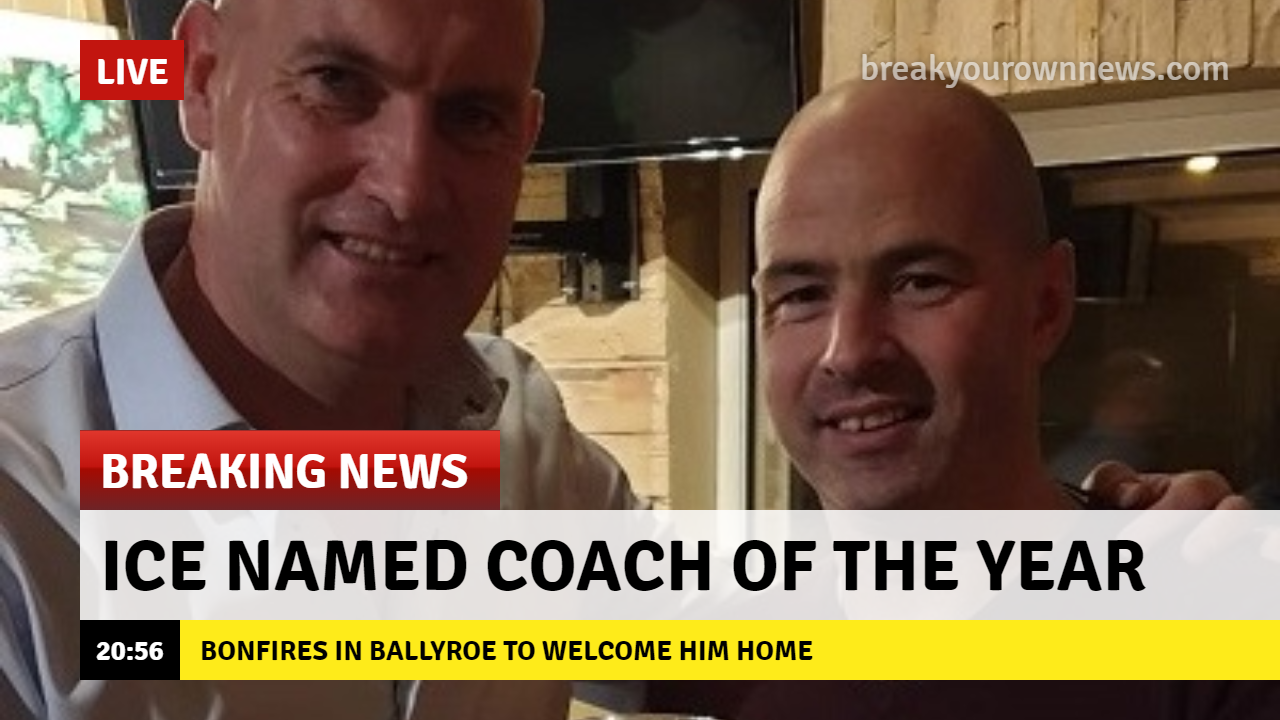 Congratulations to Alan (Iceman) Mulready who was last night named as U8 coach of the year for 2019 at an awards ceremony hosted by head coach Martin Conlon.

Conlon described him as a primus inter pares, even in a coaching team that included fellow All Ireland club medal winners such as Pat Hayes and Conlon himself.

Mulready spoke of his disappointment in being overlooked for the title in 2018 when John Reddin capped a wonderful year for the Limerick folk by landing the award. The Iceman admitted he had been pulling his hair out all winter putting plans in place to ensure he won the title in 2019 while Reddins stock as a coach has really risen since he won the award and he was spotted as recently as last week rubbing shoulders with the Tipperary All Ireland winning coaches at an S&C event in Thurles where he was announced as head coach for the Bridge U6 Bucks for 2020.

The Iceman has had a very successful career as a player winning 3 Clare senior titles, 2 Munster clubs and an All Ireland club and last night spoke of some of his great memories playing for the club which included the All Ireland Feile Semi Final in the late 80's against Wolfe Tones which is thought was the largest ever crowd at a game in O'Garney Park while winning in Croke Park with his brother Ian in 1996 will always be the pinnacle.

Mulready admitted he has had some excellent coaches during his playing days in the club, while the passionate Limerick man Mick Mulcahy in Molex coached him to interfirm glory and Jim Spaight (Snr) installed a mental toughness in him during his time in the mountain colours in the parish league. Speaking of Parish, current Crystal Palace Chairman Steve Parish spoke of how he always knew Mulready was destined for greatness following his time spent as a professional footballer across the water. Mulready said of his time at Palace that he always had ambitions of playing for a big club in the big days and winning trophies which is why he came back to the Bridge hurlers!!

A number of his playing colleagues from his younger years turned out last night including goalkeeper Kevin Corry who told of how Mulready was making great coaching decision even during his playing days when he decided the positioning of players on the goal line for frees and penalties - Ask Keggy about that one! Others speculated that Alans twin brother Aidan who does all the video analysis and stats is the real reason behind the transformation of Iceman this year. He now moves on to the U10 squad for 2020 in a year when our new indoor arena will open which will facilitate Mulready and the other coaches in the club to prosper all year round.