Who fears to speak of '94? Minor Team Reunion. 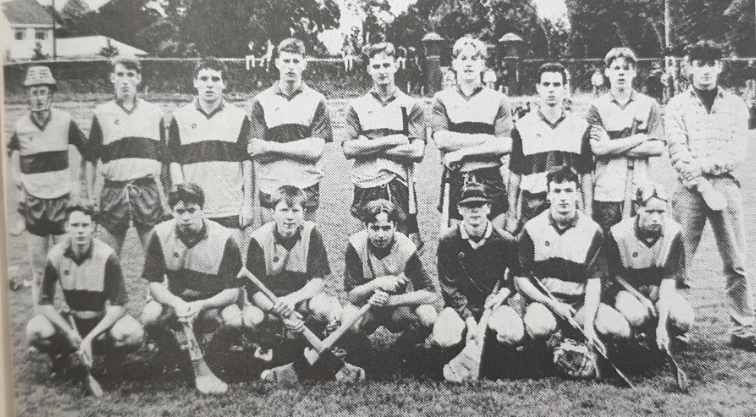 This Saturday night the victorious Minor A hurling team of 1994 celebrate their Silver Jubilee in Gillys bar. The team ended a 9 year drought to land the clubs 9th Minor hurling title when they defeated Clarecastle in the final.

That era of underage hurling was dominated by Wolfe Tones Na Sionna and Eire Óg who defeated the Bridge Boys in the 1992 U16 final. Revenge was sweet in 1994 when the Bridge reversed that result to overcome the Townies and qualify for the final.

Some of the highlights of the year included an early round win against Wolfe Tones when team captain Martin Conlon scored one of the greates goals ever seen in O'Garney park when his solo run from the heart of his own defence saw him run over 100 metres weaving in and out of the Tones defence before flicking the ball over the full backs head and volleying into the top corner.

The early rounds of the championship also saw the introduction of 3 U15 players into the team namely John Reddan, Stiofan Fitzpatrick and John O'Meara who played a big part in the teams success before going on to help Clare win an All Ireland Minor title in 1997.

Three more of the team in Conlon, Hayes and Gilligan went on to win All Ireland Club medals with the Bridge while Walsh, Loughlin and Murphy joined those named above in experiencing County Senior and Munster club success in 2000. The team of 94 formed the backbone of the 4 in a row Senior county final appearances in 1999 - 2002 with 9 of the starting team graduating to Senior.

Everyone is welcome Saturday night to Gillys from 8:30PM to relive stories of this great era with plenty of musical entertainment - As well as being skillful hurlers this team was also very musically talented and on the night we will a seisún of Ceól agus Craic provided by Pat Hayes & Colm O'Loughlin on Guitar, Mark Donnellan of the famous Tulla Ceili band on Fiddle, Eoin Gavin on Accordion, Niall Gilligan on Banjo, Mikey Corbett on Bongos and Darragh O'Louglin on drums.

Inspired by their backline , Sixmilebridge scored a confortable win over Éire Óg in the Semi Final of the Minor A hurling Championship at Newmarket. The victory gives them a place int he final against Clarecastle.

The game was played in atrocious conditions following heavy rain throughout the day. Martin Conlon scored 0-06 for the winners whose other scores came from Barry Downes (1-0), Darragh O'Loughlin (1-0), Niall Gilligan, Noel Flannery and John O'Meara (0-01 each).

A poerweful performance from Centre Back Pat Hayes was the highlight of Sixmilebridge's win over Clarecastle in the final of the Minor A hurling Championship in Newmarket on Saturday evening.

This was a very entertaining game which produced some excellent passages of play. At the end of the Sixty minutes Sixmilebridge were deserving winners having pulled away in the final twenty minutes.

The teams were very evenly matched in the opening half and at half time the winners were 2 goals in front when the score was 2-05 to 1-02. Darragh O'Loughlin and Niall Gilligan had the Bridge goals while John Pyne had a goal for the magpies. The sides were again evenly matched in the second half before Gilligan scored his second goal and with good points form team captain Martin Conlon they went on to open a seven point gap.

Pat Hayes was outstanding for the winners and Clarecastle had now answer to his powerful display. Cathal Walsh and Gregory Deegan were others to do well in defence while team Captain Martin Conlon had a fine game in midfield while upfront Niall Gilligan was in great form finishing with 2-02 to his credit. 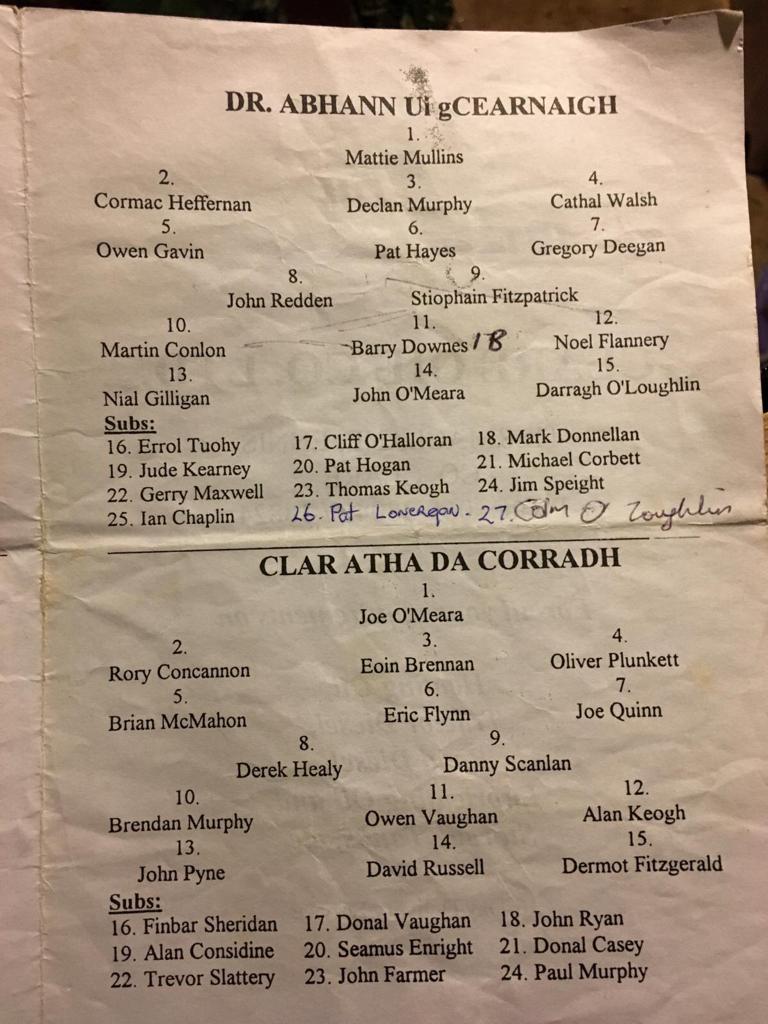