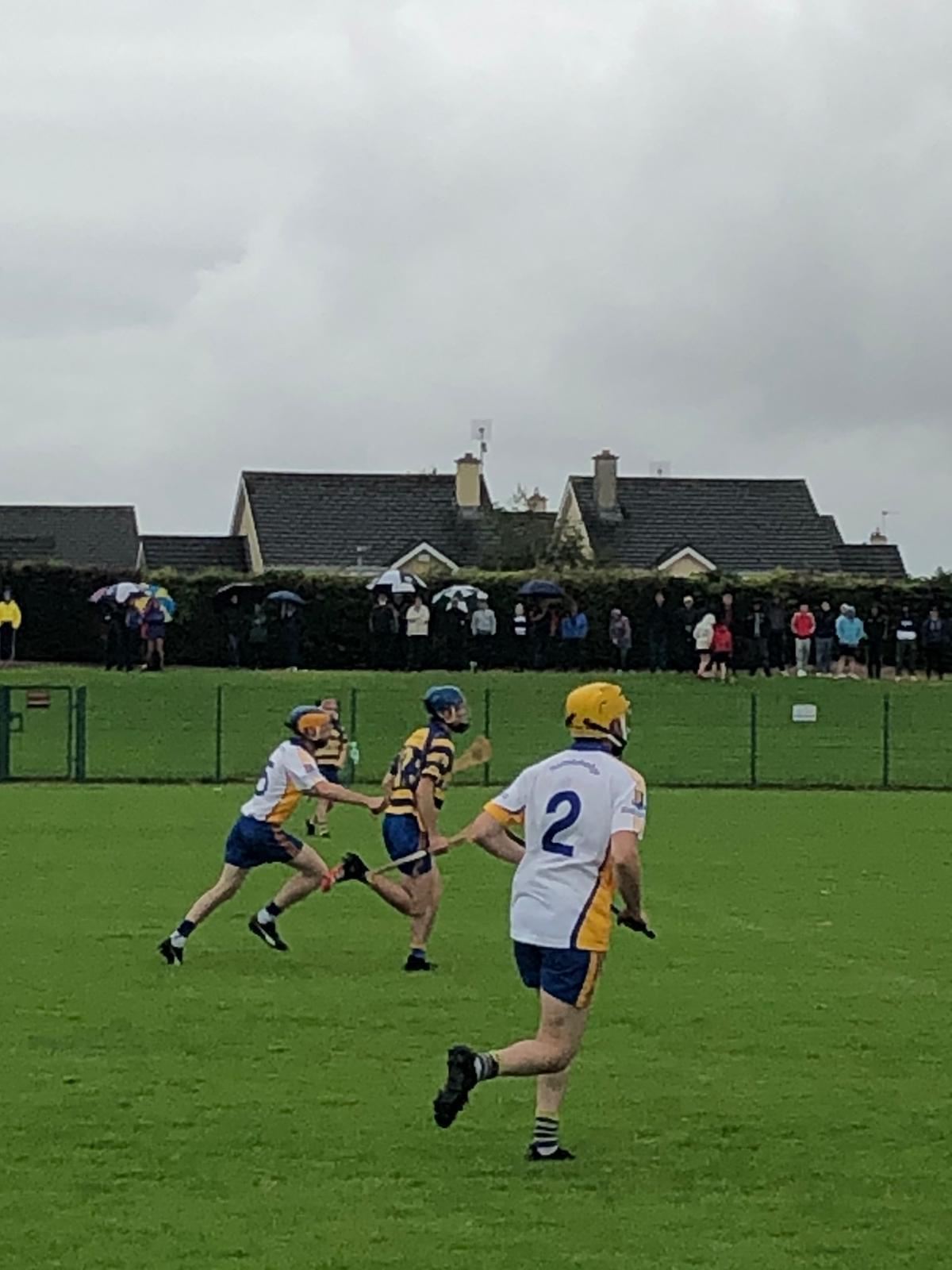 The Bridge Junior hurlers travelled to Shannon las Sunday for their opening round of the championship against Ruan. Earlier that day the Intermediates had recorded a win to follow the Seniors win on Saturday so the pressure was on manager Mickey Corbett and his team to ensure the winning run continued and that they did.

The Bridge dominated the opening half when Ruan were reduced to 14 men and lead by 1-10 to 0-06 at half time but seemed to run out of steam in the second half when Ruan drew level with minutes remaining.

Conor Flynn had the last say for the Bridge to get the winner on the final whistle.

Pic Credit: Kieran Keating (Photo of 40 year old Adrian Chaplin in action for his 35th season hurling with the Bridge)

Last Saturday our U10 hurlers made their first trip outsi...