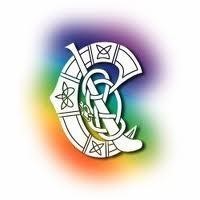 On a much anticipated match under strange circumstances with having limited numbers attending the first round of the Senior Championship match the ball was thrown in at 5.00pm by Ger Hoey, both teams looking fresh and fit and eager for the much awaited game. Scariff-Og were first to open the score line with a point from play. Sixmilebridge was next to score with a point from a free by Choe Morey who was on form with her free taken. The next few points came from Scariff with another point from Chloe Morey from a free. Niamh Lyons was next to score a point from play and again Niamh was to score a point from play a few minutes later. From a wonderful Free Chloe Morey found the back of Scariff’s net leaving the half time score as follows SMB 1-4 to Scariff-Og 1-9

When it looked like it was a close contested Game the reigning champions came out in the second half all guns blazing with wonderful skills and firing the ball over the crossbar from all angles. They truly showed tremendous skill and while SMB put up a mighty battle they sadly hadn’t any luck in getting on top on this occasion. SMB Chloe Morey again scored 2 wonderful points from free’s but alas it was to be Scariff’s-Og day.