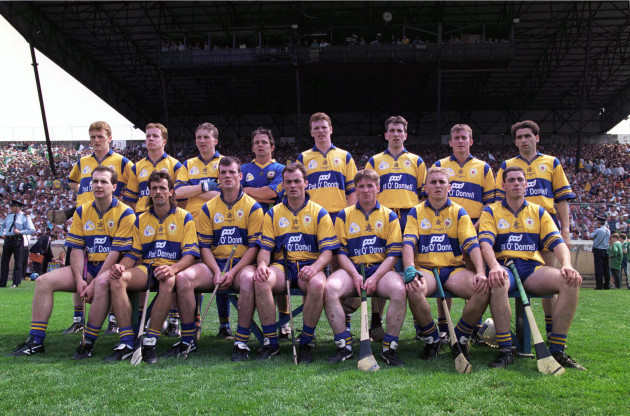 Today marks the 25th anniverasary of Clares first All Ireland win in 81 years when we defeated Offaly in Croke Park. We were very fortunate as a club to have 4 players in the squad as well as having club members in the backroom team. When we launched SixmilebridgeGAA.com back in 2006 Ger Loughane kindly wrote an article on our clubs contribution to the Clare Glory years which is detailed below. What great memories are flooding back to us all today!

The 1995 - 2000 era in hurling will always be associated with Clare’s rise to prominence as a serious force not only at Senior Inter-County level but also at club level with Clare Clubs winning six Munster titles in a row in that period. Sixmilebridge won two of these and better still an All-Ireland crown so it was only natural that many players and officials from the club would also be involved with various teams at Inter-County level.

Two of these, Pat Fitzgerald and Dr. Paraic Quinn were absolutely central to Clare’s success. Pat lived life at a frantic pace, juggling his G.A.A. duties with an even more demanding professional life. Frequently, his house resembled the Red Cow Roundabout at rush hour, with people coming and going and three phones ringing simultaneously, especially at big match time. But Pat, ably assisted by Nuala, remained calm and unruffled by it all and was always a rock of support to the players and management of all Clare teams. Paraic was a bit like the invisible man, you might look around the dressing room before a game and there would be no sign of him but then as the first player got injured he would suddenly appear, sprinting on to the field, as if he had dropped from the sky. When you add to this his unfailing courtesy, his professional expertise, his availability at all hours and his constant optimism and good humor it is easy to see why he was so respected and trusted by all. 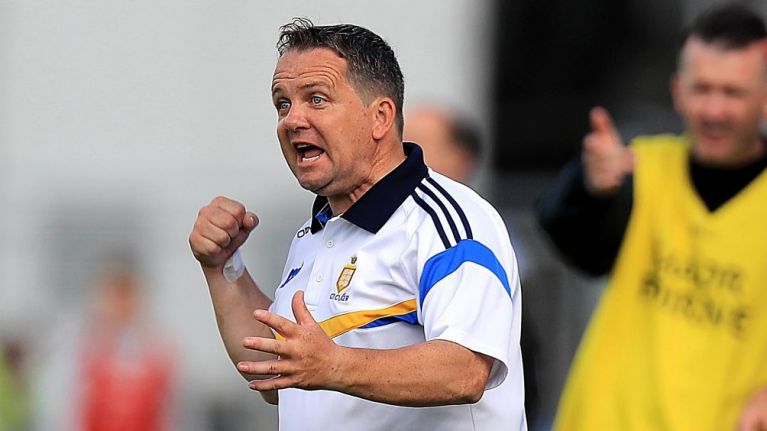 Then of course there were the players, none of whom were known by their real names. Being known just by a surname, a nickname or an abbreviated name are the real terms of respect and familiarity in all sports. David Fitzgerald is in the unique position of having two, “Davy and Fitzy”! Scoring that famous penalty in the Munster Final and his gammy run back to his goals afterwards will be forever etched in the memories of Clare people. When you consider his sustained excellence over such a long period in the really big championship games there is no doubt that not only is he the greatest goalkeeper this county has ever produced but he will also rank among the greatest goalies the game has ever seen. Add to this his fiery temperament, his commitment and professional approach and you have one of hurling’s greatest characters as well. 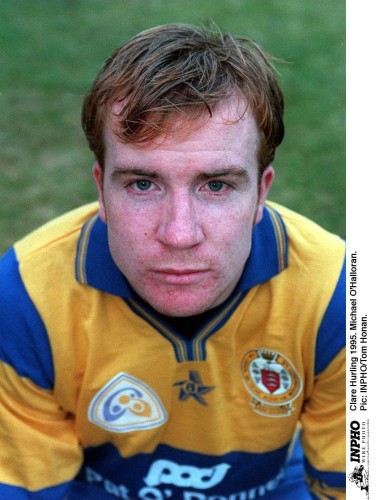 Then of course you have Halla, a self made inter-county player whose understanding with the Lohan’s and Davy was crucial to the effectiveness of the defence. Charlie Carter’s story about standing to attention for the National Anthem prior to the 1997 All Ireland semi final and feeling Halla blowing down the back of his neck best sums up the affect he had on corner forwards. Very few of these opponents lasted the full game in big matches when faced by the Cappa man. Among his team mates he will always be regarded as a legend as his iron will, clear mind and prepared to do what was needed for the team approach marked him down as a real team player. 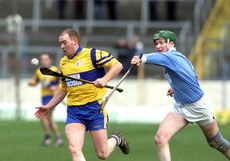 Rusty was the most feared in matches between ourselves as his wholehearted approach with elbows flying and a swing resembling a farmer wielding a slash hook was enough to frighten even the bravest opponent. Two of his favourite targets were Ollie Baker and Jamsie O’Connor and I have always believed that Rusty played a huge part in their development as great Inter-County players.

Fletcher his brother was totally different ‘A Mercedes compared to a J.C.B’. John was an exquisite striker of the ball, had beautiful skill and movement and was just unlucky that there were so many great defenders in Clare at that time. An absolute gentleman and team player, he never complained, just gave his best and enjoyed the training.

Later, along came the wild ones, first Gilly, all arms and legs and songs about a Transit van, thrown in at the deep end three hours before the ‘97 All Ireland and making a telling contribution. Did his best to hide a great brain with a life of the party image; will make a shrewd mentor some day! Then, just out of Minor came the always smiling John Reddan, down on his knees in Cusack Park looking for his tooth while the game went on around him, then abandoning the search and getting on with the game.

What I liked most about them all was their totally committed approach and their honesty and openness mixed with a streak of devilment; decent lads who reflected well on the solid grounding they got from their involvement with Sixmilebridge G.A.A. Club.