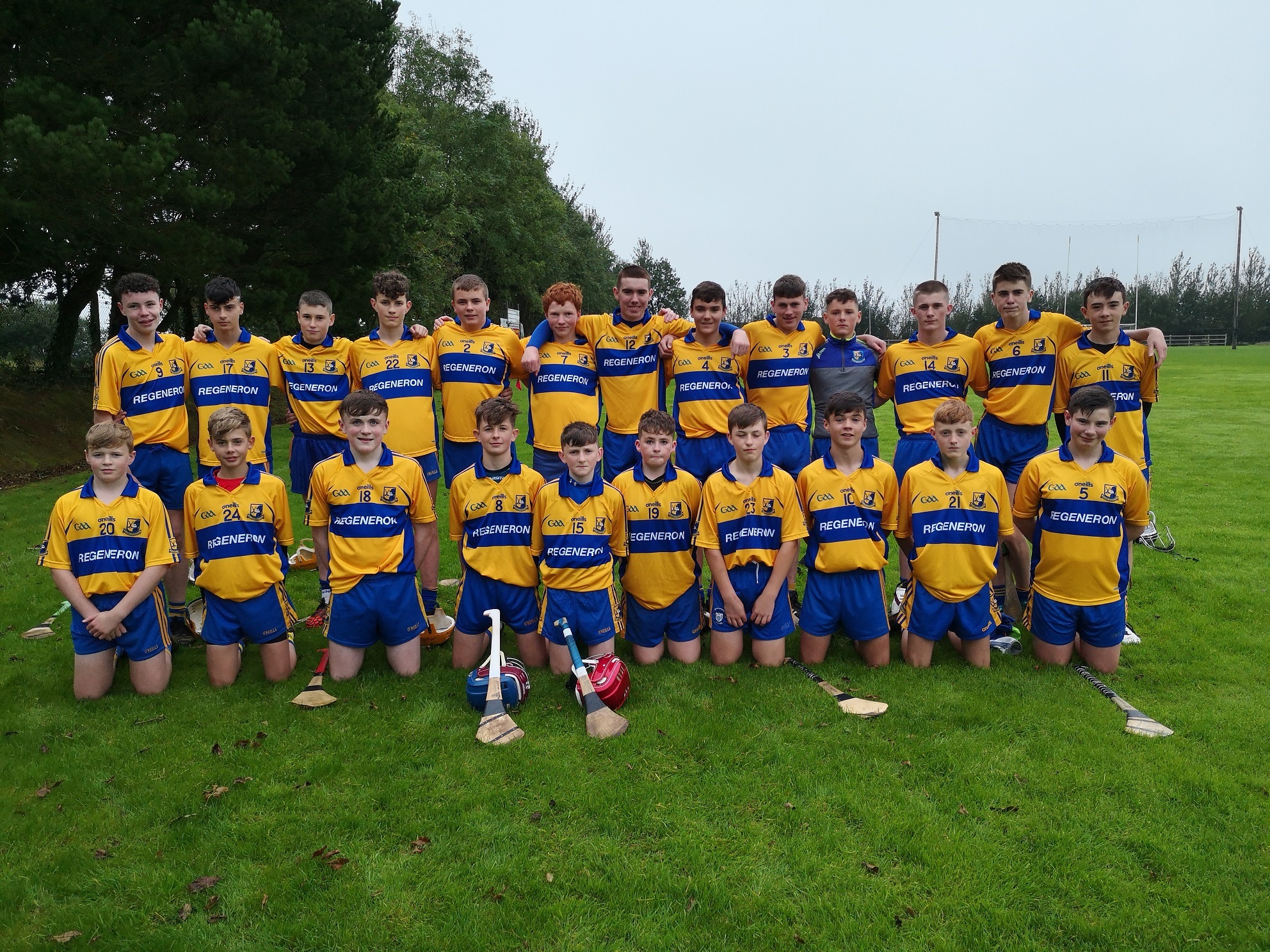 Exciting times for the Club even in these challenging times as we face into 2 Co Finals over the next couple of weekends. Our Senior team are once again setting a great example to all in the club having reached the Co Final for the 6th time since 2011 and of course will be looking to bring the Canon Hamilton back to the 'Bridge for the 5th occasion in this glorious period.

So it's also particularly pleasing for supporters to see our U14s back in the A final for the 3rd time since 2016, as it points to a healthy situation where the good work in the Minor club is continuing to produce good players and competitive squads that can only bode well for the future health of our Adult teams in the years ahead.

Obviously given the restricted circumstances brought about by the Covid-19 pandemic and lockdown, this year's U14 Championship was run in a more compact way. We in the 'Bridge would like to acknowledge the great work done by Bord na nÓg Iomaint an Chláir in running off this and the Minor competition in a safe and compliant way with the current restrictions laid down by the GAA and indeed the various Government agencies in the Public Health area. It's also important to give kudos to all the referees in Clare GAA who's availability ensured the matches could go ahead. Likewise the Officers in each club and match venue and in particular the designated Covid-19 officers like our own Donal Mullins who have carried out their duties in a professional and courteous manner to ensure our players could enjoy participating in the competitions and finally a big thank you to Martina Whelan who has provided an excellent first aid service to the team all year.

Despite the compact nature of this year's U14A Championship it's still interesting to note that the 2 teams in Saturday's final will face off in what is a repeat of the U13A final of 2019. On that occasion IK prevailed and so the 'Bridge lads will be hungry to reverse that result.

The 'Bridge had comfortable victories in the group stage over Clonlara and Newmarket and then shaded a titanic battle with St Joseph's Doora Barefield to qualify for the semi-final v Eire Og. In that game the benefit of having played the tough match really stood to our lads as they ran out comfortable victors over the townies. Finn Murphy, Michael Morey and Calum Phelan were in fine scoring form in that match along with excellent defensive performances from Jack O'Halloran, Jack Phelan and Will Gilligan.

They and their colleagues however will know they will have to be at their best on Saturday if they are to down the colours of a star-studded Combo outfit. However a repeat of the work-rate all over the field they showed v SJDB in Gurteen, and the disciplined defending in conceding very few frees in that match should leave the 'Bridge in contention when this final will surely be decided in the last 5-10 minutes on Saturday.

In that scenario the 'Bridge lads will no doubt take inspiration from the grit and will-to-win-the-dirty-ball shown by the Senior lads in the last minutes of their semi-final victory last week.

Great credit is also due to the Management team of this and the U14 Academy team in what has been a long and at times uncertain year, as they had started back training in January for the expected normal championship in April.