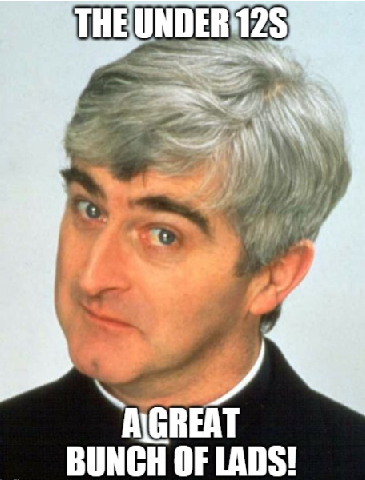 An epic year of under 12 hurling came to a fitting end on Friday night when the squad met up for a fun session which included Sprint and long distance races, puc fada and a crossbar challenge. The coaches had cunningly arranged the order of the events with the hope of tiring the players out before the final event - the all important Players v Coaches showdown. In an epic battle that pitted youth and exuberance against dodgy knees and even dodgier hips, the plan almost backfired on the coaches but a powerhouse display by the veterans in the last five minutes ensured they finished the game with their honour (barely) intact.

After the drama, the squad gathered together - in a particularly impressive display of social distancing - where they were presented with their new training tops, kindly sponsored by O'Flynns Centra with Jamie O'Flynn on hand to have a few words with the players. 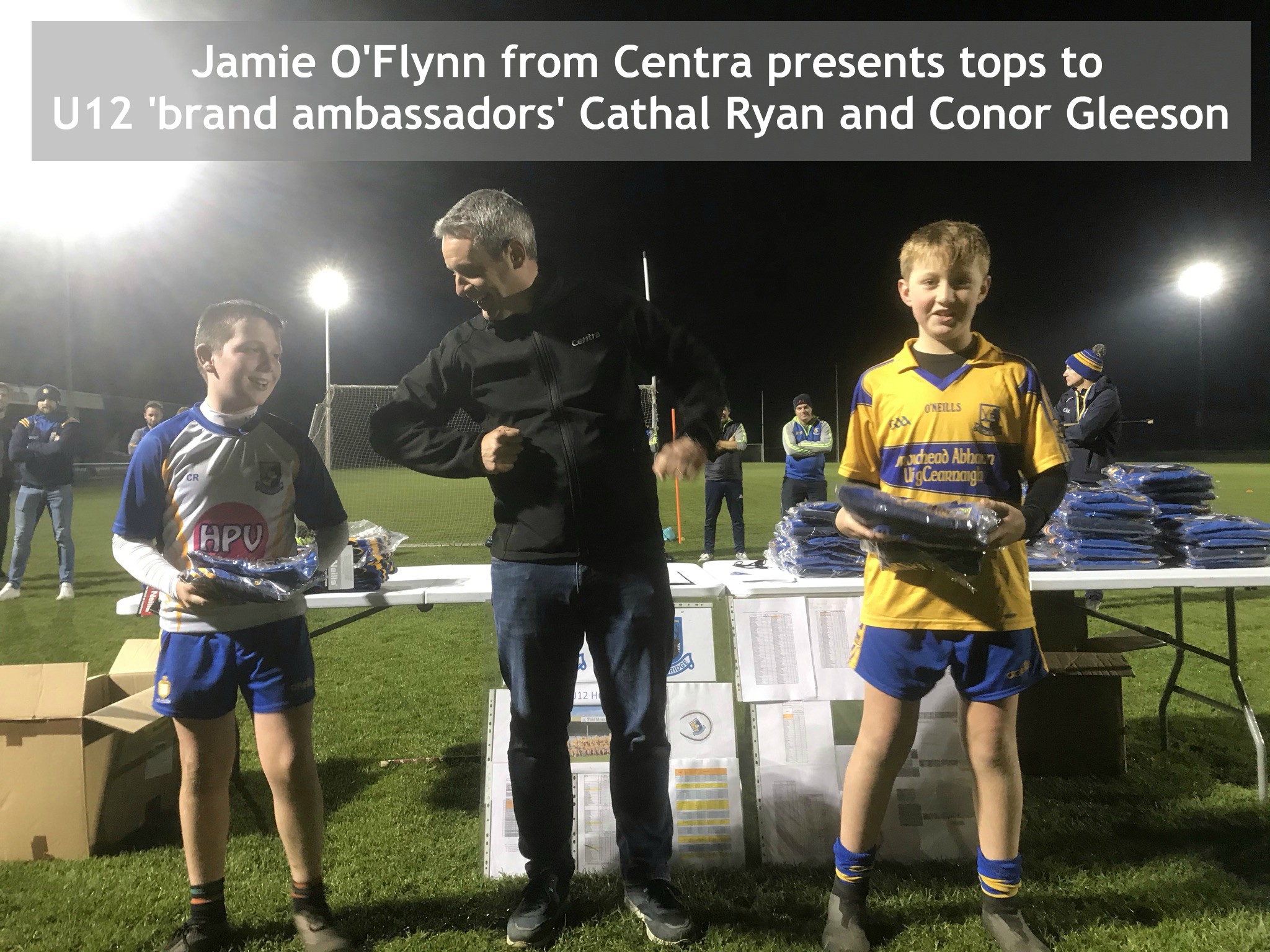 Senior players Paidi Fitzpatrick, Shane Golden and Seadna Morey were also present and brought along the Canon Hamilton cup. The senior lads spoke to the squad and then posed for a photo with each player (Parents: contact Damien if you want a copy of the photo). We really appreciate Paidi, Shane and Seadna taking the time on what was a busy weekend for them. 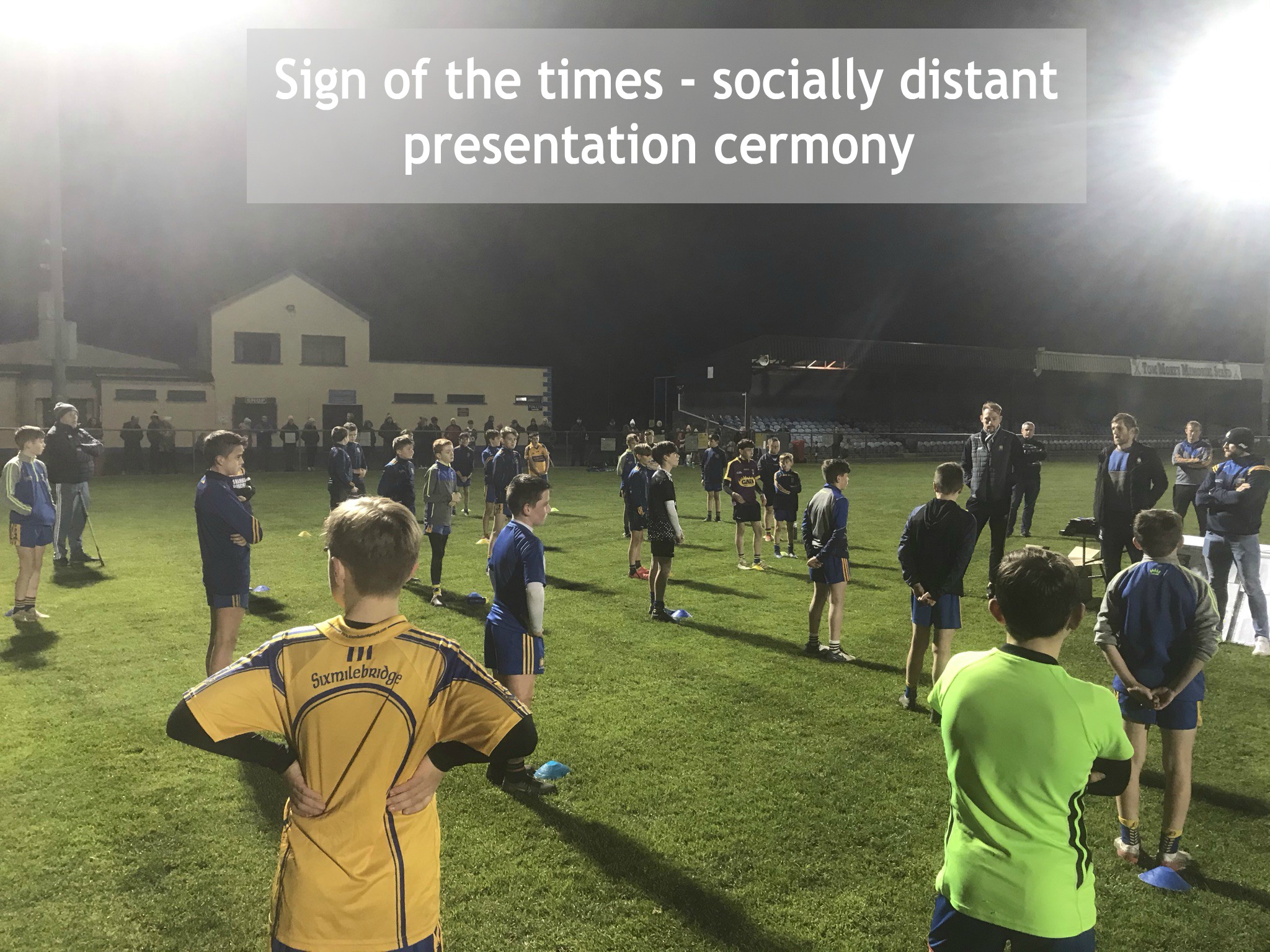 The under 12s this year had a squad of 44 players with 13 coaches. We met 47 times which consisted of 36 training sessions and 11 games. COVID-19 threw a lot of obstacles in our way, but through it all the players turned up to training in great numbers and with brilliant attitude. 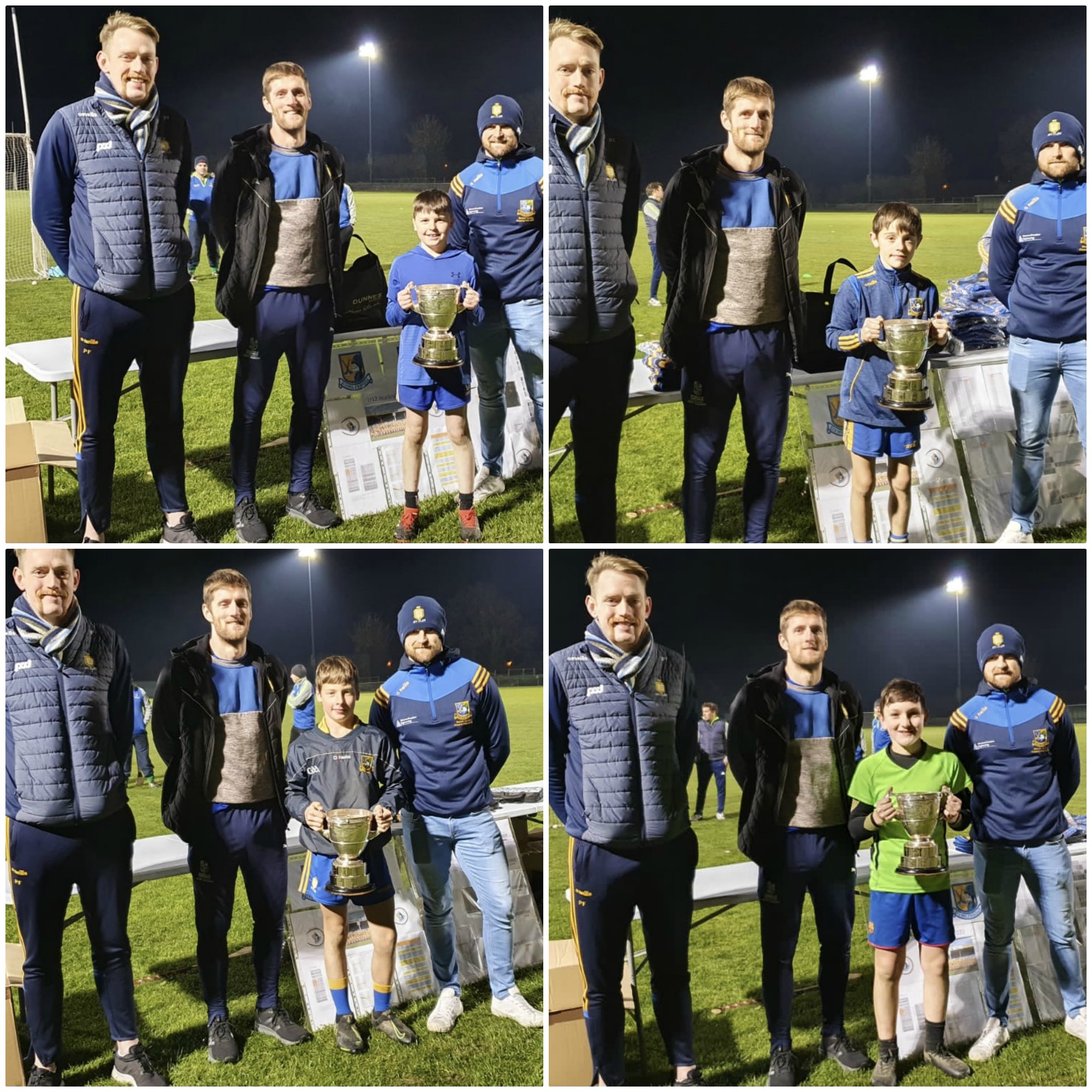 A great season is only possible when a lot of people behind the scenes pull together to keep our club moving forward. The U12 coaches would like to thank:

Final surprise of the night was Jamie O'Flynn providing a free ice-cream to all players who turned up in Centra with their new gear on - this proved a very popular move with the lads (despite it being the coldest night of the year!!).

So, that's the end of U12 Hurling so 2020 - a very different year than any of the coaches expected when we met back in February to discuss the upcoming season. Time for everyone to take a break and recharge the batteries before we get rolling again in 2021.

DOC is already beefing up his backroom team for the 2021 U12 season: 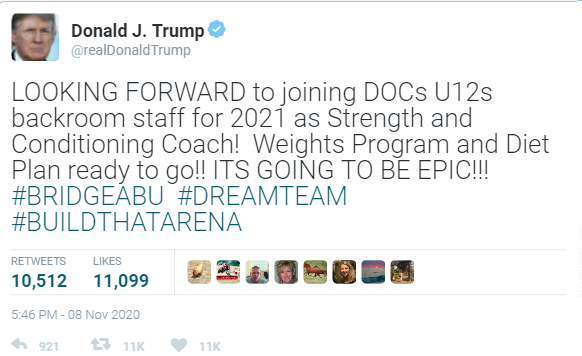 Finally, best of luck to our 2008 born players who are moving up to under 14 next year !