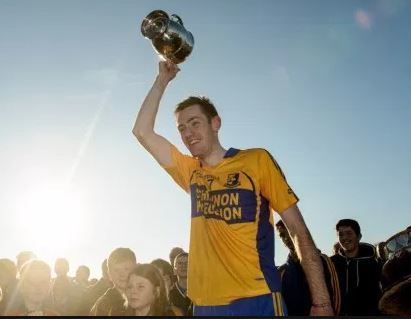 For many people, turning 30 years old is a significant milestone. To some, it marks the end of youth, while others see it as the beginning of mature adulthood but for our club man Paidí Fitzpatrick it marked the start of his senior intercounty hurling career. The gentle giant as he is known around the Bridge was introduced at half back for Clare last evening in their All Ireland Hurling qualifier win over Wexford and hurled admirably for a successful debut.

Paidi represented Clare at all levels growing up as well a captaining the Clare minors in 2008 and has been one of the most consistent club hurlers in Clare over the last decade which has seen him win 5 senior hurling titles along with captaining the team in 2017, a year that will be remembered by many for the coin toss when he tried to beat Ambrose Heagney in the air. (Photo: John Kelly Clare Champion). 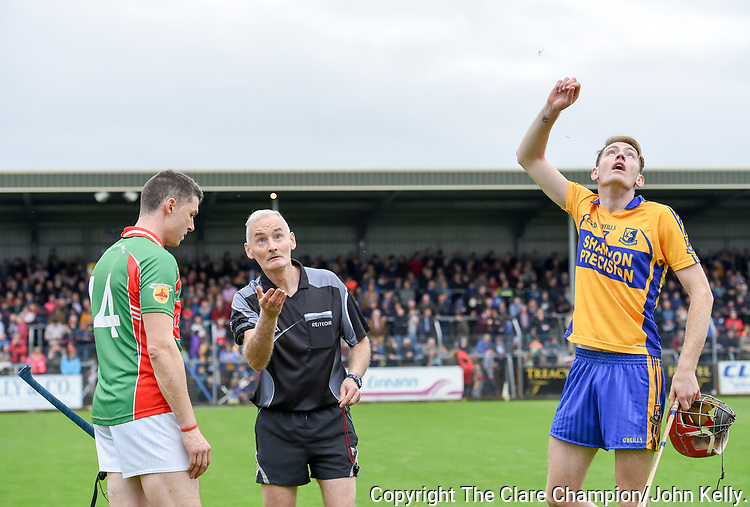 While most intercounty players take a break during their career to go travelling or talk about their plans to go travelling when they finish playing, our Paidi has it all done already and his 20s saw him visit more countries that Hector O Heochagain and Kathryn Thomas combined. 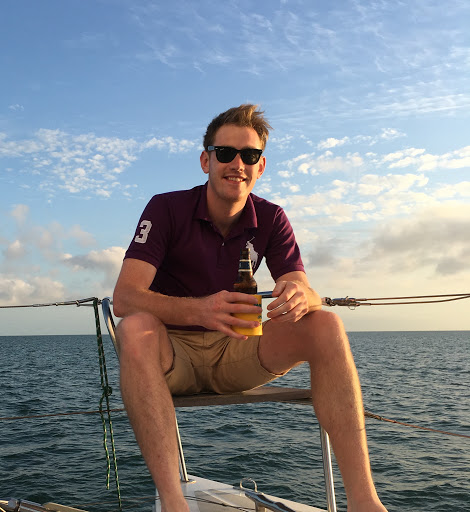 In the last year he has sold the yacht, and stayed local to put in a massive effort for Clare hurling which was rewarded yesterday. His attitude and dedication to training is an example to all young hurlers in the Bridge - A funny story heard at U8 training recently was how the boys thought Paidi was one of their coaches because every Monday when they trained in the Main field Paidi was there on his own before, during and after the session training himself. Picture below shows Paidi, Jamie, Alan and Barry from the senior team taking a wall ball session with our U10s. 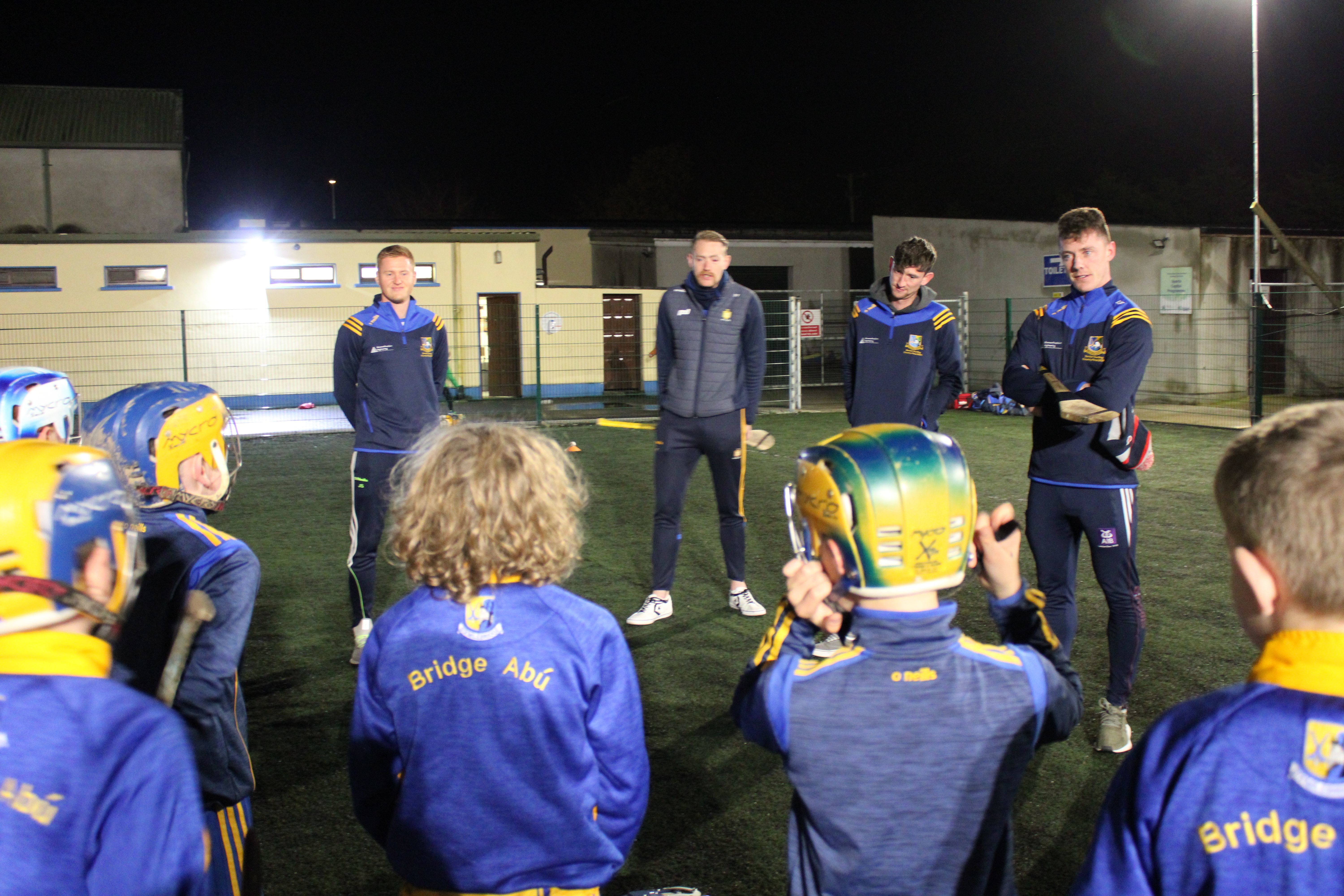 Well done again to the Clare team and our boys Seadna, Shane, Paidi and Cathal. 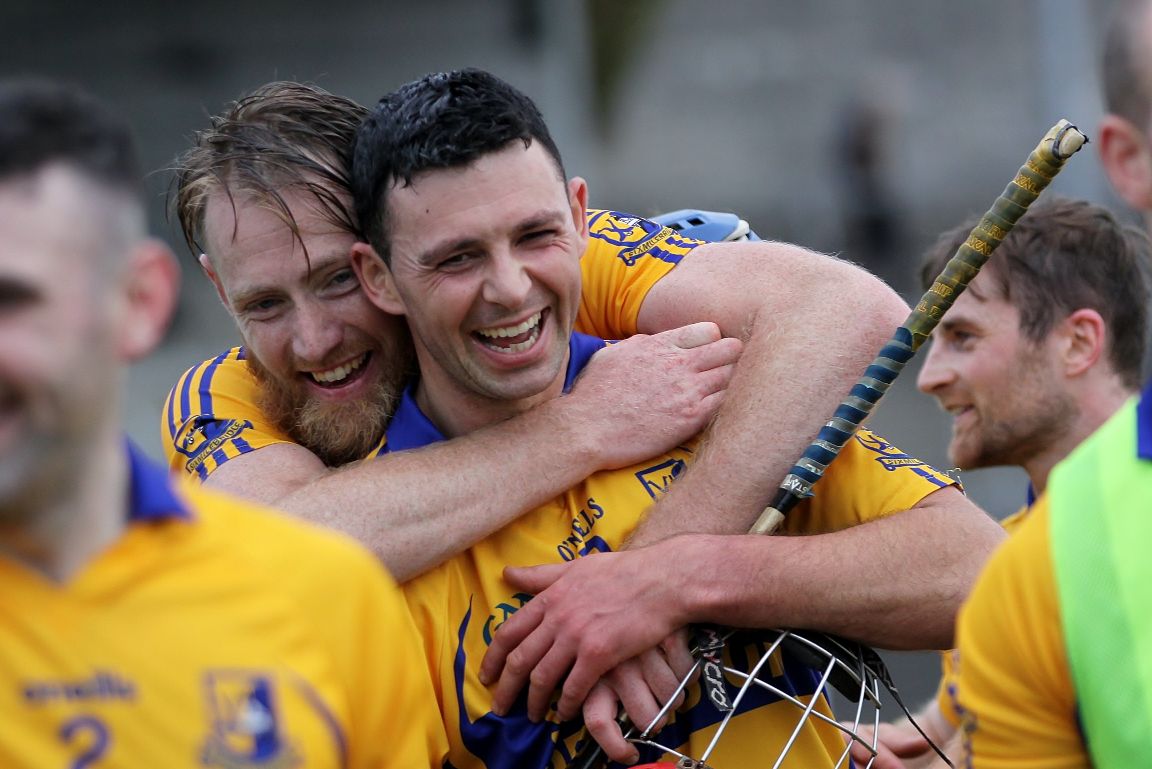