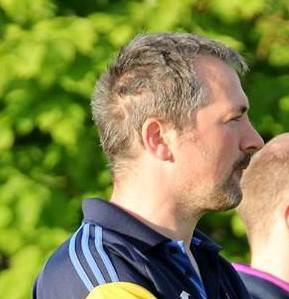 Clare GAA have confirmed that Sean Chaplin is moving on from his coaching role with the Association.

Appointed Games Promotion Officer in April 2005, Sixmilebrige native Chaplin was promoted to the role of Games Development Manager in June 2009. His initial role was primarily based on working with schools in the county at a time when All-Ireland winner Colin Lynch and former Clare football selector David O’Brien also held coaching roles with Clare GAA.

A spokesperson for Clare GAA has confirmed the former coach of the Sixmilebridge and St Josephs Doora/Barefield senior hurlers will be departing his position at the beginning of December. He is due to take up employment with Clare County Council’s HR department.

He has been responsible for overseeing the Kelloggs Cúl Camps in the county which has seen a continuous rise in the numbers attending, last year Clare GAA made a profit of €27,000 from the Cúl Camps, money which Treasurer Michael Gallagher said was used for development squads and training coaches.

In recent times, Sean was involved in the streaming of live games on Clare Gaa TV and often commentated on these games. Sean proved himself capable of leading the GAA Games Development within the County over a long number of years and his input to Clare GAA and Sixmilebridge Gaa will have a lasting affect. We at Sixmilebridge Gaa Club wish Sean all the best in his new role at Clare County Council.