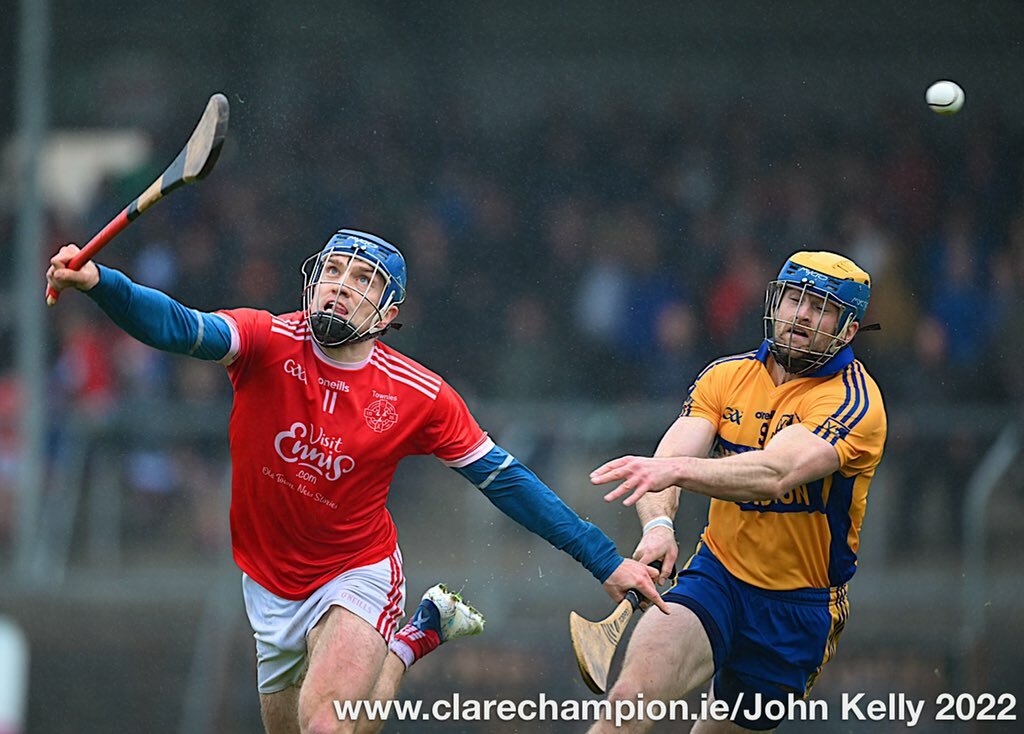 David Reidy’s scoring prowess stormed to the fore in the additional periods to tee up a novel derby decider against Ballyea in a fortnight’s time.

In what was the side’s fifth clash in just four seasons, it was by far the most titanic as the pendulum swung in both directions before extra-time had to eventually decide matters.

In the first hour, Éire Óg started both halves in commanding fashion but despite five point cushions in the first and third quarters, they would be overtaken each time by a resurgent Sixmilebridge.

A blistering start including a hat-trick of Shane O’Donnell points catapulted the Townies into a 0-7 to 0-2 advantage by the 20th minute. However, for all their hurling, Éire Óg failed to sustain that tempo and it left the door ajar for the ‘Bridge to finally find their feet.

What followed was a remarkable six point turnaround, aided by Seadna Morey’s shadowing switch on Shane O’Donnell, and completed by a 29th minute goal for Brian Corry after getting a break from a Caimin Morey free before Paidi Fitzpatrick arrowed over an injury-time point to inch the 2019 and ’20 champions 1-6 to 0-8 clear by the break.

The narrative altered once more on the restart as within 18 seconds an Oran Cahill delivery was collected and finished to the net by David Reidy. Indeed, Éire Óg appeared to have one foot in the final when a second yellow for Caimin Morey was accentuated by the next three points for Danny Russell, David Reidy and David McNamara at 1-12 to 1-7 by the two-thirds mark.

However, 14 man Sixmilebridge simply refused to yield with Jamie Shanahan’s frees keeping them within striking distance before getting a fortuitious break in the 56th minute when Shanahan’s 60 metre free was inadvertinently deflected to the net to inch ahead for the first time at 2-12 to 1-14.
Suddenly there was a total sea-change as a momentum fuelled ‘Bridge tacked on the next two points at 2-14 to 1-14.

It had to take a last gasp Shane O’Donnell goal to salvage Éire Óg’s champonship hopes, with Shanahan and David Reidy subsequently swapping frees to ensure extra-time at 2-15 apiece.

There would be only one force in the additional periods though as Sixmilebridge, despite being restored to 15 and even seeing Derek Fahy save an early David Reidy penalty, simply had nothing left in the tank.

Éire Óg meanwhile fully demonstrated their superiority, with David Reidy raiding for six points in a brilliant personal finish of 1-10.
It proved decisive as the Ennis side, who haven’t tasted Canon Hamilton success since 1990, are still on track for a historic double.