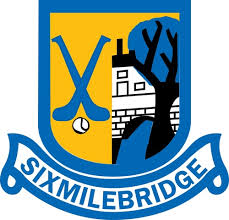 Stay tuned for live updates throughout the evening from the Radisson Blu Hotel.

Tadhg Keogh wins voucher for spa in Radisson .. He's late for his medal . Word has it he's gone for a spray tan before the photo.

Guest of honour Flan Quilligan who is most decorated Club hurler with Clare championship medals pays tribute to schools and minor club.

Some great baby pics of the senior players appearing as part of the medal presentation. Top photo between baby model Alex Morey .. One for the Club (Nude) Calendar and Sheep Jockey Evan Mcinerney.

Funny to see alot of the baby pics tonight with lads getting U6 medals and none other than Gilly presenting them with medals back in the day.

Gilly announced he will play on till 2046 and win a Junior D with the Bridge.

All management team receive super framed photo of team and back room setup. One for above the mantle piece.

Big thanks to Dominic Murphy & Lucy and Shannon Precision Engineering on his long running sponsorship for the club since 1992. 24 years must be a record.

Player of the year voted on by players goes to Cathal Malone for super performances throughout 2015.

Paddy Meehan thanks all present and looks forward to 2016. 4 senior teams in 2 finals and 2 semi finals will be hard to match but has set a high standard to follow. Pat Fitz is thanked for continued support to club. Huge thanks to Mr Heage and Mr Clohessy as well as Mr Liddy and Mr Cubert for all the work at schools level.

Special thanks to all spot prizes sponsors.

Kudos to Laura and Louise for organising the event.. let the dancing begin.

Finally well done to our own Syl O Connor who was ultra professional as always as MC.