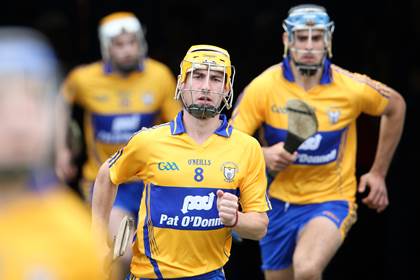 Colm Galvin has been named in Clare's 26-man squad for Saturday's make-or-break SH Qualifier against Offaly.

The former All Star's return was widely expected after his return from Boston. Manager Davy Fitzgerald, who will name his starting XV on Friday, has also been able to include Brendan Bugler, Conor McGrath and Aaron Cunningham in his matchp-day panel

Bugler returns from suspension while McGrath and Cunningham has shaken off hamstring complaints.

However, captain Patrick Donnellan is suspended and Cathal O'Connell will miss out due to a calf injury.