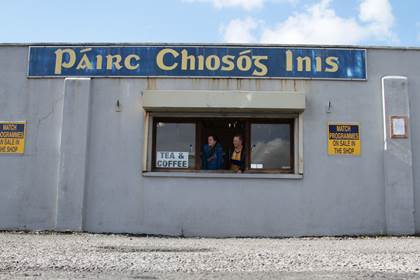 The gates of Cusack Park could be reopened later this month to stage the third round of Clare SHC games.

The €2.3m redevelopment of the Ennis venue commenced less than two-weeks ago after the start date had twice been pushed back to accommodate various Clare teams throughout the summer, most recently the Munster U21 hurling final between Clare and Limerick on July 30.

The roof of the main stand is almost removed and it was expected that no games would be played at the county’s primary ground until early in 2016, owing to obvious health and safety concerns.

However, next weekend’s third round Clare SHC fixtures have been provisionally scheduled for Cusack Park.

Moreover, the county board are in the process of trying to facilitate the playing of the senior championship quarter-finals at Cusack Park next month. Supporters are likely to be accommodated in the terraces behind both goals and the covered stand which sits opposite the main stand.