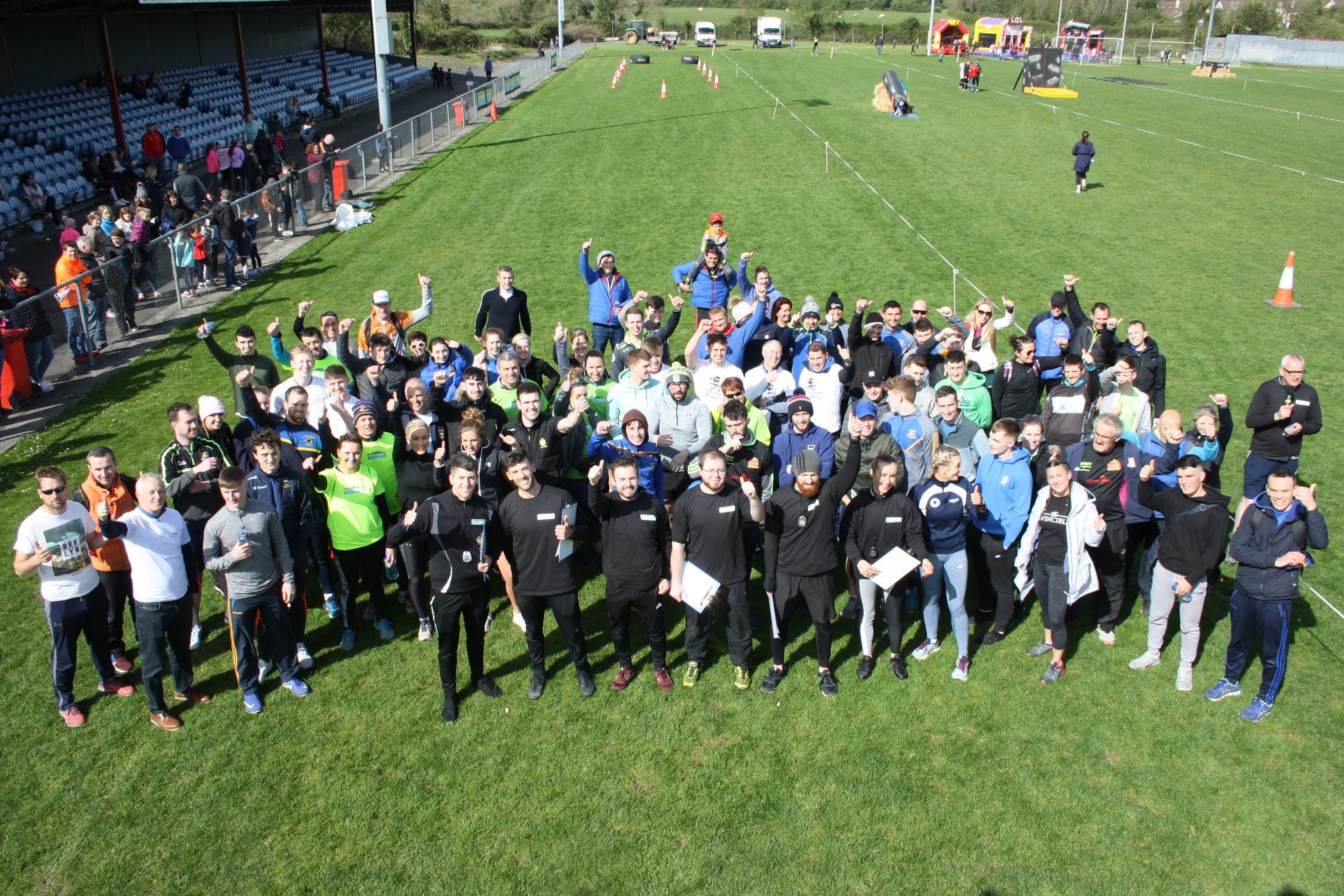 Published: over 3 years ago

Congratulations to all who took part in Clares Fittest Superstars on Saturday last and a huge thanks to all the volunteers who helped out in the lead up and on the day and to the supporters who attended and created an electric atmosphere for all the competitors.

A massive thanks to Kevin Phelan and his team of Bernie, Deirdre, Orla and Emma who have been busy planning the event for the last 6 months and to Fitzy and his crew at Fittest Superstars for their support and assistance.

The gates opened at 2pm and there was a constant flow of people until the main event started at 5pm. The new target wall was proving to be a huge hit with the kids and the added tips and coaching from club stalwart PJ Fitzpatrick had everyone joining the back of the queue again as soon as they had their go taken. The kids hang tough was also very popular with some of the times recorded easily matching the times of the superstar athletes in the main event. The bouncy village located at the bottom of the field had the smallies in their element ensuring their was fun for all. The ice cream refreshments, slushies and curry chips kept the energy levels up and when Syl O'Connor announced the first team out .. The Underdogs ... a massive cheer went out for what turned out to be the best dressed team of the day .... 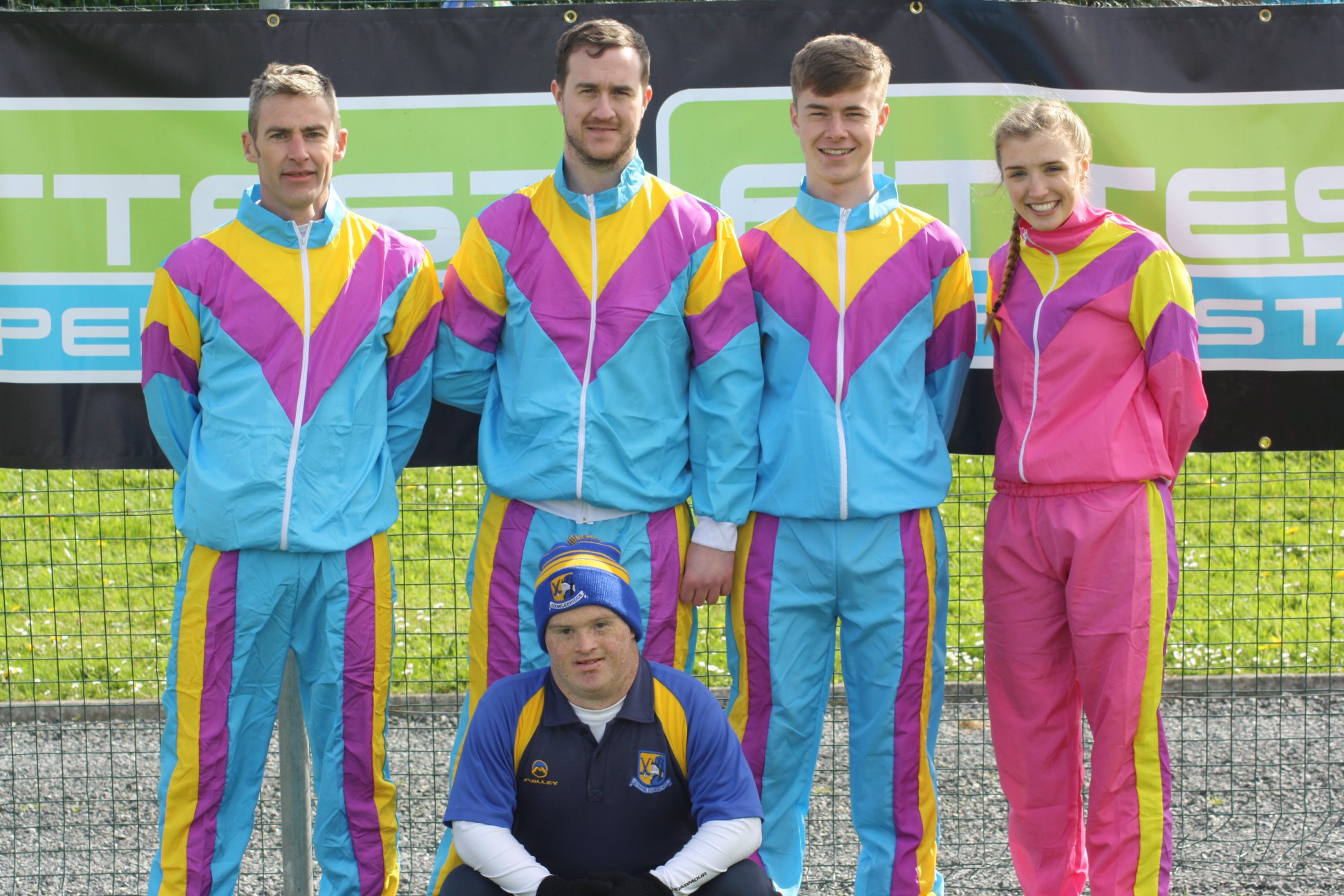 While most competitors coming up to the event had laughed off their hopes of winning, small groups began to gather and discuss strategies as they learned from the tactics deployed by the early teams out on the course. Following the pre race task of box jumps, hang tough and spin bikes the heart rate was pumping when teams got to the official start line. Whats more is there was to be close to 1km of running on the course as teams traversed up and down the field 7 times taking on the 20+ obstacles. All the talk before the event was about the ramp and 10 ft wall but the toughest obstacle turned out to be what looked like the simplest ...... 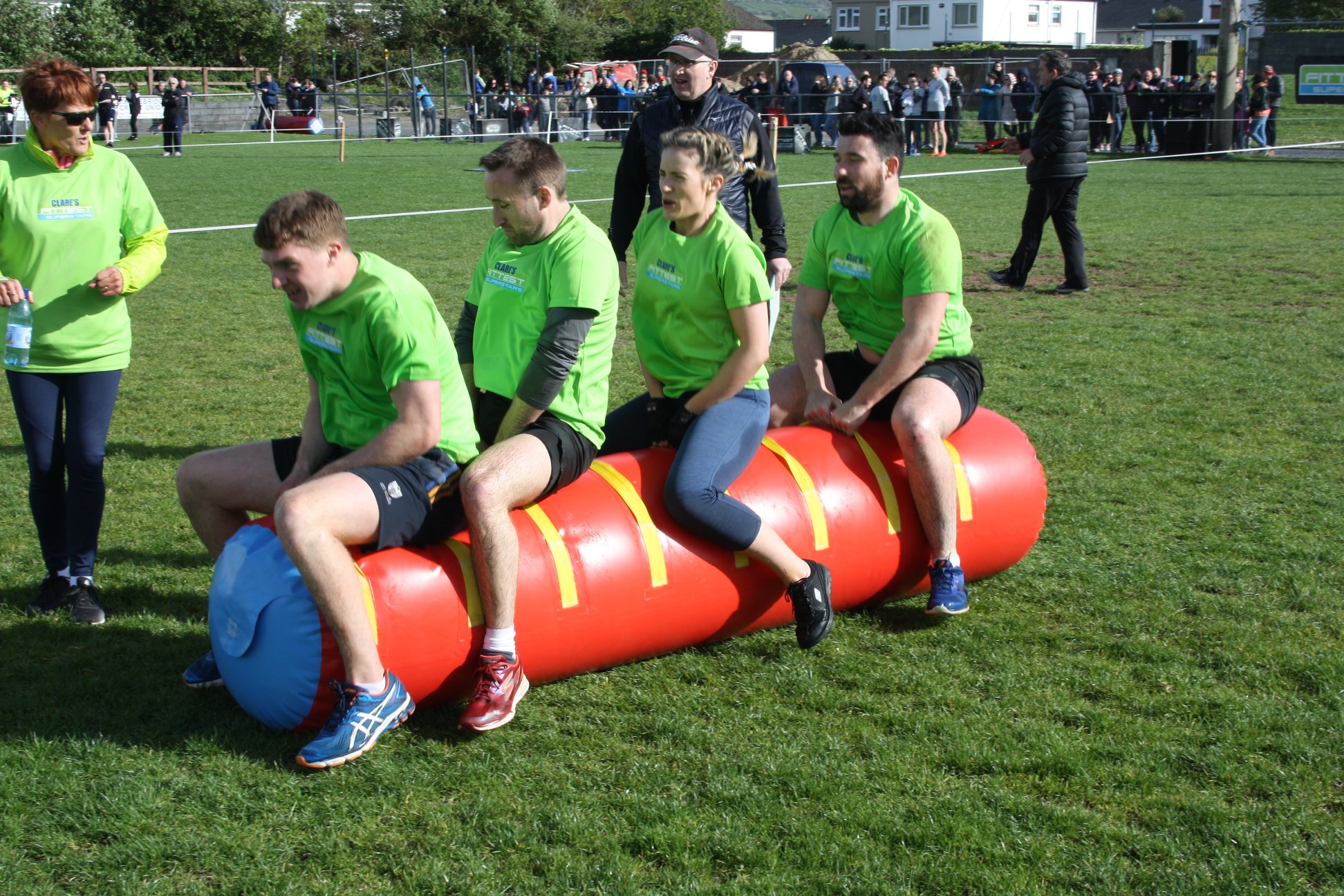 Following the main event it was in to the hall for the presentation. The craic was electric as people relived their memories of the day and spoke of aches and pains they had only to be spotted minutes later dancing away at the after party with music by local band The Black Fridays.

While the main aim of the event was to fundraise for our new indoor arena, each team had a charity nominated that received a donation from their fundraising campaigns. The team that raised the most got a further donation, so well done to The Untouchables and their nominated charity in Crumlin Children's Hospital. 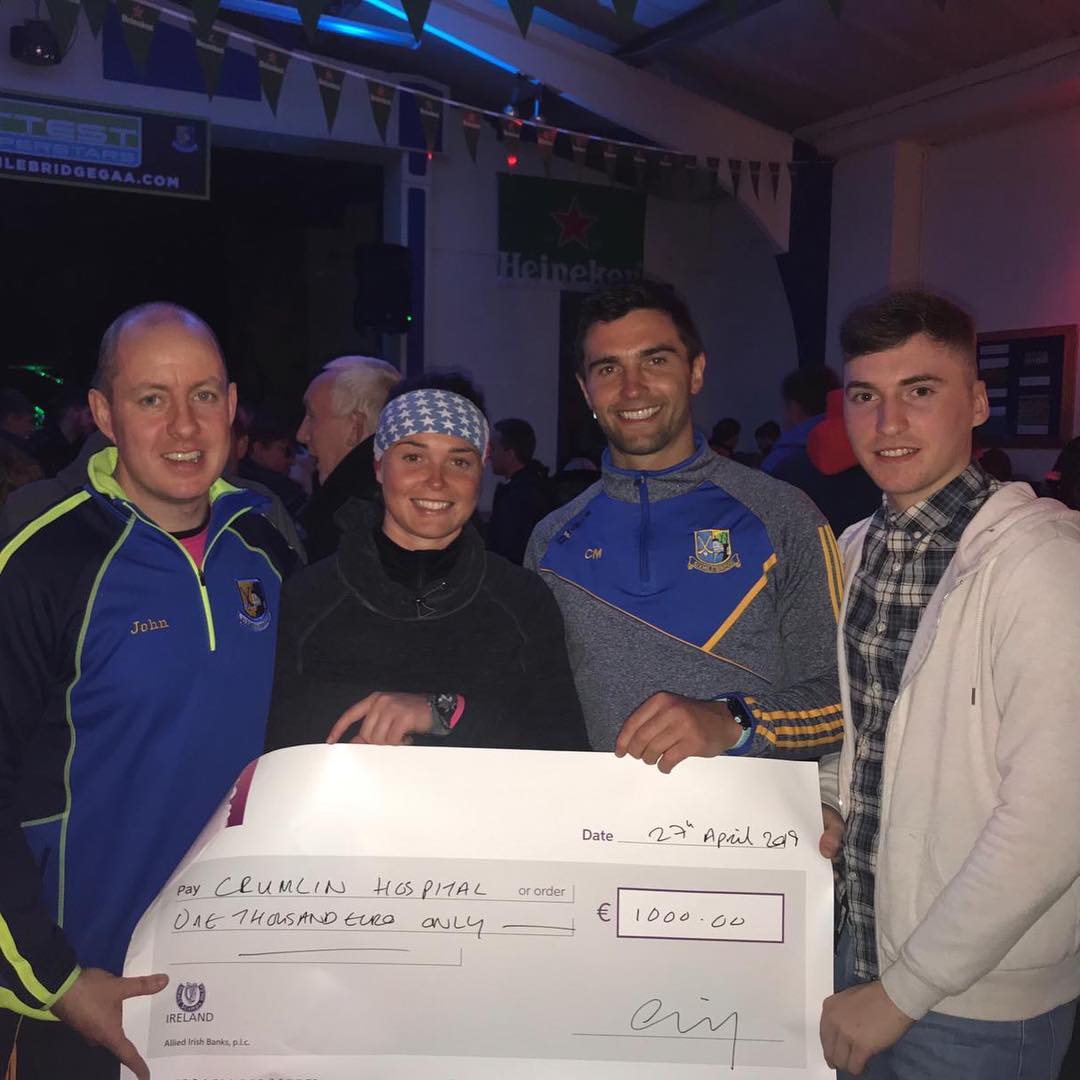 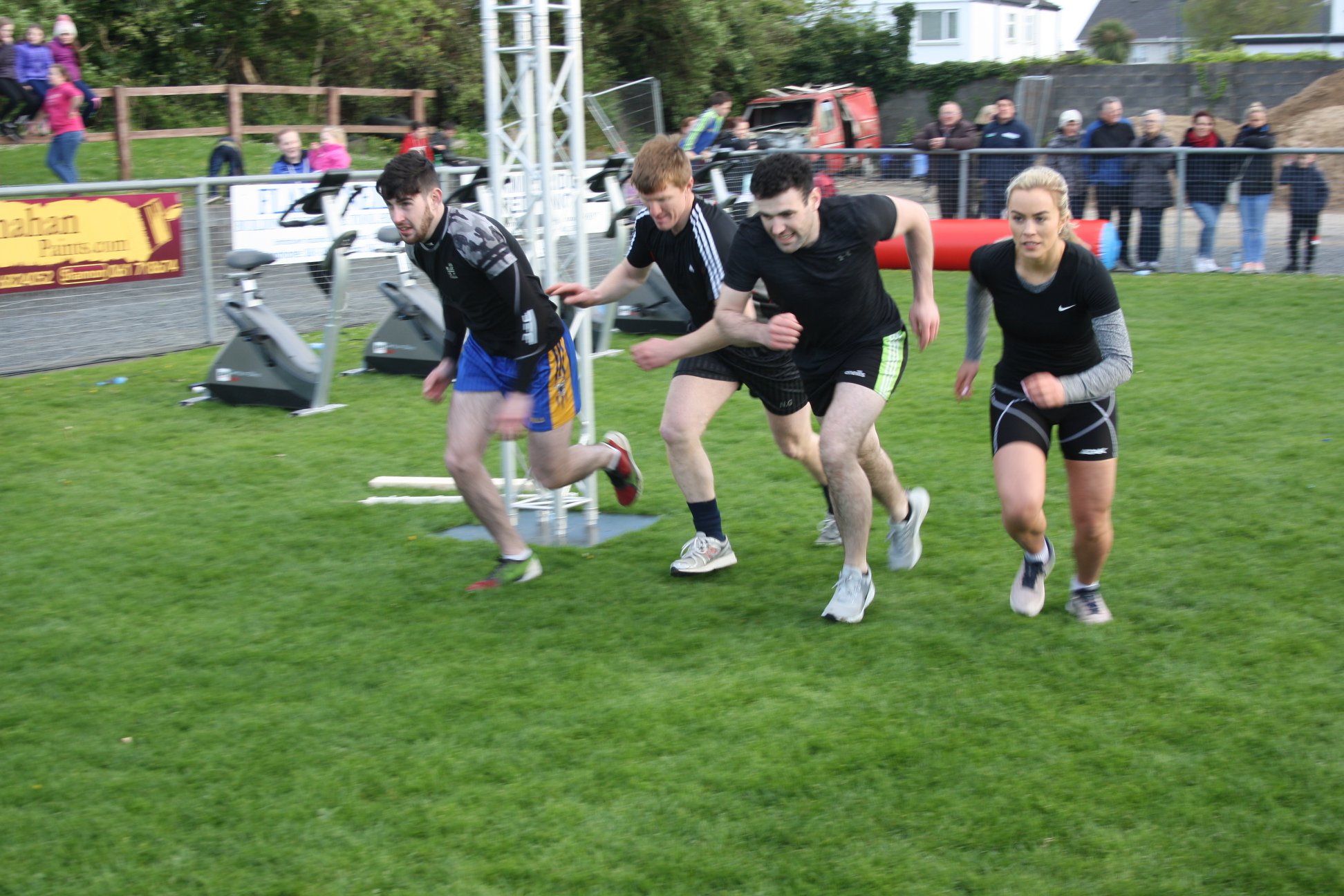 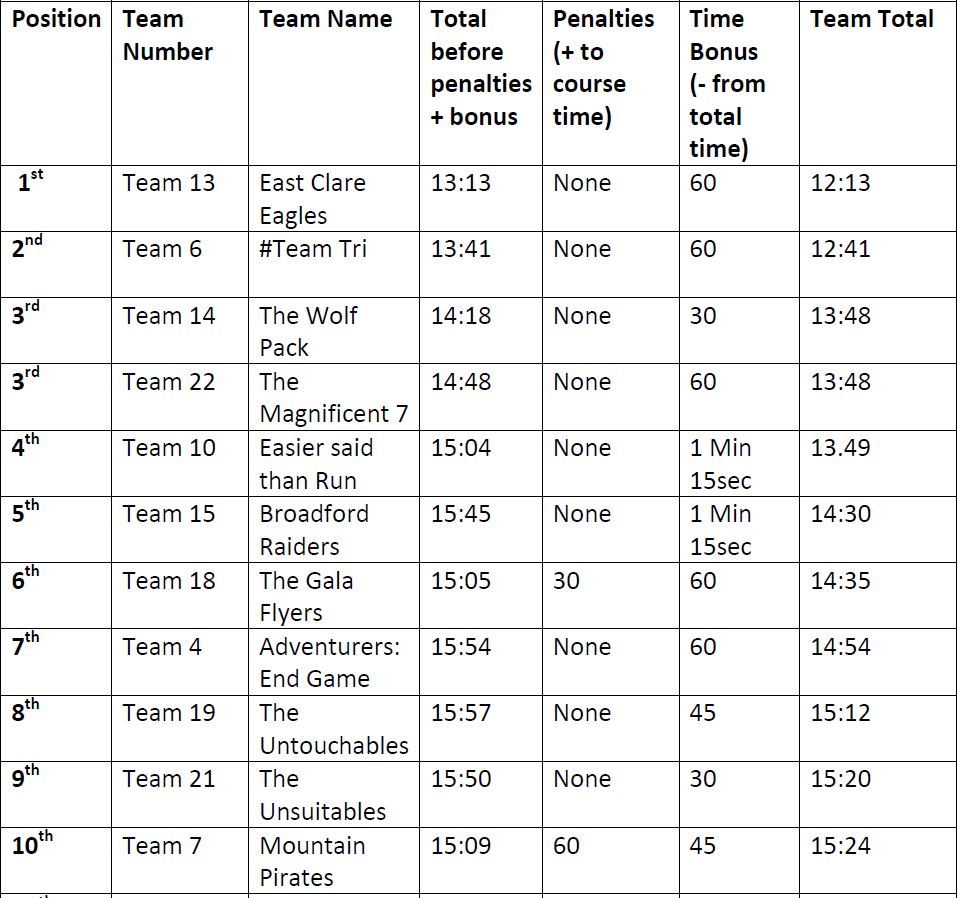 Photos from the event courtesy of Adrian here