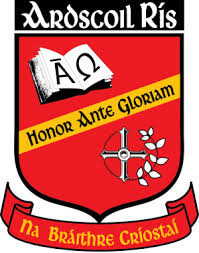 ARDSCOIL Ris have won the Dean Ryan Cup for just the second time ever with a 0-19 to 1-8 victory over Waterford’s De La Salle.

The Limerick secondary school won the Munster U-16 1/2 A hurling championship this Wednesday afternoon in Cashel.

Ardscoil Ris were Dean Ryan winners in 2008 but had previously lost the 2005 - both to St Flannans.

Two years ago they lost to Midleton CBS in this provincial final.

This Wednesday’s victory was emphatic for a side captained jointly by Jerome Boylan and Rory Duff.

Ardscoil Ris were 0-9 to 1-3 ahead at half time against a De La Salle side that were managed by Waterford senior hurling manager, Derek McGrath, a teacher in the city school.

Paul O’Brien led the way in the opening 30-minutes with five points for the Limerick city side.

A Darragh Walsh goal kept the Waterford side in touch in the first half but a run of eight unanswered points from Ardscoil Ris laid the foundation for victory at the start of the second half.

Mungret’s O’Brien was one of many stars for Ardscoil Ris but he certainly led the scoring with a personal tally of 0-9 - including two fine points from lineballs.