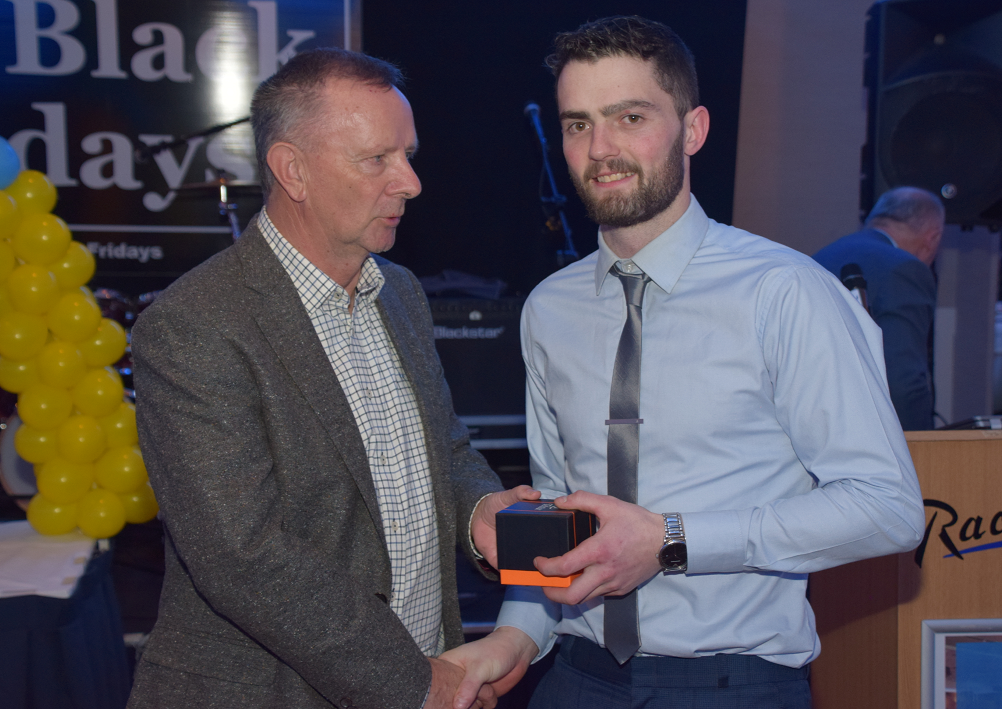 The main headling from the victory social 2020 held in the Radisson hotel was the announcement of Alex Morey as the players choice for hurler of the year 2019. I think it would be a very popular decsision among the supporters as well as the management team as Mow was outstanding throughout 2019 with an uneering eye for scores from placed balls as well as offering a serious aerial threat on the edge of the square. This lead to Alex finishing top scorer in the Senior hurling championship last year and speaking to Syl after he was announced winner he spoke of how he was hoping to carry this form into 2020 as the team looks to defent their title.

The evening started with the presentation of the Intermmediate league winning medals before the Senior winning team of 1979 were presented with a photo to mark their 40th Jubilee. The team was captained by Sean Stack and had the unique situation of a father and 2 sons on the team in the form of the O'Shea boys and Mick. Clare hurling legend Noel Casey spoke to Syl about his memories of 1979 and hurling for the Bridge while Mick Shea spoke about how he came out of retirement for the 1979 final and was glad golf was not around in those days or he may never have hurled!

Syl had his usual party tricks up his sleeve with a Mr. & Mrs. featuring Kevin & Jill, Martin & Bernie and Mags & PJ before the main event saw the Senior team receive their ounty medals. County Chairman Joe Conney was at hand to present and special guests included county secretary Pat Fitzgerad and Robert Frost.

After the floor was rocking for local band The Black Fridays who were joined by honorary Bridge man CJ on stage.

Some photos from the night available here compliments of Dave Farrell. Thanks to the organising committee for a great nights entertainment and we look forward to the hurling year ahead.