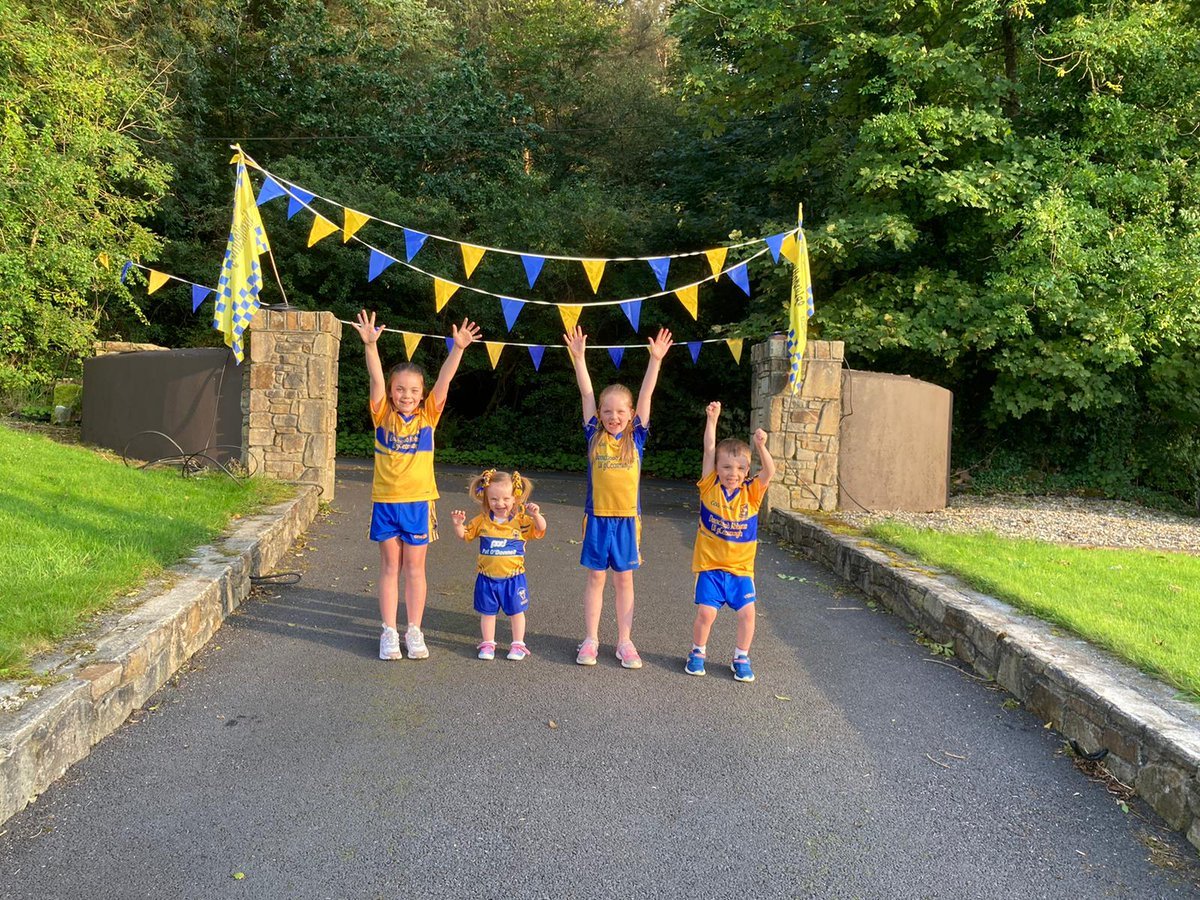 While the last few months have been really challenging for us all one thing that has kept a smile on the faces of all Bridge folk has been the success of our hurling teams.

Our U14A hurlers have qualified for the County Final with some excellent displays to date and they will face off against Inagh/Kilnamona in the decider. Similarly, our Senior hurlers will face off against our neighbours O'Callaghans Mills. County finals are special days and while this one will be some what different lets all embrace the occasion.

At the moment it looks like no supporters will be able to attend these games so we will rely on our own Micheal Ó Muircheartaigh (Syl O'Connor) for the updates. As a result of this its more important now than ever to show our support in other ways for the lads by hanging the flags and buntings and well wishes around the parish to know we are all behind them. Send in the photos of your support or tag us on social media and we will be sure to send it on to the boys.

The final is an intriguing affair ...

The Bridge are looking to put back to back titles for the first time since 1993 - In 1993 the Bridge were captained by John Chaplin (Fletcher) who now overseas the U14 team as they get ready for their county final.

Winning the back to back in 1993 saw the Bridge defeat the Mills who are now back in the county final for the first-time since then - 23 years ago.

On that day in 1993 Mike Deasy captained the Mills and his son Conor now lines out for the Bridge. His other son Barry who was team mascot that day was an uneering free taker for the Bridge.

Pat Morey who lined out in the 1993 final is Dad to Seadhna and uncle to alex and Caimin who are a formiddable trio in our current squad.

Bridge stalwarts Paidi Fitzpatrick, Noel Purcell and Alan Mulready will face off against their cousins Paddy & Bryan Donellans of the Mills.

In 1993 Davy Fitzgerald was in goals and Martin Conlon was also in the squad - Both form part of the Sixmilebridge management team while Conlon coached the Mills in 2018 & 2019.

It is going to be some build up to this one with lots of craic and banter before the big day which promises to be a massive battle for the 30 gladiators when they finally take to the Colosseum of Cusack Park.