25 Years Ago today this happened - A must see documentary 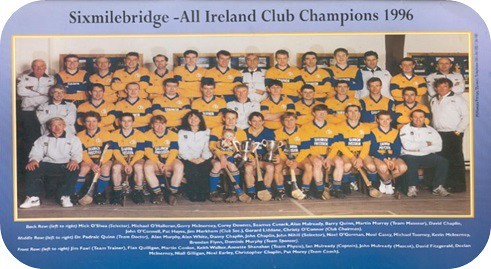 The memories of scraping past Scariff with a last minute David Chaplin goal along with the Munster Club final against Eire Og which is regarded on Garney side by many as the greatest hour of hurling produced by a Bridge team are discussed as well as the scenes of joy at the homecoming. Martin Conlon has a great quote when he says It wasn't the time of text messaging but if it was you would never dream of texting Jim Fawl to say you weren't going training!.

A special word of thanks to Barry Corbett and his team who produced the video for allowing us to share it and appreciation to the owners of the video footage and commentary for gathering great memories for us all.