James (Jimmy) O'Halloran RIP from the team of 52

It is with great sadness that we heard of the passing of James (Jimmy) O'Halloran last week - Jimmy was a member of the 1952 team that contested our first senior county final. Down memory lane brings us back to the year of 1952 when Jimmy and his team mates carved the way for the future of Bridge hurling.

13 Teams entered the Senior Championship in 1952.

For Sixmilebridge it was the first time in the Clubs History to play Senior Championship Hurling. Intermediate Championship success in 1951 opened the door to Senior.

The Clubs opening round game was against Ardnacrusha, but in a game fixed for Newmarket, Ardnacrusha failed to field a team.

The Bridge moved onto the Quarter Final at that stage with a game against Ruan. Back to Newmarket again for this clash on August 17th.

The Bridge lead 3.2 to 1.6 at half time, but on the resumption a brace of Ruan Goals, one from the legendary Jimmy Smyth, looked like sending Ruan on their way to victory, but 2 late Paddy Casey Goals gave the Bridge a 5.4 to 3.7 victory in the end.

Cusack Park housed a Semi Final Clash and a local derby game between the Bridge and Newmarket, The following is a brief snippet of the Match Report

“ The Brdige were featuring in their first ever Senior Championship Semi-Final, and the game was played at a stiff pace. In a tie of first time pulling, robust Hurling, knocks were given and taken, in a clean manly style in a tie played at a cracking pace.”

A lone goal from Mickey Morey gave the Bridge a 1 point lead at half time. Further Goals from Mick and Noel Flynn, and a point from Dick Barron gave the Bridge a 3-1 to 0-2 lead with 10 minutes remaining. A Pat Halpin goal that was described as “ a shot that resulted in Ball and Players ending up in the Bridge net” a late Newmarket finish of 2 goals and a point almost stole the game but the Bridge held out for a “Famous victory” Sixmilebridge 3-1 Newmarket 2-3

The Co Final between Scarriff and Sixmilebridge. was played in a heavy drizzle. The unpleasant heavy weather conditions were detrimental to good, fast, ground Hurling. The stronger Scarriff side were more suitable to the heavy conditions. Mid way through the first half Scarriff were enjoying a 2-3 to no score lead. The Bridge finished the half stronger with goals from Tony Casey and another from a from a goalmouth scramble. Scarriff powered to victory in the second half, adding 2-3 without reply. 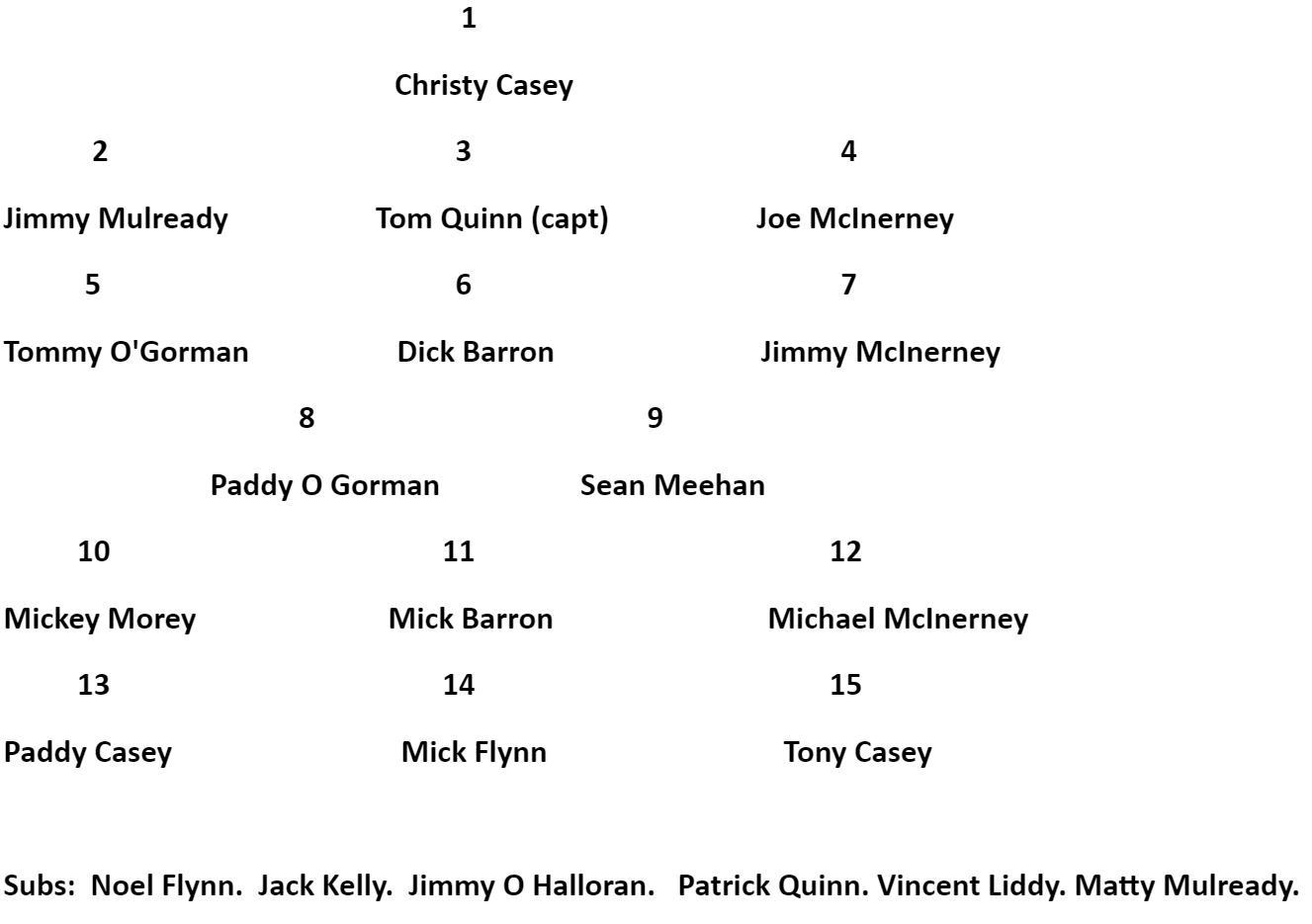 The children of Kilmurry school were busy practicing thei...

The GAA has confirmed it's panel of referees for the 2021...

Our U8s and U9s got their Go Games season off to a start ...