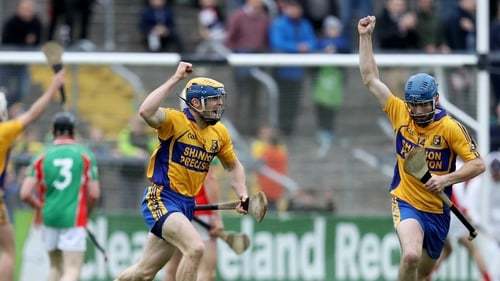 Normal service resumed on Sunday evening when when three-in-a-row chasing Sixmilebridge inflicted a first defeat on Clooney-Quin in O’Garney Park.

In truth, Sixmilebridge set the pace throughout but only effectively started to pull away once Jason Loughnane brilliantly controlled and finished a Paul Corry delivery in the 37th minute.

Seadna Morey, Jamie Shanahan and Alex Morey were to the fore as the Bridge carved out a 0-13 to 0-09 interval lead. And while Clooney-Quin freetaker Darragh Keogh and Mikey Corry provided the greatest resistance, Loughnane’s goal gave the hosts an extra impetus for the remainder at 1-15 to 0-12.

First cousins Alex (4) and Seadna Morey expertly closed out the contest in the final quarter despite late goal chances for Eoin Guilfoyle and his replacement Alan Culligan before this low-key derby ground to its inevitable finish.