Last weekend saw the Bridge U11s visit Cashel King Cormacs on Saturday where we played 2 games against the hosts. Coach Martin Conlon used his local knowledge of the area that he picked up from Bernie along with the insights of our U9 coach Sham Carr who teaches in Cashel to help prepare the boys for their first battle with the Premier in 2021.

While the early morning start resulted in some sleepy heads our boys came more and more into the games as they progressed and got 2 excellent battles with the hosts who must be commended on their skill levels as well as hospitality in hosting us.

On Sunday the same boys welcomed Eire Og of Ennis in the Clare Go Games blitzes - We played 2 x 14 a side games with a big emphasis on team work, controlled aggression and movement all of which the boys showcased admirably. While there was a fear of tiredness following the trip to Tipp the day before along with a Wedding festival over the weekend the boys went on to produce their best display of hurling all year on Sunday.

A big thanks to all parents who ensure the boys are always at training and games on time and always turned out in their club colors for battle - as seen in the photos they are the best dressed boys on the hurling circuit!

The sighs of disappointment when Martin announced a rest day from training on Monday said it all - these boys do indeed love their hurling.

Our u11s have been together as a squad for 7 years now and have had some very memorable days and events together but this week gone was a very exciting week for one of our coaches. Over 50 players make up the squad between U10s and U11s with 15+ coaches giving of their services. One man who has been there from the start is 5 time senior championship medal winner Caimin Morey whose coaching knowledge has been invaluable to the boys - Last Wednesday Caimin played centre back as the Seniors defeated Wolfe Tones and the following day met his match when he married his sweetheart Mary Clune. The club along with all the boys, their parents and fellow coaches would like to Congratulate Caimin & Mary and wish them the very best of luck for the future. 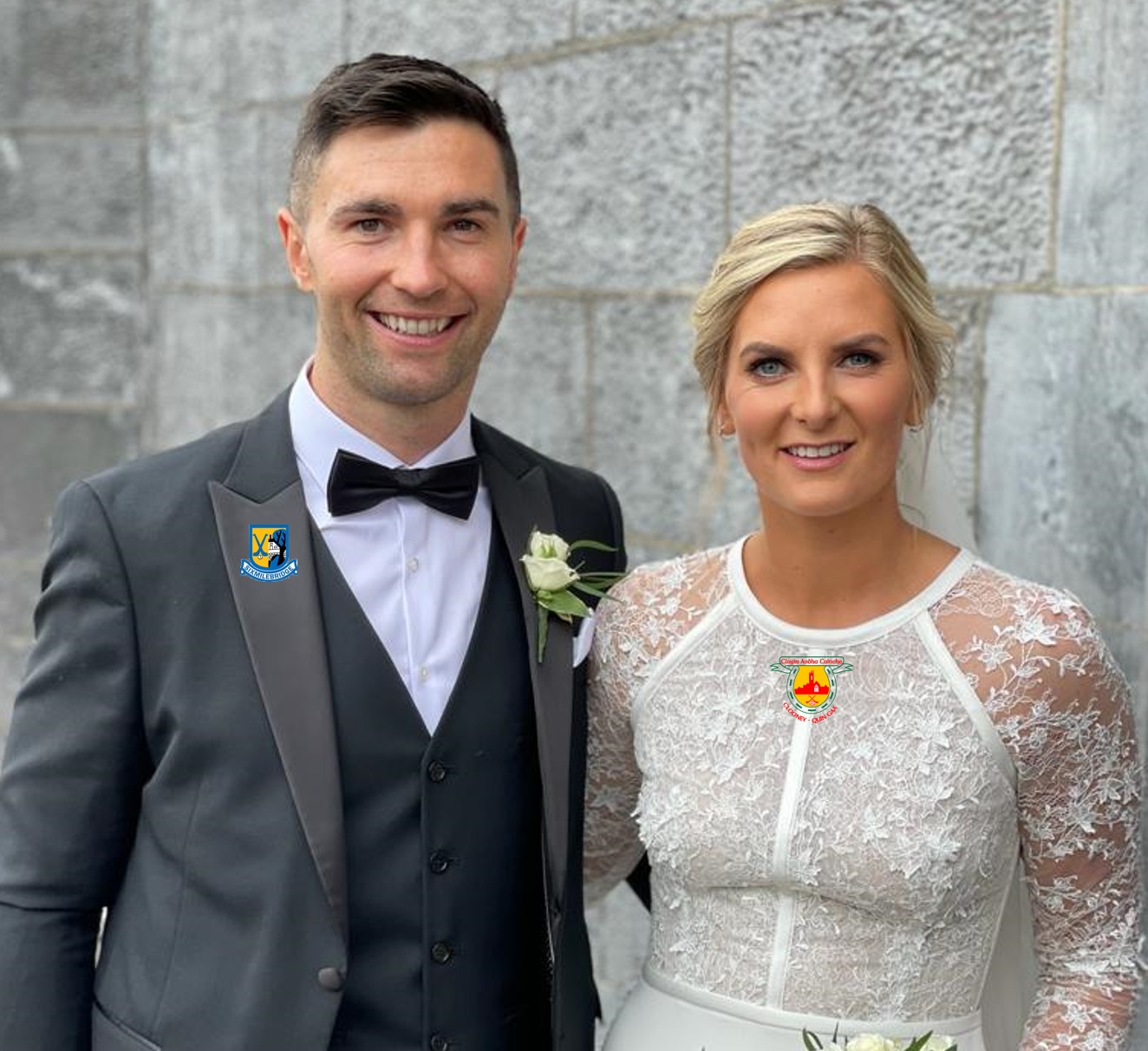