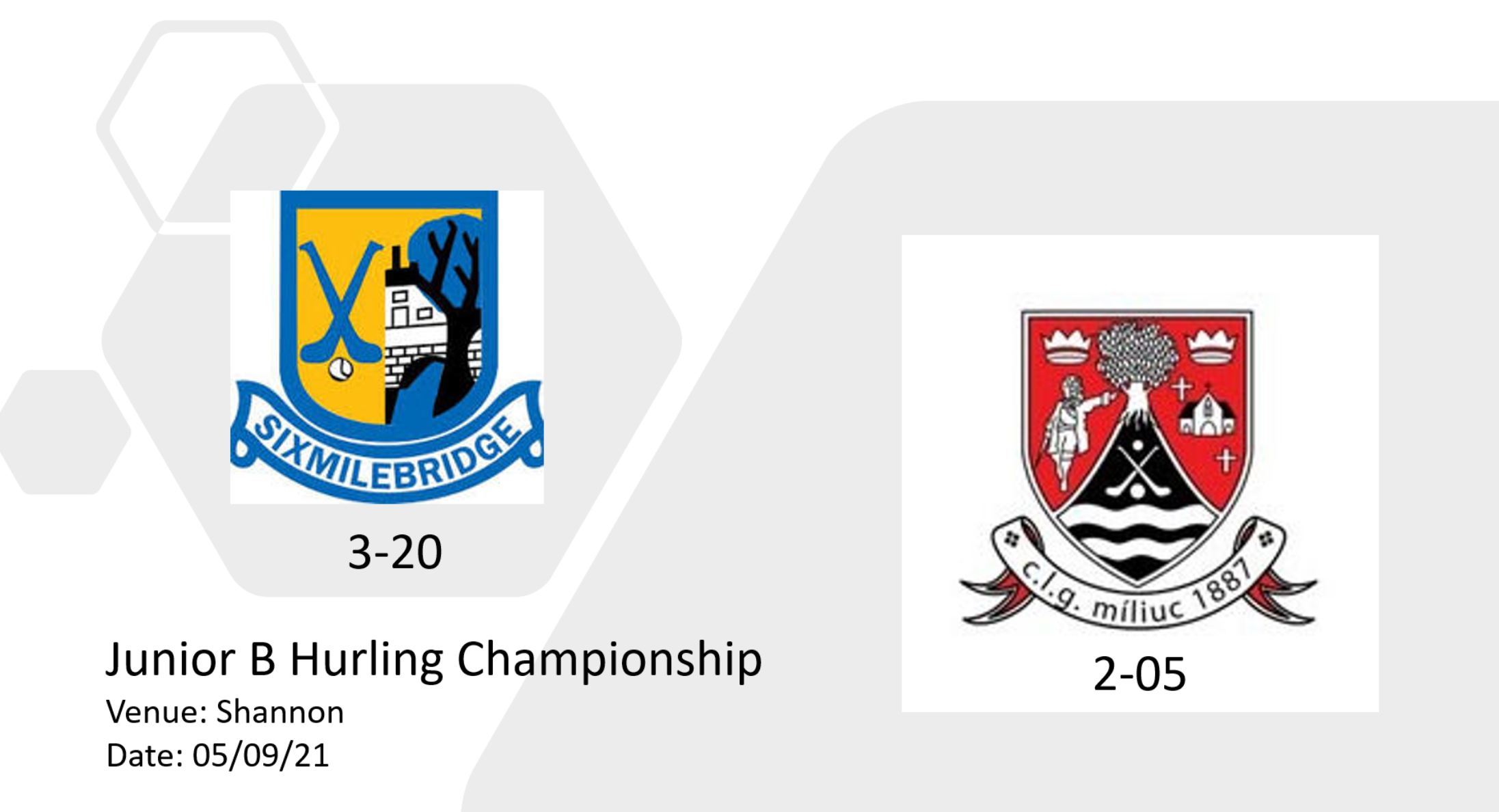 The Bridge got off the to the best possible start with early goals in the first quarter from 1997 All Ireland medal winner Stiofan Fitzpatrick and new kid on the block David Kennedy to race into a 2-04 to 1-03 lead coming up too the first water break.

With Luke O'Halloran unerring from placed balls the game as over as a contest at half time as the Bridge lead by 2-10 to 1-04 at the short whistle. Evan Murphy completed the goal haul on the 2nd half to see the Bridge run out winners by 18 points.