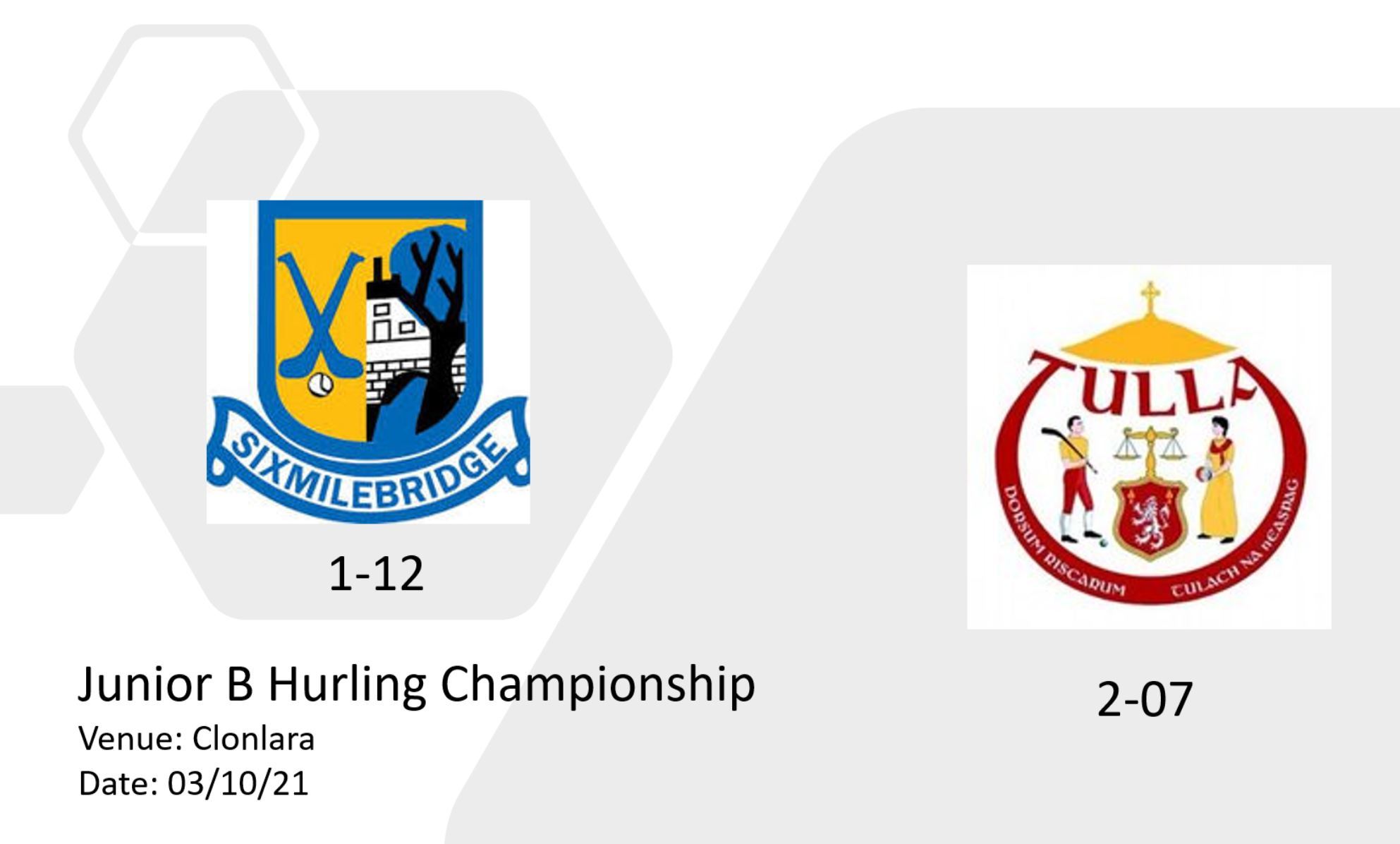 A blend of youth and experience is a cliche often used in GAA and this year the Bridge Junior Bs have it in abundance from the ever dazzling David Kennedy and Murray brothers to the 1997 Celtic Cross Winners Stiofan Fitzpatrick and Niall Gilligan .. As for Young Holla who hits our frees we wont mention too much about his Dad winning 3 All Irelands with super sub Gilly - so if you havent seen the Buzzers in action yet you need to get on the supporters bandwagon!

Back to todays game .. Having played earlier this year in Kilkishen in the league where the Bridge ran out easy winners word was out Tulla were down a number of their big names that day and would be a formidable force later in the championship and this proved to be the case when the teams met in a ding dong battle in Clonlara this evening.

David Kennedy opened the scoring for the Bridge and 3 points form Luck O Halloran and 1 from Adam Murray helped the Bridge to a 5 to 3 lead at the first water break.

Cian Hogan and Evan Murphy got on the score sheet along with Murray and Holla again to put the Bridge 9 to ahead at the short whistle.

David Kennedy raised a green flag in the 3rd quarter only for Tulla to respond from a free - at this stage the Bridge had lost keeper Gerry O'Halloran to an injury and he was replaced by Cian Fawl.

At the 2nd water break the Bridge lead 1-10 to 1-07 and while Tulla piled on the pressure in the last quarter with a goal the Bridge finished out the game with David Kennedy and Luke O'Halloran raising white flags.

The Bridge await the winners of Scariff and Feakle in the final - We wish Gerry O'Halloran a speedy recovery from his broken Collar bone injury picked up in todays game and look forward to him being back and fit for the final.