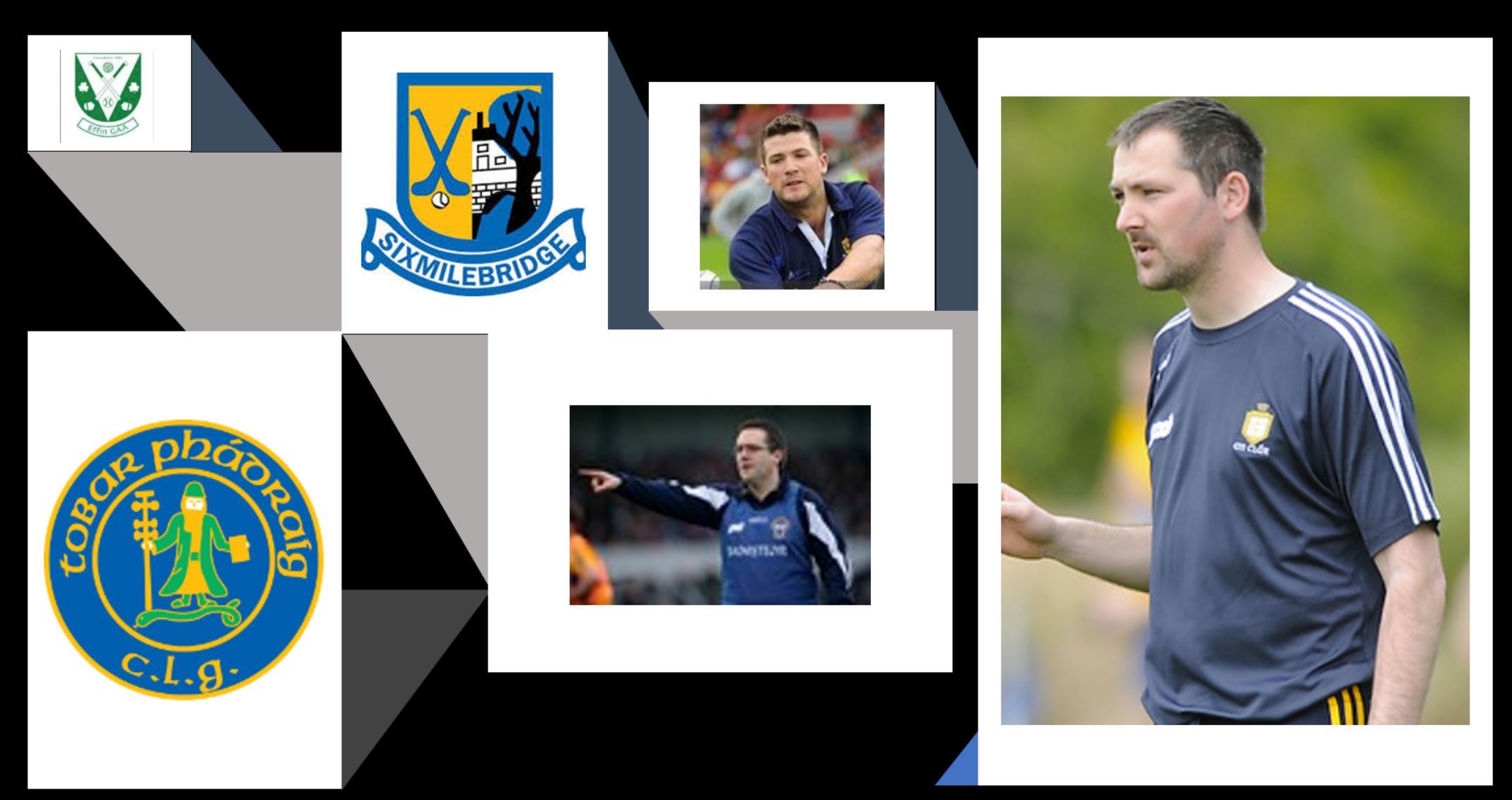 This weekend 3 of our top coaches in the club will be in action over the border ...

This Sunday sees Patrickswell face Kilmallock in the Limerick Senior Hurling County Final which airs live on TG4 at 3:30 from the Gaelic Grounds.

In the Kilmallock managerial corner is Cratloe native and Clare All Ireland Winning Selector (95&97) Tony Considine while leading the 'Well will be 2 of our own in John O'Meara and Sean Chaplin. Both our lads have been instrumental in the development of our current senior team in leading them to Clare County titles in 2013, 2015 and 2017. Indeed Meara himself an All Ireland winner with the Clare Minors in 1997 was part of the Bridge team that beat the 'Well in 2000 on our way to a Munster Club title.

The boys who took over a star studded Patrickswell team which includes Limerick All Stars Cian Lynch, Aaron Gillane and Diarmaid Byrnes at the start of this year had a rocky start with a loss to Doon in round 1 but have since steadied the ship and had a massive win over All Ireland Club favourites Na Piarsaigh in the semi final.

Another Bridge Gael Tommy Liddy is also patrolling the sidelines this weekend as he looks to guide Effin to glory in the Limierick Intermediate final. Tommy took over the reins this year and has hit the ground running with some big wins along the way in a side that includes Limerick #1 Nicky Quaid. Tommy is also juggling hurling with the Bridge Juniors and coaching our clubs U20s along with his role as a model for XGear. The Nick Grene Limerick intermediate hurling championship final between Effin and Croagh-Kilfinny takes place in Newcastle West this Saturday at 2pm.

We wish Sean, John and Tommy the very best of luck on Sunday.