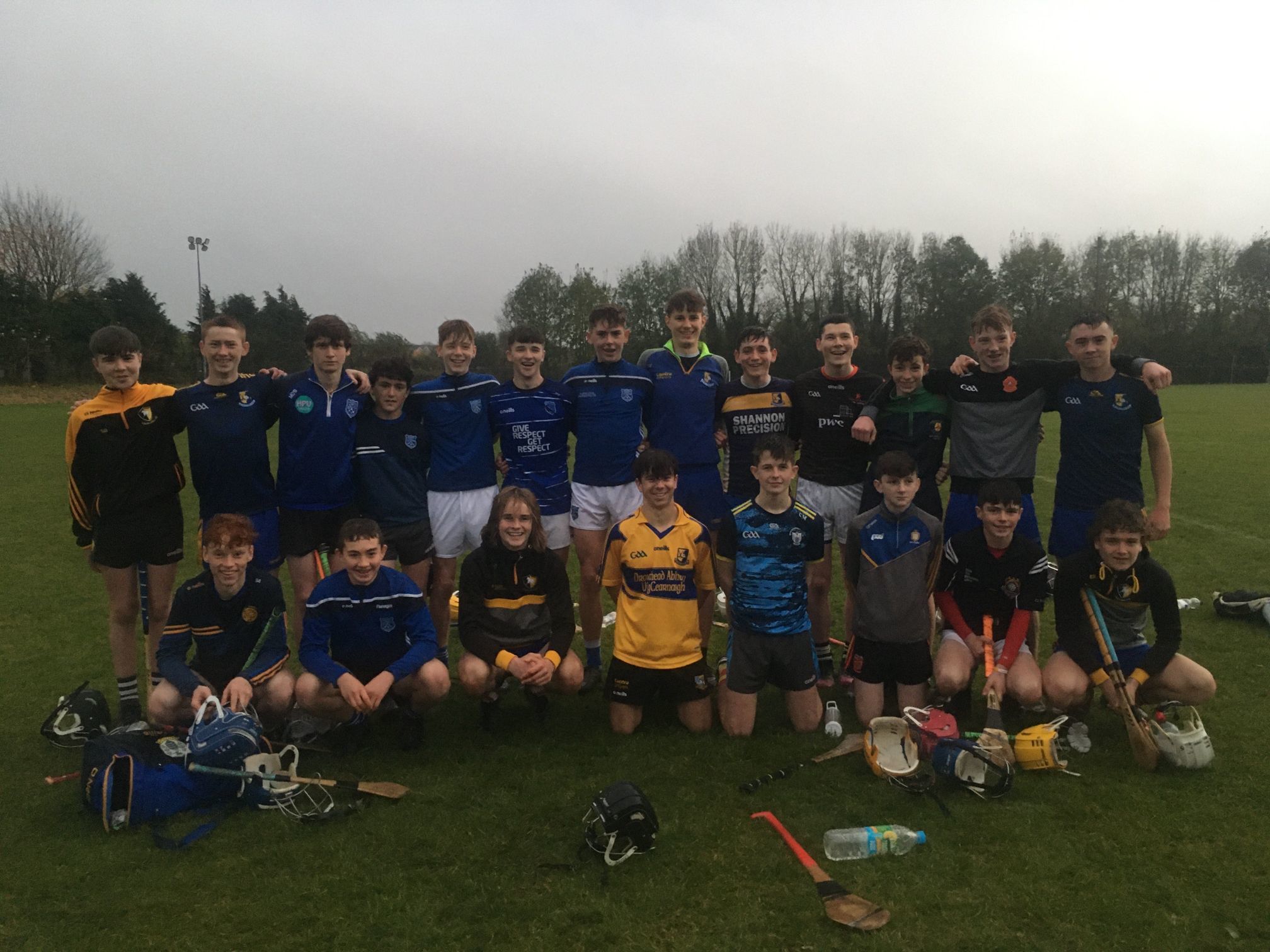 Well done to our own Jack Lee on a super preview to todays Dean Ryan Hurling Final which he scribed for the Clare Echo.

A STRONG Clare contingent are set to line out in Wednesday’s Dean Ryan final in what is viewed as a positive for hurling in the county.

St Flannan’s College and Ardscoil Rís will meet in the Dean Ryan (Munster PPS U16.5) final on Wednesday at the TUS Gaelic Grounds commencing at 1:30pm.

Both teams have had long and tough campaigns leading up to this match with Flannan’s beating Midleton CBS and Ardscoil beating CBC Cork in the quarter finals. And in the semifinals, Ardscoil put out a strong performance against favorites, St Colman’s College, Fermoy, and Flannan’s defeated De La Salle, Waterford.

Two-time All-Ireland winner, Jamesie O’Connor is coach of the St Flannan’s side. He confirmed that Clooney/Quin’s Sam Scanlon is a major doubt due to a finger injury. He referenced Ardscoil’s wins over St Colman’s and Nenagh CBS as an indicator of the talent the Limerick school have. “It’s a final and we’re under no illusions that it’ll be a tough challenge.” He goes on to say that he’s familiar with a few of Ardscoil’s Clare hurlers”.

He added, “I certainly have seen Matthew O’Halloran and Eoin Begley and those guys playing with Sixmilebridge and Clonlara or Marc O’Brien playing with Cratloe, so I’ve seen them with their clubs and know what they can do and with the Clare U15 squad and I’d be familiar with those guys but I’d be less familiar with the older cohort with Diarmuid Stritch, Daniel Chaplin and Sean McMahon. You don’t make the Ardscoil starting fifteen unless you’re a good player and all those guys are good players and they have a very high skill level they’ve always impressed me and look Ardscoil has a good coaching team, they’d be well organized and well prepared. We used to play well and we’re not going down without hope, we know we’re there with a 50/50 shout. Dean Ryan, Harty, winter hurling it’s about who performs on the day and if we do that, we’ll have a chance.”

Ardscoil Rís manager, Liam Cronin formerly coached the Clare and Éire Óg senior hurlers. The Cappamore native has been coaching with Ardscoil for the past fifteen years. He has a full panel to pick from for the final. “I suppose there there’s always a little bit of pressure, the fact that we’ve done so well in the last number of years, but look I think everyone knows that there’s a bit of a resurgence going on in Flannan’s at the moment, so I think it’ll be a great game I think both teams feel they have a chance of winning. But no, I think I’ll let all the players deal with the pressure,” he told The Clare Echo.

Smith O’Briens’ Sean McMahon captains the Ardscoil side. His father Pat played underage for Éire Óg while his grandfather Michael represented the Killaloe club. Sean is currently a member of the Clare U16 development squad, many of his teammates here will be his opponents on Wednesday. “They’re very good, they’ll be a tough side to beat and it’ll be a great match. I haven’t been talking to them recently just trying to focus on the game, we can be friends afterwards but now we’re focused on winning. I am honoured to be selected as captain, to be honest it doesn’t mean a whole lot unless I play the captain’s role of being a leader on the field getting other people to be leaders and stand out when it is needed.”

A coin toss to determine whether the match would be played in Limerick or Clare was won by Ardscoil. As a result, St Flannan’s College will not be bringing a supporters bus to the game. “For the players it’s about focusing on the game and look, I’m sure there will be plenty of supporters, there will be plenty of parents and other people who’d be in a position to go. We will support. Ideally, we would have won the toss and the match would be on in Cusack Park and we’d have five or six hundred Flannan’s students there but that’s not the case, there is Christmas exams on in the school at that time as well. They took the decision they took on public health grounds and we have to respect that; it shouldn’t affect the players they should focus on the score line,” Jamesie stated.

By all accounts the high Clare contingent on both sides is hugely positive for Clare hurling as the Ardscoil Captain explains, “It’s very positive, probably the best hurling school in Clare with Flannan’s and a lot of Ardscoil players on the Clare panel as well. This year the Clare minor campaign was unsuccessful, but there’s a lot of good people putting good work into the development of Clare underage hurling. It’s looking good for Clare Minors 2022 and years to come.”

Cronin said, “I’m really looking forward to what the Clare minor team looks like in 2022 when you consider with huge Clare contingent that we have on our squad and on the Flannan’s squad I think it’s going to be positive for Clare minors in 2022”.

O’Connor was of the view that it was a positive for Clare hurling. “It’s a very good sign both schools have been impressive if you look at the path to the final it looks like we have the two best teams in the competition and it’s great that Ardscoil have such a strong Clare contingent and you know we’re pretty much an all Clare starting fifteen, so that’s a tribute to the clubs and the work they’ve been doing and a tribute to the players involved and they’ve put the work in and they’ve and they’ve played at a level in the games they’ve had in the games to date and yeah it’s a very positive sign for Clare hurling and we all know the minors had a disappointing result with what happened last year but there’s good work being done in the clubs and there’s good work being done with the squads and hopefully these guys this will be a stepping stone in their journey and they’ll go on to wear the Clare jersey in years to come. Getting to this final will certainly be help along the way in terms of their progress and development”.

Admission for the final is by ticket only, tickets must be purchased online in advance with the match also available to stream online. 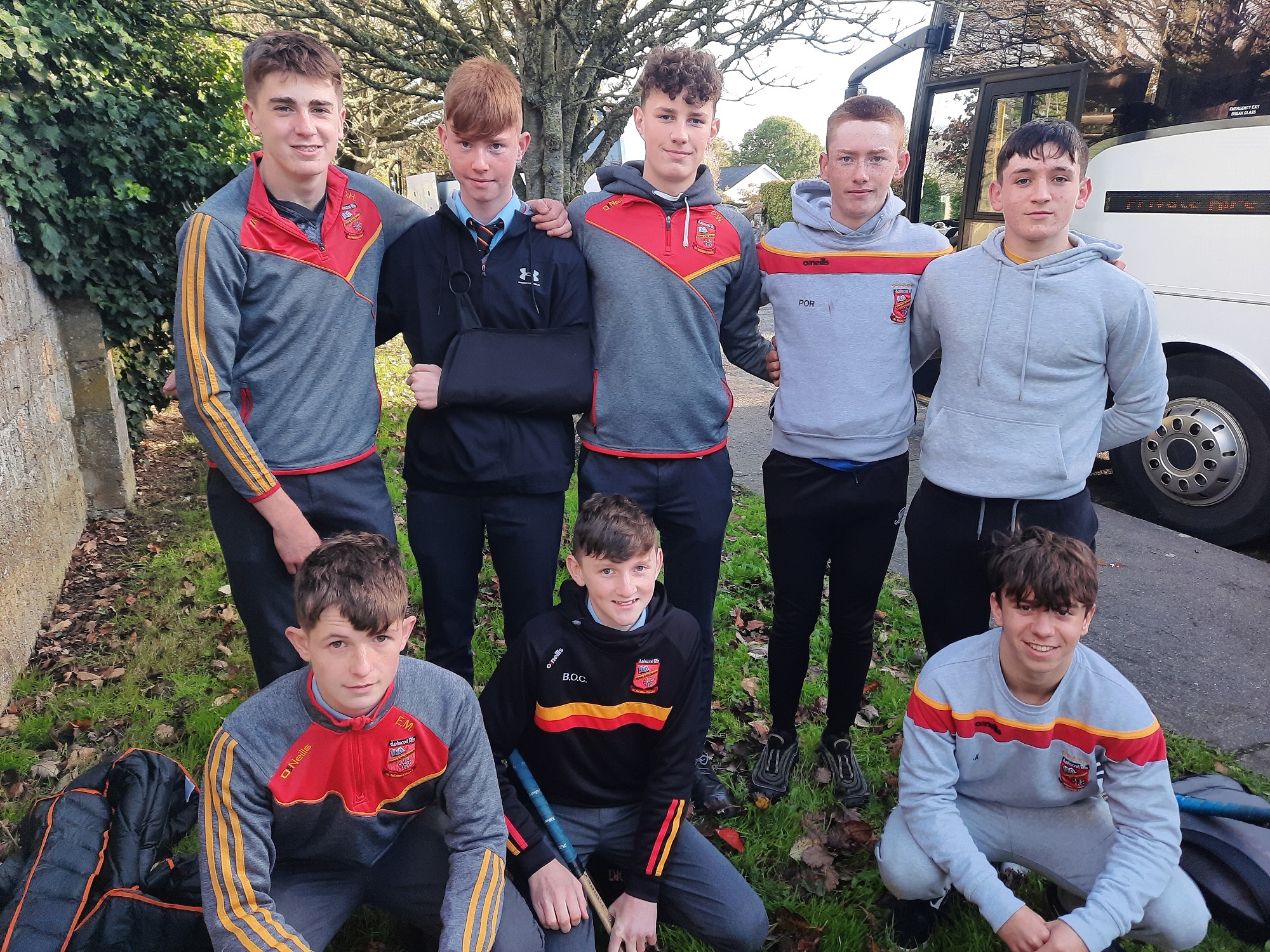