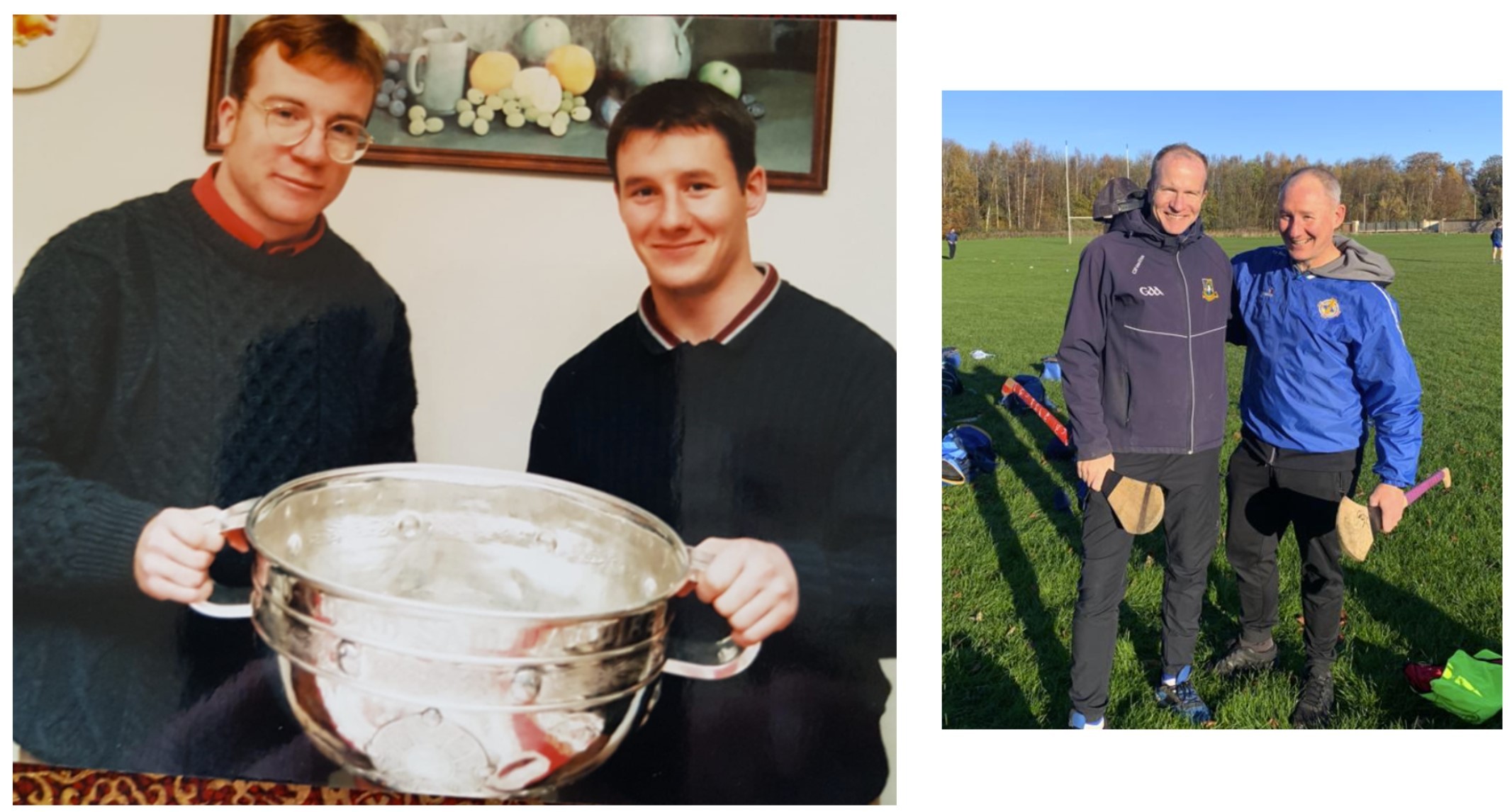 1995 was a historic year for the Banner county when we won the All Ireland for the first time in 81 years - We as a club were very fortunate to have 4 medal winners in Davy Fitz, Mike Halloran, Rusty and Fletcher Chaplin. Dublin winning the Football the same year was a joyous occasion also for lots of Clare people and none more so than the Gavin family who hailed from Clare and who's son Jim lined out for the Dubs. Jims father Jimmy hails from Cree and his mother Ann (neé Vaughan) was born in Moy. They moved to the capital not long after getting married when Ann was offered a teaching post there. Jimmy won a county championship with Cooraclare in 1964. The Gavin’s have strong family connections to Ballynacally and Sixmilebridge.

In the winter of 1995 when the cups go on tour Jim called to his Uncle Terrys house in Cappa, Sixmilebridge with Sam and took a photo with the next door neighbour - Mike Holla OHalloran who had won his first Celtic Cross a few weeks previously. Mike went on to win a Club All Ireland in 1996 and a second Senior All Ireland in 1997 while Jim went on to become one of the Greatest Managers of all Time. 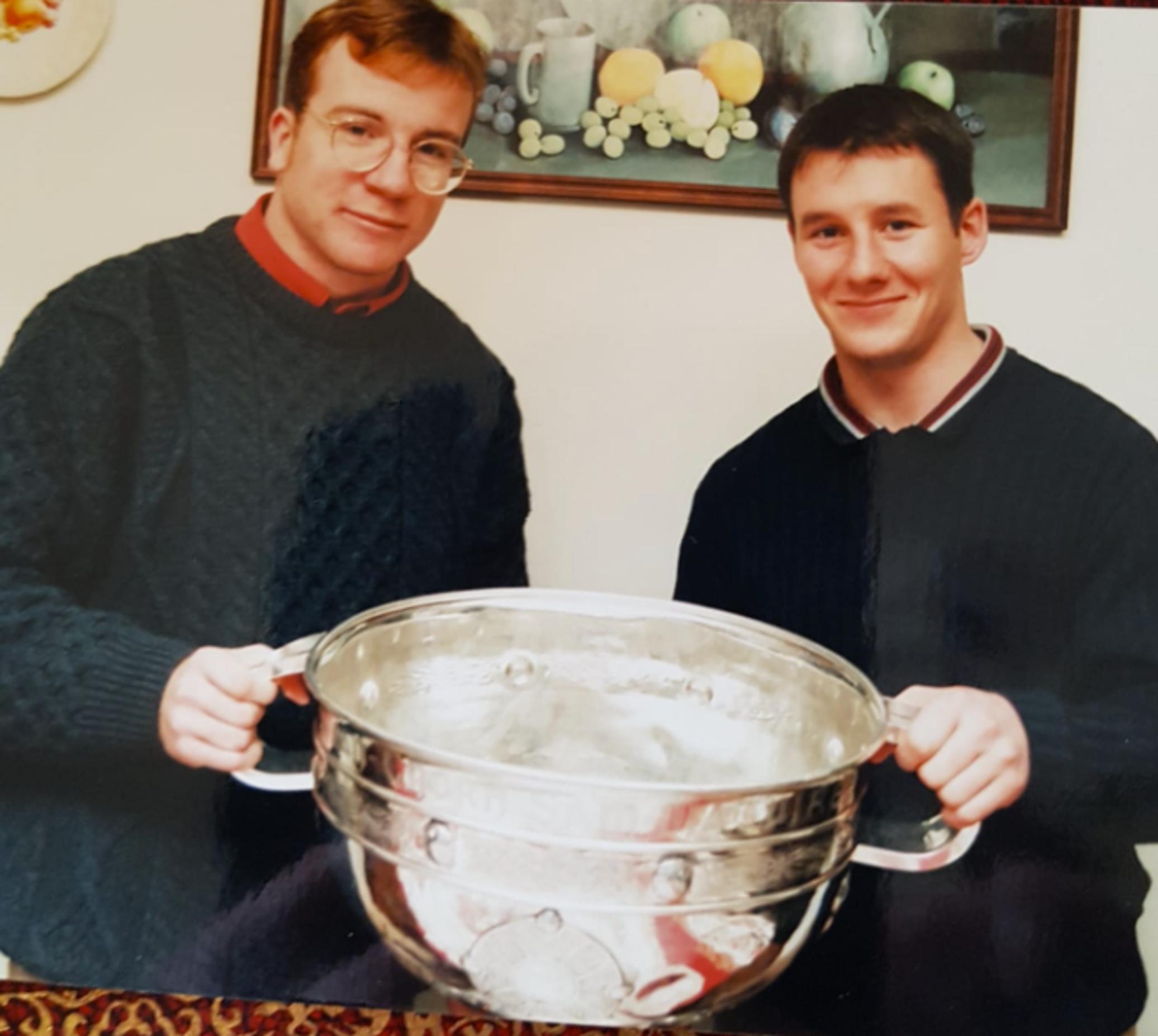 Clare and Dublin were due to give the wave as the Jubilee teams in 2020 which never took place due to Covid but today in Ballyboden both men patrolled the sidelines for their respective clubs in an U13 hurling tournament and after the game got to relive the memories of those magic days. Hollas son lined out for the Bridge, Jim Gavins first Cousin Eoin is our current Minor club Chairman while Jims son was in the blue and white of Ballyboden St. Endas. 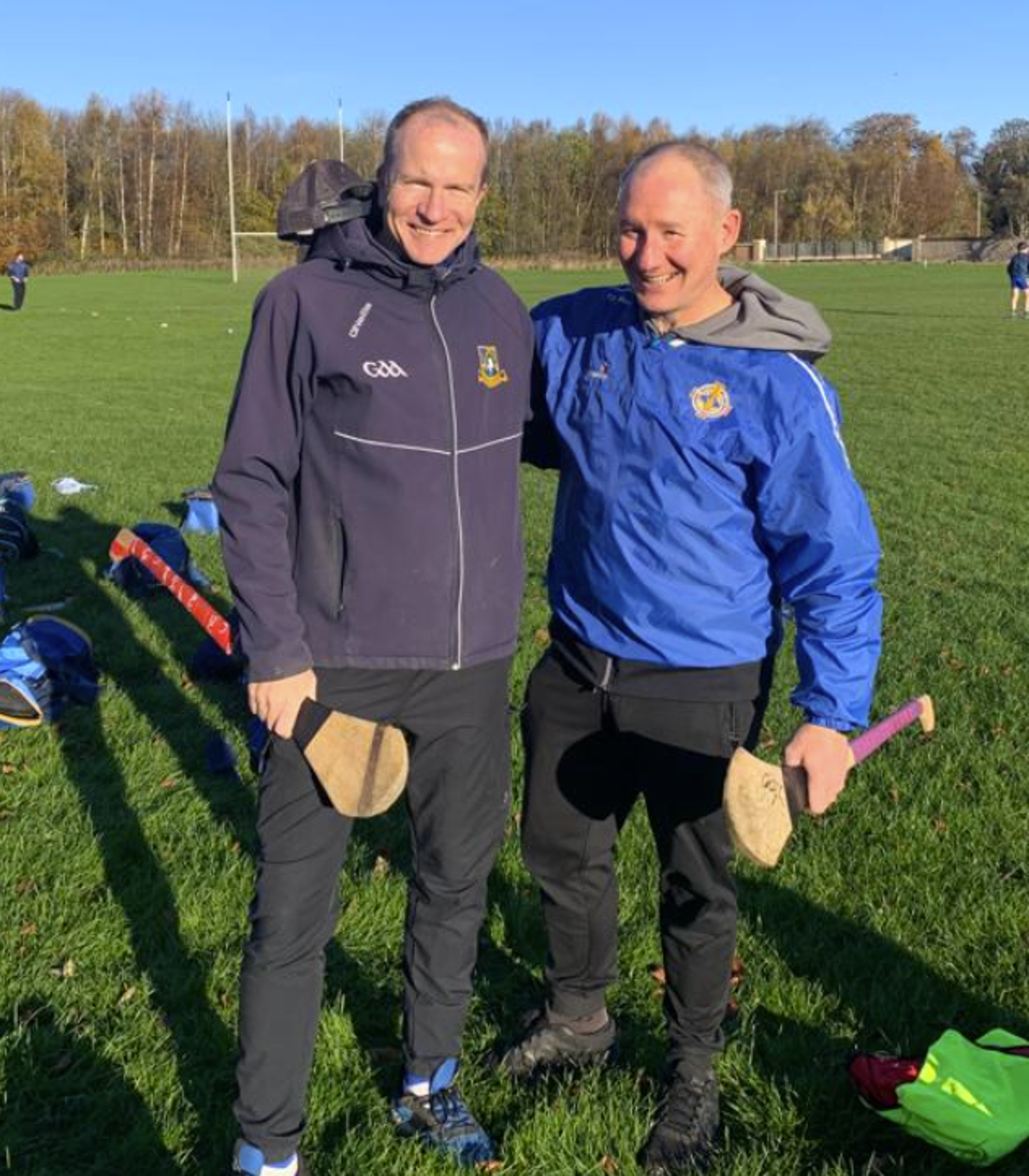 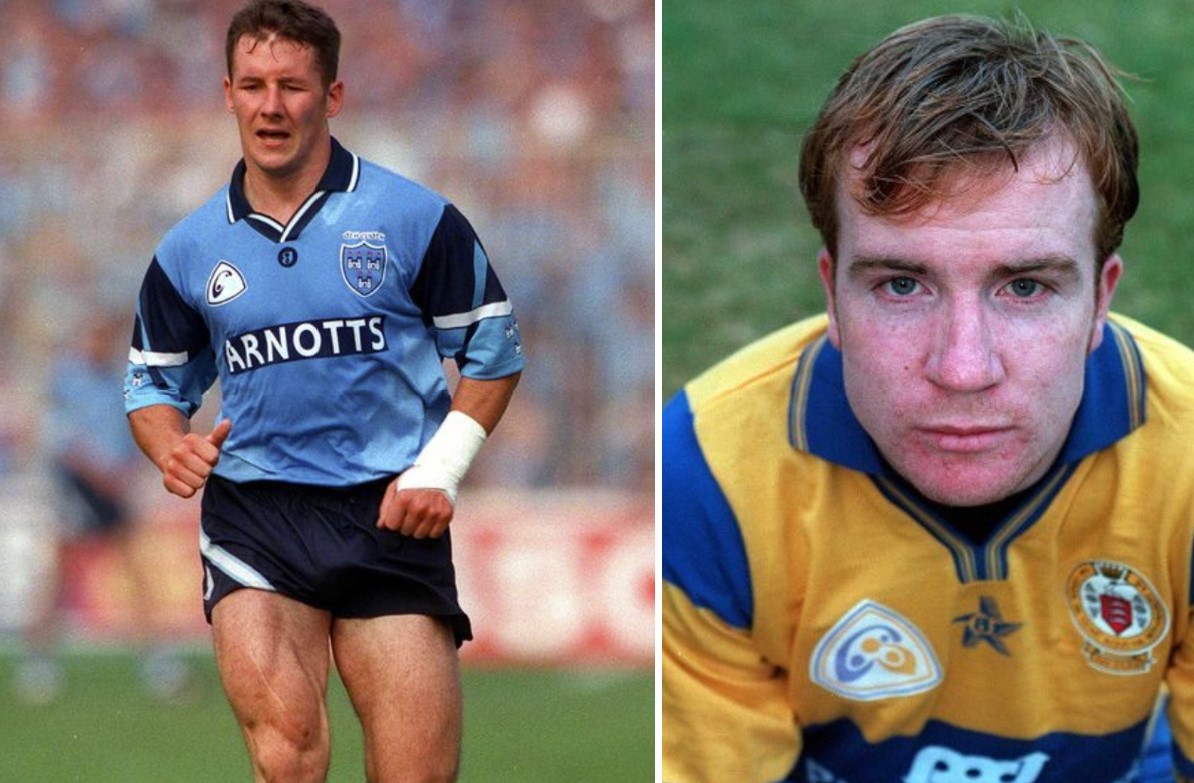 Tune in next week for a full report on the U13s trip to Dublin - it will be epic!