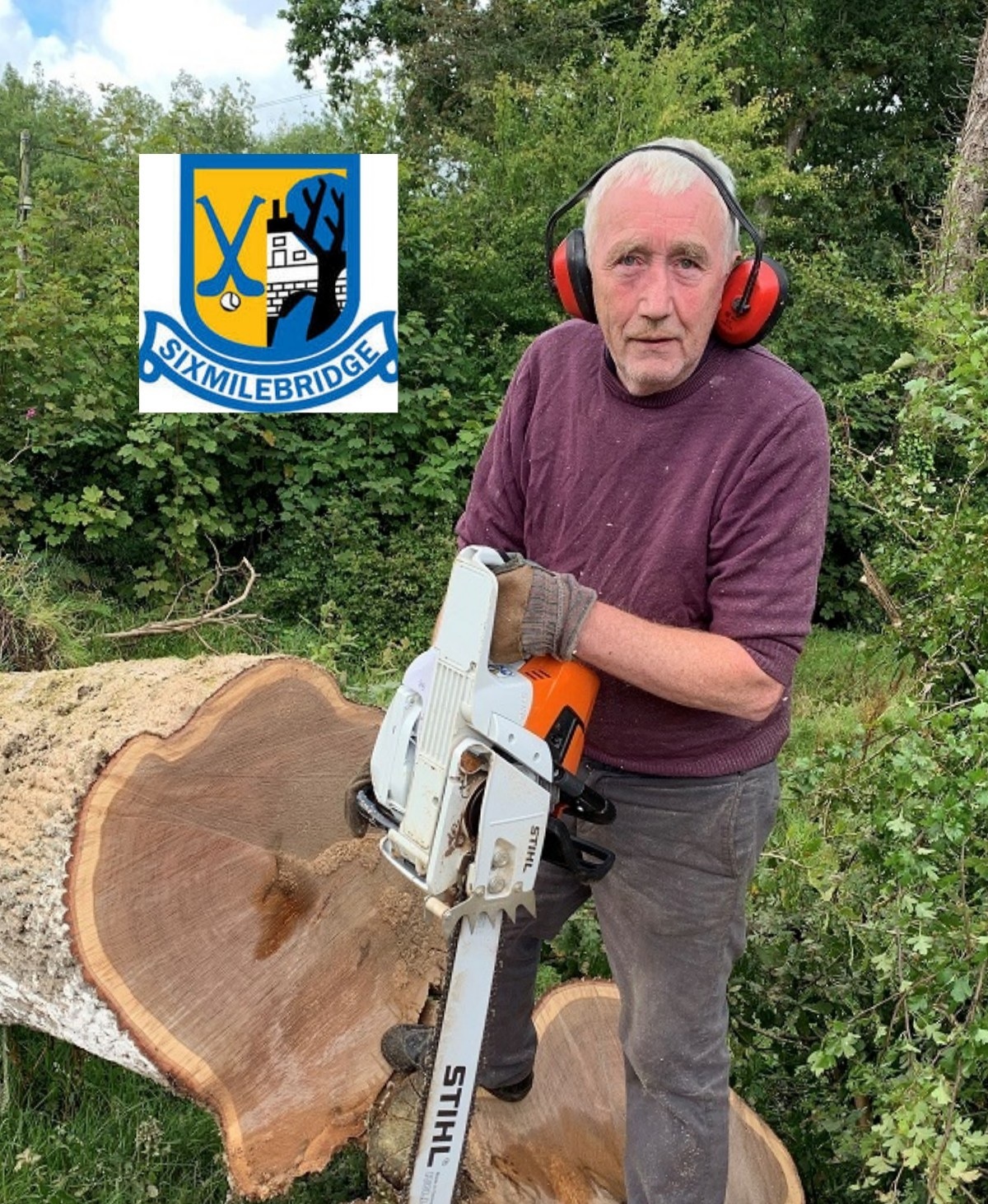 The sad passing of our Community and Clubman Pat Noonan reminds us of some of those items, and brings many of those things to mind. Pat Noonan was a great club volunteer for a long number of years and sadly passed away after a short illness.

Pat is a native of Killuran in O' Callaghans Mills, and on many occasions would like to remind you of that just to get the banter in motion. His association to the Sixmilebridge GAA Club, and his enormous pride in helping his adopted Club was unequivocal.

Field days, flag days, or fundraising, Collecting Lotto, minding the Hurleys, Sliotars, or Jerseys, standing on the side-line or seated in the Stand, Pat was very much a Clubman at heart.

One of his favourites in the eyes of many people was a day in preparation for a Big Timber sale. The Chainsaw blade seldom got an opportunity to cool down, because Pat was only warming up, as the day moved along.

He worked in forestry in his early working life so was always available for tree rooting for hurleys or for firewood for the club. He also worked in Sealol in Shannon.

As some people in the club remarked today, any job Pat was asked to do he never refused. He served as selector on a good number of underage teams, was a huge club and county supporter and was one of the primary men for organising tree cutting for hurleys and firewood. Pat was also the appointed custodian of hurleys and sliotars and anyone calling for a bag of sliotars would always end up talking hurling.

Pat was strong on his opinions and his analysis of games, players and tactics always ensured a long debate would follow. He liked a pint and many recounted memories today of long chats in the pub about hurling.

Many recalled great days in Croke Park following the Clare teams in the 90s where Pat and his family would have organised busses to the matches and on which more Bridge families also travelled. The craic was mighty!

The club would like to wish sincerest condolences to Carmel, Colm, Trevor, Laura and extended family and friends in this difficult time.