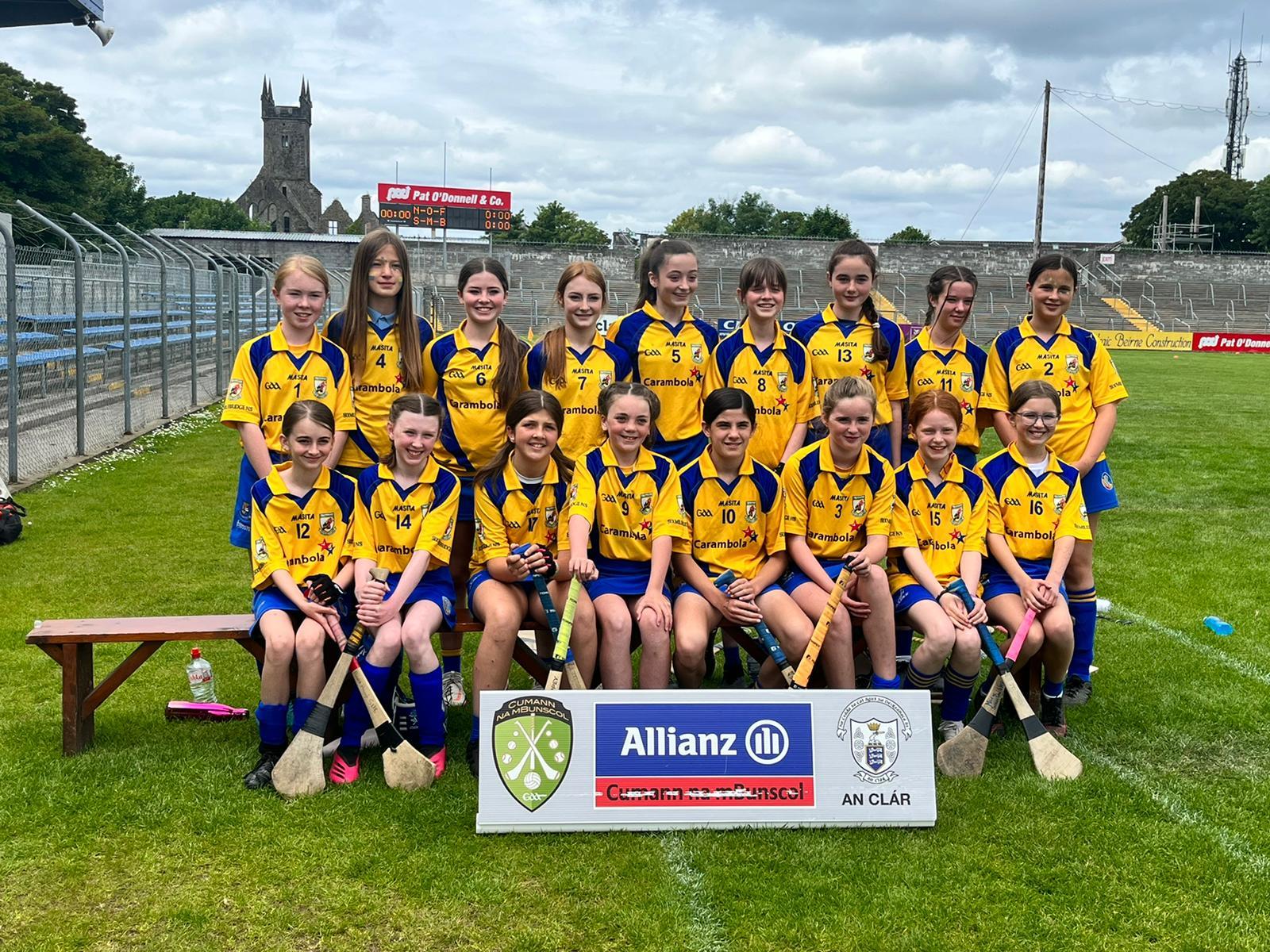 Last Wednesday Sixmilebridge National School played their Div 2 Cumann na mBunscol competition against Newmarket on Fergus. The atmosphere in Cusack Park was electric with great support from the N.S.

The opening score came from a free taken by SMB's Kate Monahan. She added to her tally by taping over another free in the 9th minute. NOF took the lead for the first time when they scored their first goal in the 10th minute. Ava Moloney took the match to a draw by scoring a lovely point. SMB then took the lead for the second time as a result of two excellent points one from a free and one from play from Kate Monahan. SMB's backline were put under alot of pressure by NOF forwards and did very well to divert more scores. NOF took the lead again quickly in the 2nd half coming after a well scored second goal. Six minutes later NOF put the nail in the coffin adding their 3rd goal. With 15mins remaining Kate pointed another free followed by a 45 to NOF. This added another point to NOF score. Final score NOF 3-2 to SMB 0-6.

The girls were absolutely relentless in their efforts with great performances coming from Ava Moloney, Eimear Peacock, Moyra O Grady and Lily Flannery. A special mention for Kate Monahan who gave an outstanding performance in both halves.

Our community is less a real character following the pass...

Under 8 Camogie Go Games Blitz round 2

Last Saturday morning with an early throw in time, the un...

In addition to tickets being available via ticketmaster t...