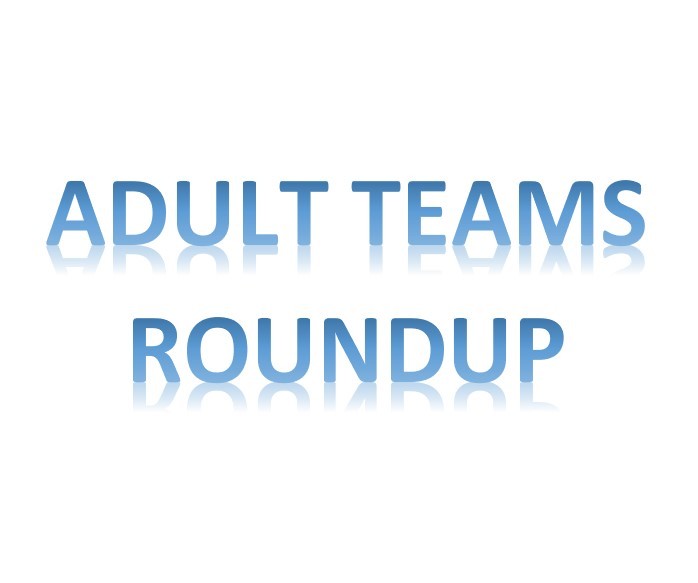 Adult Team Roundup - With the conclusion of the Adult Hurling Leagues, here is a roundup of the teams progress.

Senior
Having finished 4th in the league part of Division 1A the Seniors have reached the Quarter Final of the Clare Cup. With losses against Broadford, Kilmaley, Clonlara and Feakle, the seniors finished the league strongly with wins against Clooney Quin and Ballyea. they also had wins in earlier rounds against Cratloe, Crusheen and Inagh Kilnamona. 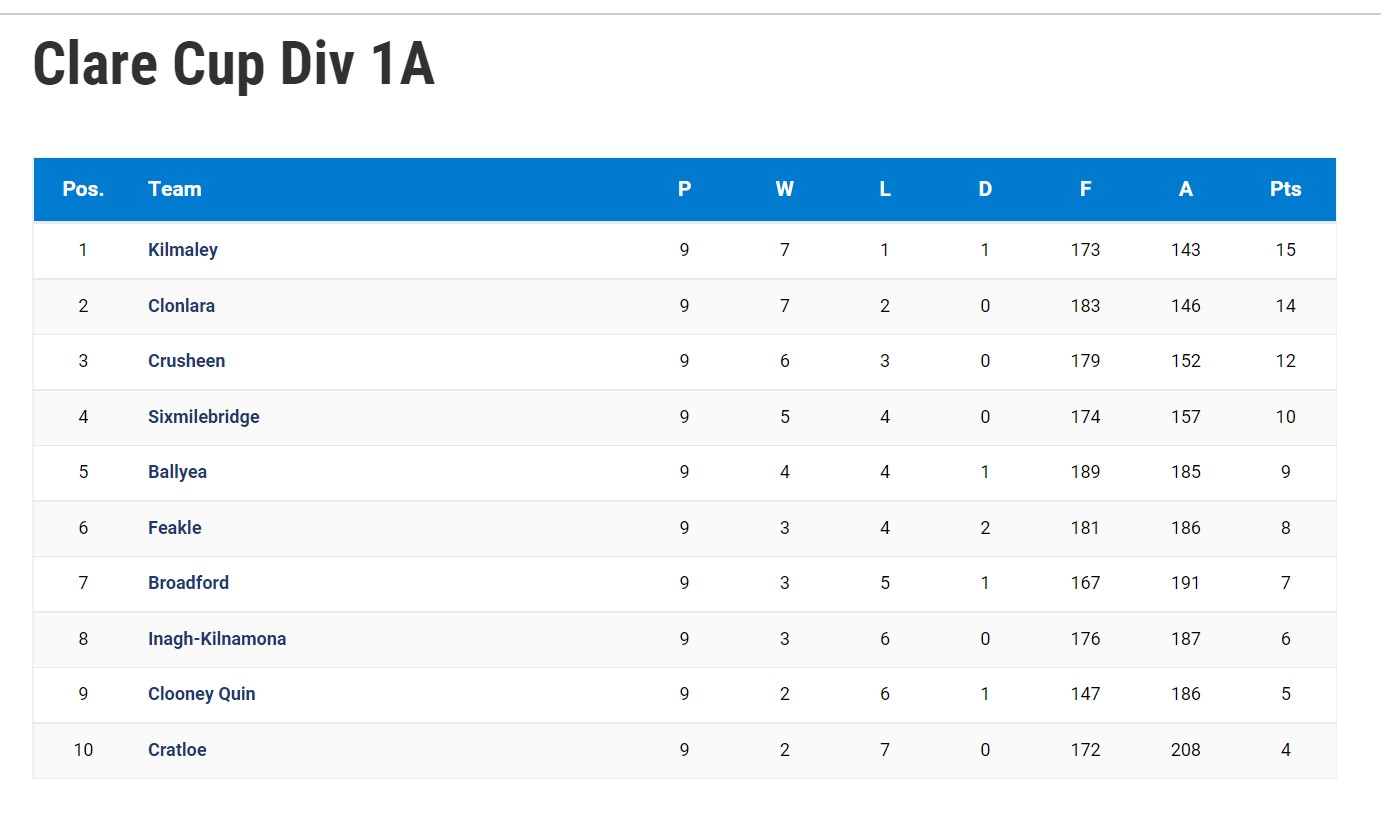 The Quarter Final takes place this evening at 630pm in Shannon and against local rivals Newmarket. With a panel being named recently, competition for places on the starting team is now beginning to intensify.

The last league outing was against Clooney Quin, which they won well on a scoreline of 0-19 to 0-09. The lineup that day and scorers were as follows:

Intermediates
The Intermediates also finished 4th in Division 2. With 5 wins and 4 losses. The losses came against Inagh Kilnamona, Ruan, Clooney Quin and Parteen while the wins came against Kilmaley, Tubber, Newmarket, Ogonnoloe and Corrofin. 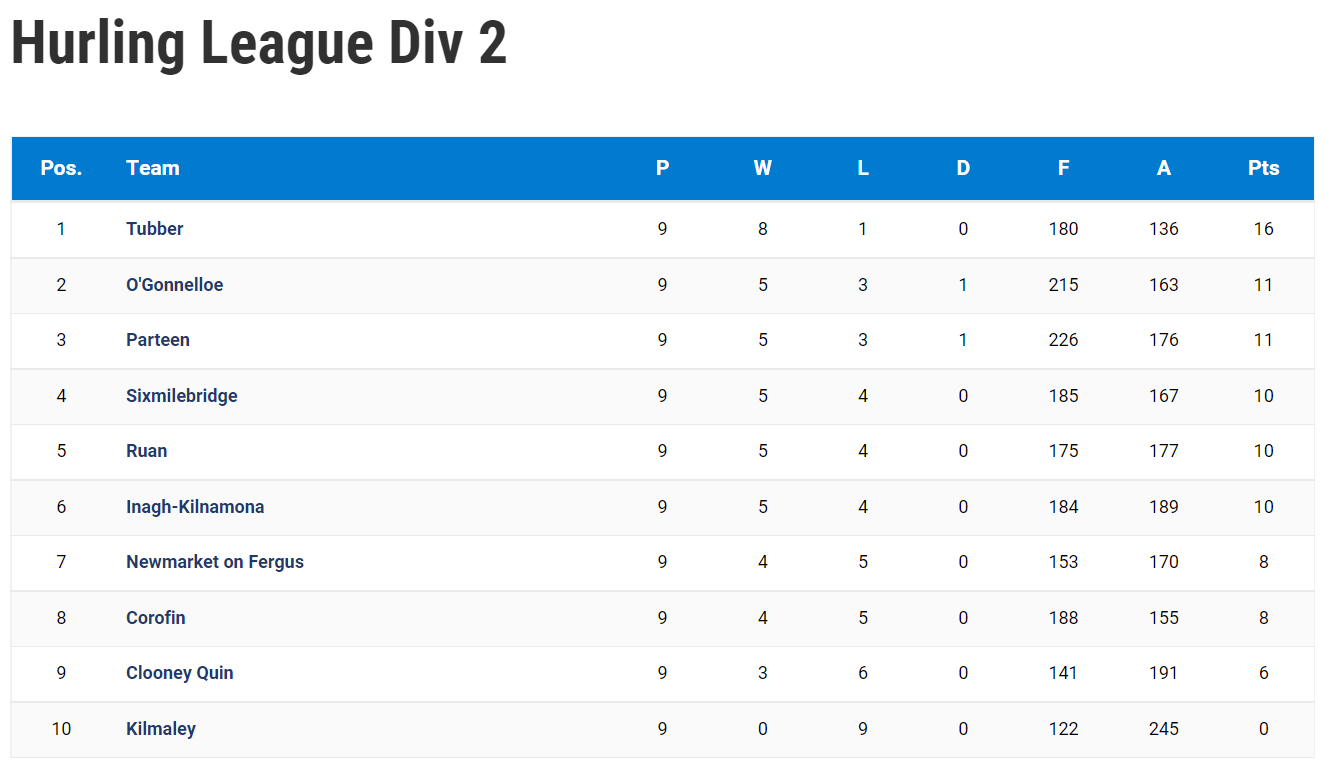 With a large number of injuries recently, the Intermediates would have had to dip into the Junior pool of players to fulfil fixtures and indeed this is one of the benefits of having a large group of players hurling across 4 adult teams. With no advancement in the league, the Intermediates will now be focusing in championship going forward.

The last league game for the Intermediates was against Kilmaley and they won on a scoreline of 1-27 to 2-16. The lineup for that match was as follows:

Junior B
The Junior B third team have finished 1st in Division 5A of the league and now progress to the Division 5 Quarter Final where they will play Scarrif on Monday evening in O' Callaghans Mills. The Junior Bs finished the league unbeaten with 3 wins, a draw and a walkover from Whitegate. The wins came against Clonlara, Kilmaley and Smith O' Briens and the draw against Feakle.

With a good mix of youth and experience this team is progressing quite well with some stellar performances in there games to date.

Junior C
The Junior C team started their campaign in Division 5C of the Junior B League, very well with a win against Ballyea and they followed up with wins against Clooney Quin and Ennistymon. They also had a walkover against Ogonolloe before experiencing defeats against Bodyke, O' Callgahans Mills and Broadford. Unfortunately their efforts were not enough to progress to the Quarter Finals Stage, so they will now also be focussing on championship in the coming weeks.

The lineup for the Bridge game against OC Mills which they unfortunately lost recently on a scoreline of 1-20 to 1-10 was as follows with scorers also:

The above outlines approximately 30 adult matches played across all the leagues for Sixmilebridge Adult Teams so far this year and this does not include the many Challenge games and U19 League and Championship games that are also being played. There is a huge amount of hurling being played and a huge effort being put in across all teams between Management and Players.